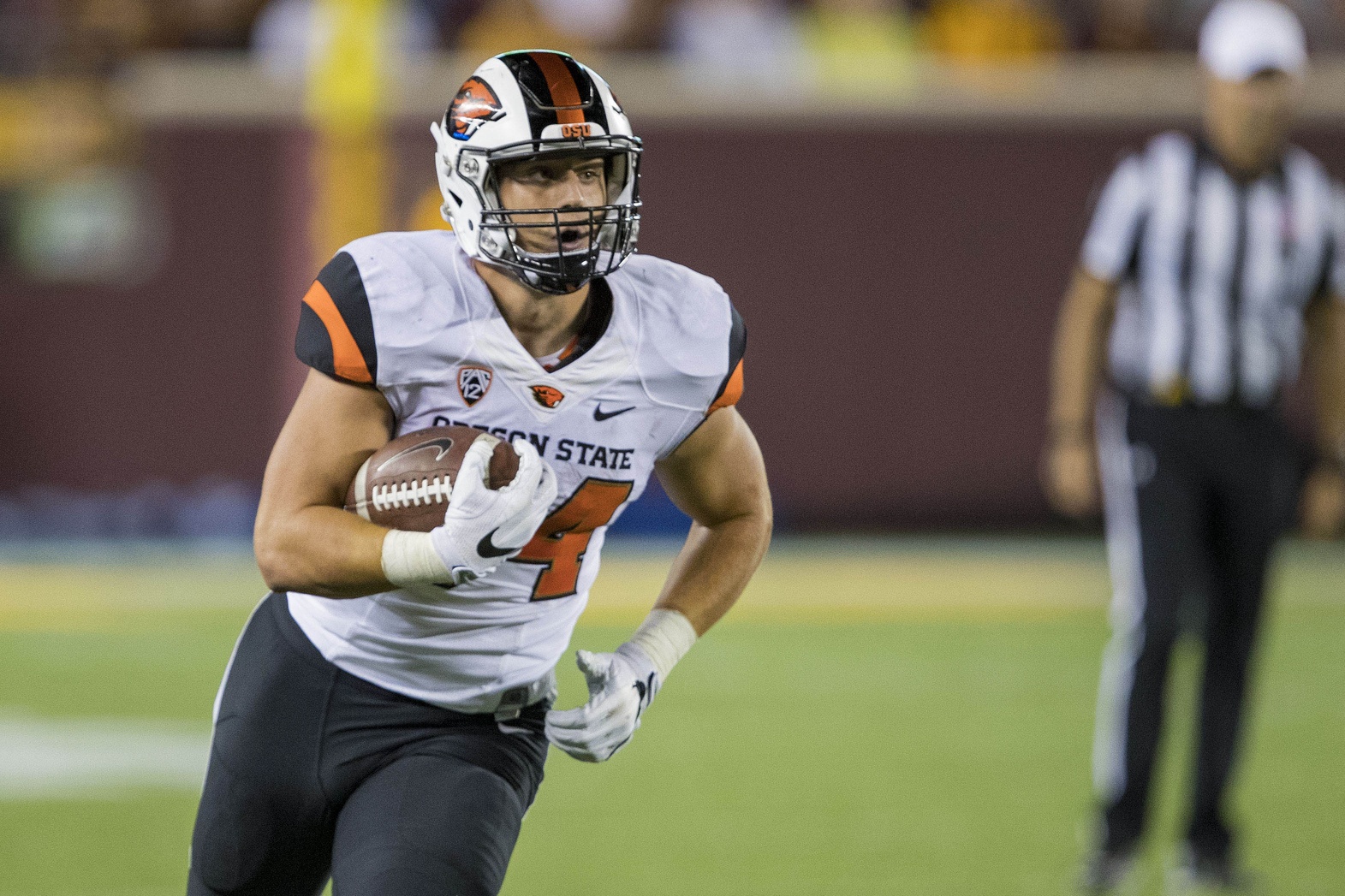 College football is back with five games taking place on the first Saturday of the 2017 season. The first game to kick off was Colorado State and Oregon State in Fort Collins.

While Beavers quarterback Jake Luton has looked iffy, his running back is surely picking up the slack.

Here, you will see Ryan Nall blast through the Rams defense for an impressive 75-yard touchdown run.

Well, that was quick!

Nall, a junior, led Oregon State in rushing with 951 yards and averaged a robust 6.5 yards with 13 touchdowns in 2016. Needless to say, he’s picking up where he left off last season.

Now, if only his quarterback could stop throwing interceptions.