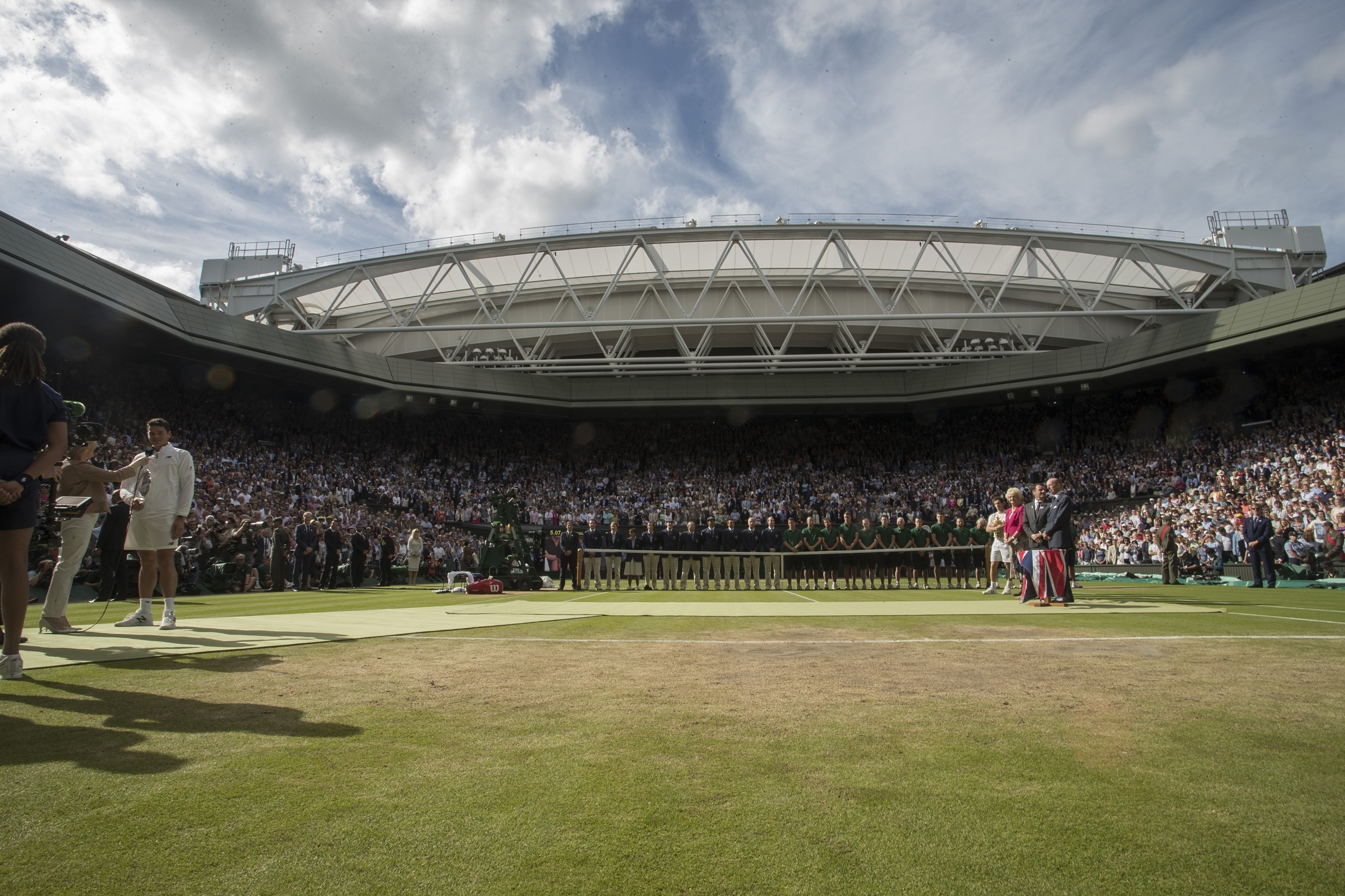 During his first-round match against Joao Sousa, Dustin Brown pulled off what may be the shot of the tournament.

After Sousa attacked the baseline with a nice backhand, Brown dove for the ball, going completely horizontal in the process. His efforts were rewarded, too.

It’s going to take some pretty special magic indeed for any player to top this shot. And it happened on the first day of action at Wimbledon.

Brown ended up dispatching Sousa, winning 3-6 7-6 6-4 6-4 in a match that featured more than a few instances of contentious behavior by the two men.