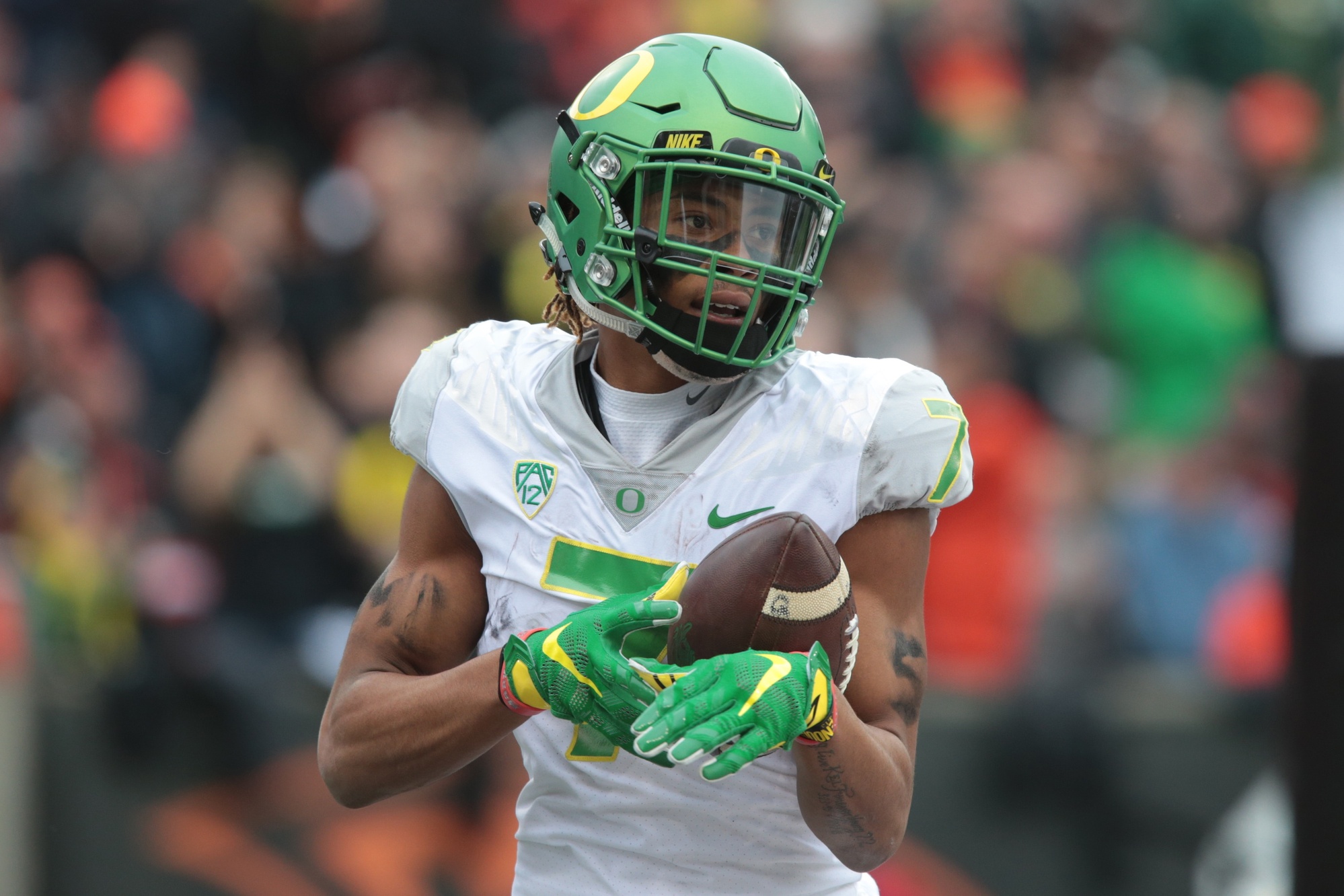 Oregon receiver Darren Carrington has been dismissed from the school’s football program following an arrest for driving under the influence of intoxicants.

The senior, who opted not to declare for the 2017 NFL Draft, was arrested weeks ago after his vehicle collided with a pole in Eugene, Ore. The team suspended him indefinitely at that time, and in the weeks since has opted to dismiss him from its program.

“I have visited with Darren Carrington and informed him that he is no longer a member of our program,” Oregon coach Willie Taggart said in a statement (h/t Michael David Smith of Pro Football Talk. “We will always consider Darren a Duck and support him in any way we can. We wish him all the best in his future endeavors.”

As noted by PFT, Carrington was viewed as a potential mid-round pick if he had come out of school following the 2017 college football season.

This incident wasn’t the first instance in which Carrington had run afoul of the law.

“He has previously been suspended for failing a drug test, cited for having an open container of alcohol, and accused of pushing a man to the ground and breaking his arm in a confrontation on the street that apparently took place because Carrington mistook the man for someone else he had previously had an issue with.”

It’s unclear what lies ahead of Carrington at this point. He could (and should) finish out his senior year as a student at Oregon.

At this time, his future as a football player is very much up in the air. As a member of the Ducks, he caught 112 passes for 1,919 yards and 15 touchdowns, playing in 29 games over the course of three seasons.