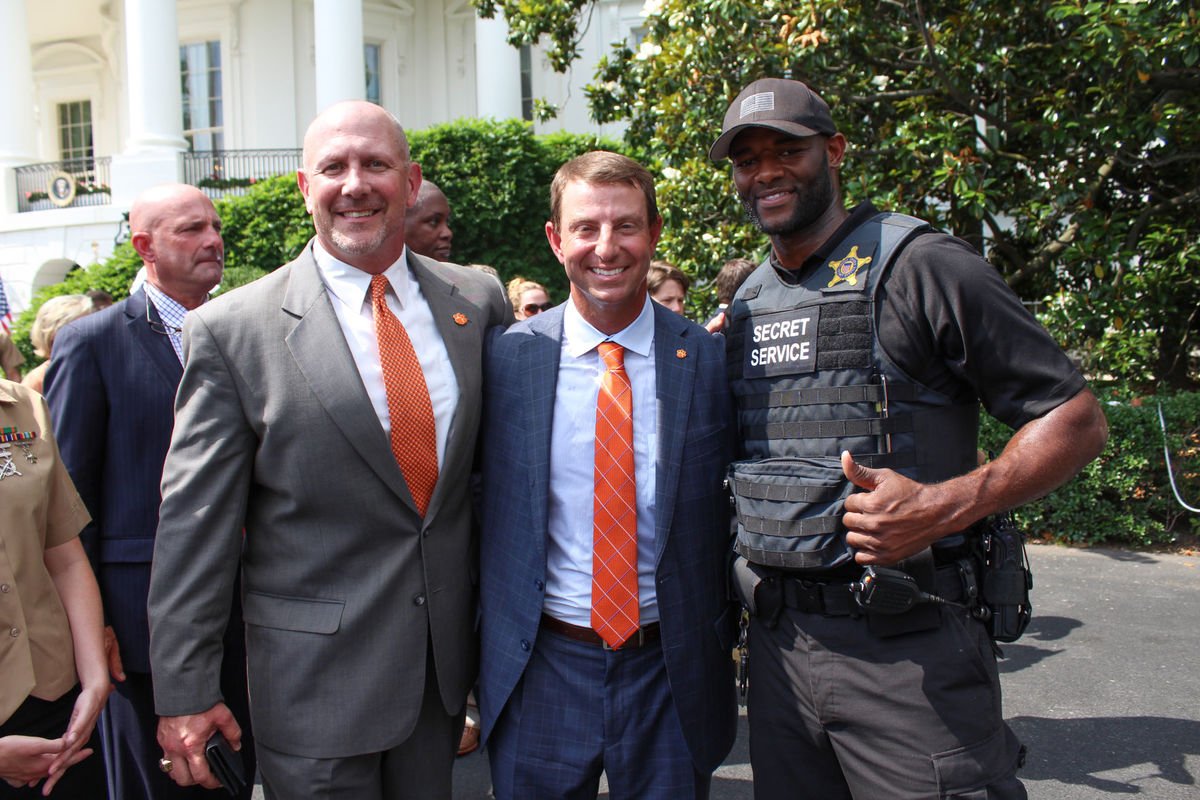 When the Clemson Tigers football team visited President Donald Trump at the White House back in June, there was a pretty interesting backstory unfolding behind the scenes.

Former Clemson wide receiver Kevin Youngblood, who suited up for the team from 2000-03, was in attendance. He wasn’t somehow invited as an honor by Clemson head coach Dabo Swinney. He’s not a member of the team’s coaching staff.

No, Youngblood was at 1600 Pennsylvania Avenene to work. For nearly the past decade, Youngblood has worked as a Secret Service agent, tasked with security for federal grounds. That includes the White House itself.

The story doesn’t end there.

“I was looking for coach Swinney. I wanted to make sure the first smile he saw when he got to the White House was mine,” Youngblood said. “That was a great moment for both of us,” Youngblood said, via The Post and Courier. “He was my position coach when I was at Clemson and we went through a lot together. To be able to share that moment was surreal for both of us.”

Swinney served as Youngblood’s wide receivers coach during his senior season back in 2003. That season saw the former pass  catcher put up 70 receptions for nearly 900 yards. It was the best performance of his college career. He would ultimately act as a journeyman for four seasons in the NFL before deciding a career change was in order.

While Youngblood works most of his time securing foreign embassies, he just so happened to be tasked with heading to the White House that day. It was a tremendous reunion for both the coach and player.

While Swinney is at the top of his profession, his former player is doing something far more important than football itself. That has to make the head coach feel pretty darn proud.