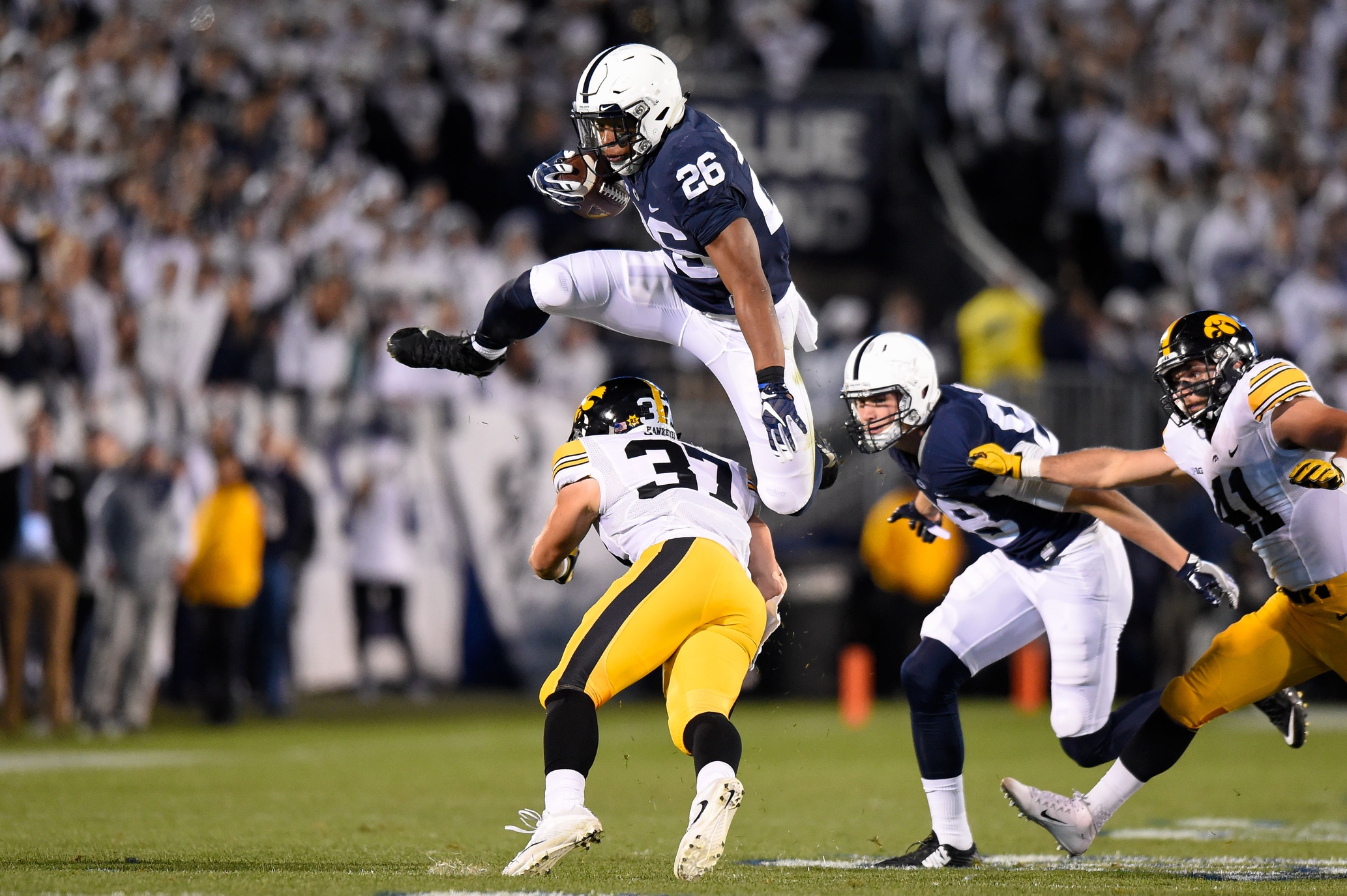 With all due respect to Nick Chubb, Royce Freeman and the aforementioned Derrius Guice, Barkley enters the 2017 season as the nation’s top running back and a front runner for the Heisman. What he did last season for a rejuvenated Nittany Lions program is absolutely absurd.

Following up a freshman season that saw him go for over 1,200 yards and eight touchdowns, this former four-star recruit absolutely dominated as a sophomore. When all was said and done, Barkley recorded nearly 1,900 total yards from scrimmage with 22 touchdowns en route to earning Big 10 Offensive Player of the Year honors.

At 5-foot-11 and 223 pounds, Barkley is somewhat similar to Ezekiel Elliott when it comes to his build. The comparisons aren’t just when it comes to frame. Barkley might have the best combination of power-running ability and elusiveness that we have seen in the college game since Elliott dominated for Ohio State back in 2015.

Already showing off his athleticism to NFL teams, Barkley ran a 4.33 40-yard dash at the Penn State Pro Day earlier this year. That’s better than the 4.47 Elliott run during the 2016 NFL Scouting Combine. This just goes to show us that all the skills are there for Barkley to be a top-end running back prospect heading into next year’s draft.