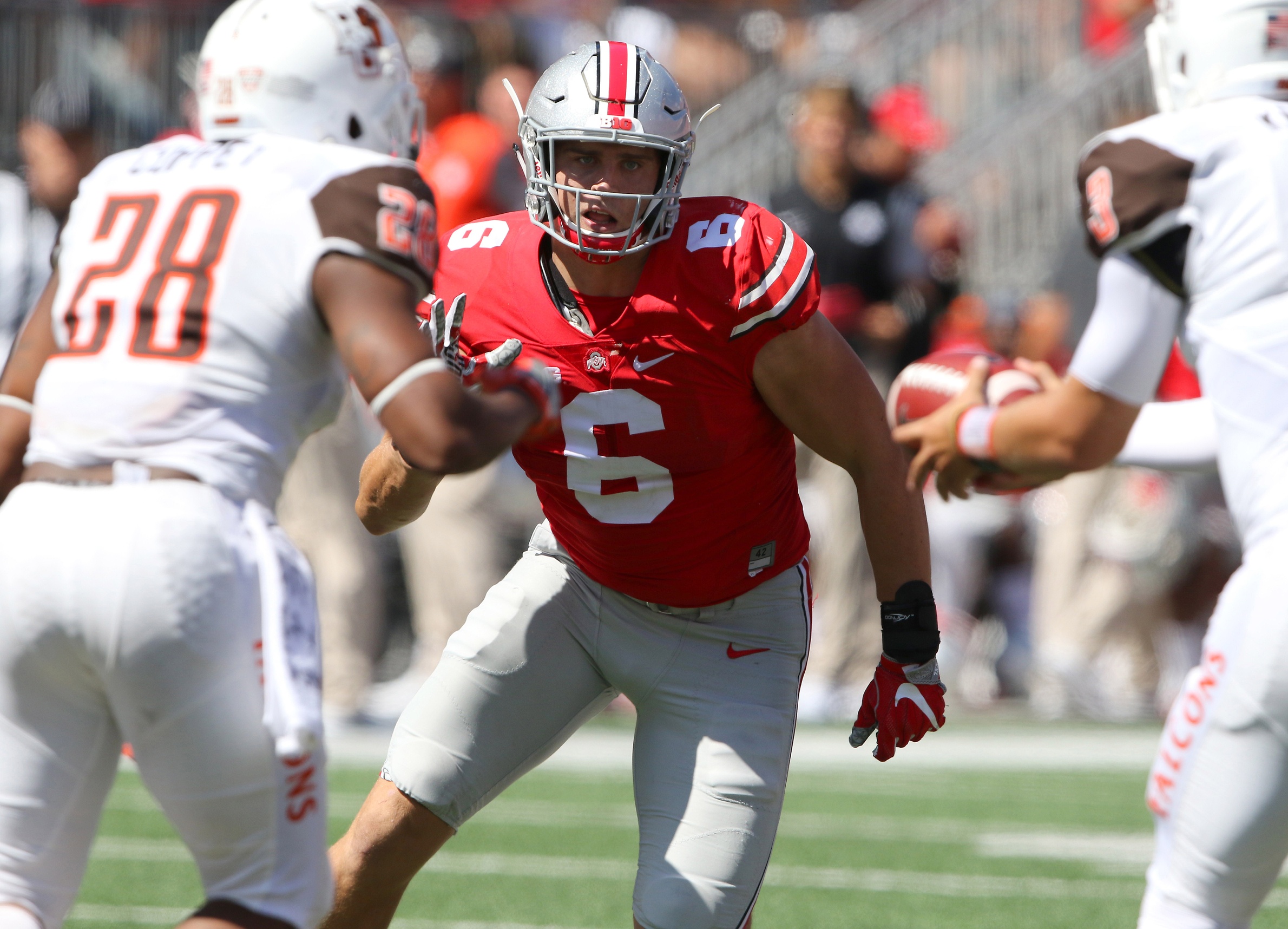 As we saw in the 2017 NFL Draft, edge rushers have become an extremely important aspect of the game. A total of seven outside pass rushers were taken in the first round alone, with that number hitting 17 in the first two days of the annual event.

The idea is simple. Now that the NFL has transitioned to a pass-happy league, defenses need to be equipped with players that can get to the quarterback from the edge.

Though, Hubbard himself is more of the Solomon Thomas ilk. And that’s what makes him such an intriguing prospect heading into the 2017 college football season. At 6-foot-5 and 266 pounds, he’s a hand-down defensive end that can move inside to become a three-down player. This is a clear indication that Hubbard will be valued as a both an interior pass rusher and someone that can come off the edge.

In his first two seasons with the Buckeyes, Hubbard recorded a combined 10 sacks and 16.5 tackles for loss. Last season saw him take on more of an every-down role with Joey Bosa and Adolphus Washington having departed for the pros. It’s in this that he became a better all-around player.

That going to be big for Hubbard as a junior. Can he play the run nearly as good as he is when it comes to providing pressure on the quarterback? If so, it would not be a huge surprise to see him go top five.