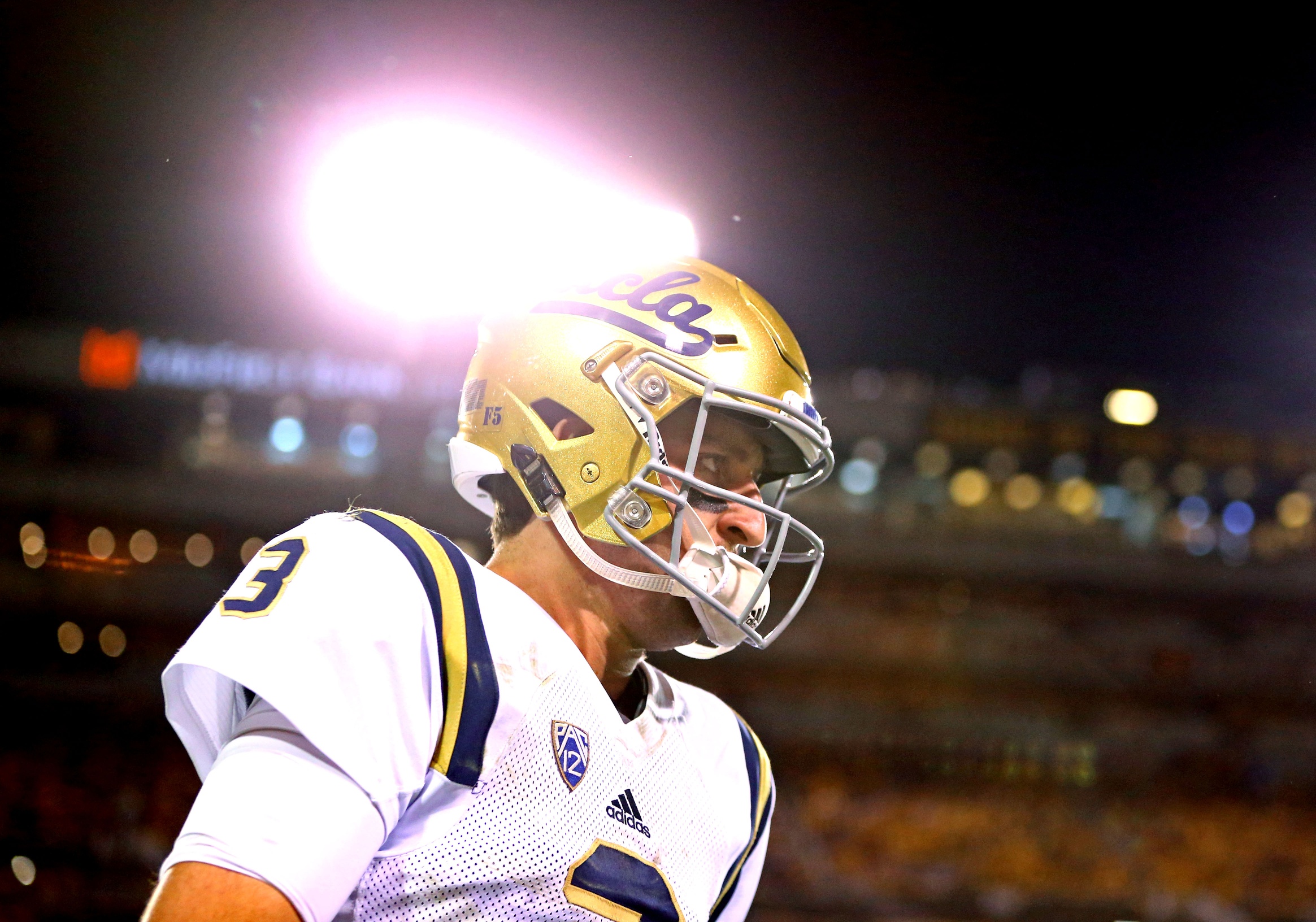 Rosen already has that Southern California hype going for him. It’s the second-largest media market in the United States. And unlike other west coast cities, takes its college football very serious. The hype we’re seeing surround Rosen is very similar to what Brett Hundley dealt with following a superb freshman season with the Bruins in 2012.

Josh Rosen is the most gifted QB in college football.

Rosen had played in a grand total of 10 college games when Daniel Jeremiah — a former NFL scout — sent that tweet out back in November of 2015.

That right there is alarming. It sends a message about expectations surrounding a quarterback that has barely got his feet wet at the college ranks. As we said before, it compares to what Hundley dealt with back in 2012. Unfortunately for the current Green Bay Packers quarterback, he never progressed in his final two seasons at UCLA, only to find himself selected in the fifth round of the 2015 NFL Draft as nothing more than a project quarterback.

These are two different quarterbacks. So it would be unfair to compare the two beyond that initial hype. What we do know about Rosen is that he has the prototypical frame at 6-foot-4 and boasts a rocket of an arm. Those are two things teams look for in a top-end quarterback prospect.

The hope here for Rosen is that he puts the shoulder injury and ensuing surgery behind him to prove that he can handle the rigors of the PAC-12 schedule. Should that happen, the junior will likely continue to improve on the field. He has all the natural talents to be an NFL quarterback. It’s now all about putting the injury and hype behind him while getting down to brass tax. If that happens, look for the talented youngster to be a first-round pick in the 2018 NFL Draft.