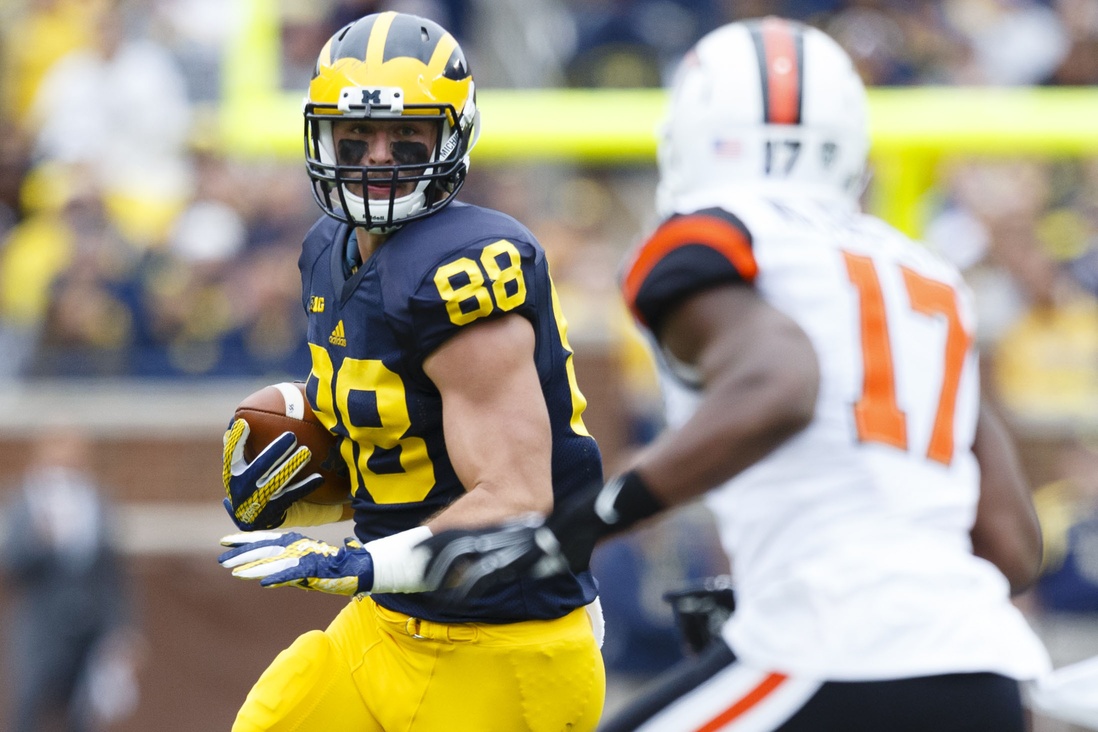 Bradley Roby and Jake Butt might be teammates with the Denver Broncos now, but the Ohio State-Michigan rivalry isn’t quite dead to them.

Roby — a former Buckeye entering his fourth year with the Broncos — was asked what he thinks about Butt, the recently drafted Wolverine tight end. Roby joked that he doesn’t expect much from Butt, or any Michigan players.

I’m not expecting much bc he went to Michigan” – Former #buckeye Bradley Roby joking about his new teammate in Denver, TE Jake Butt.

Although Roby was obviously kidding, the old rivalry will certainly add some juice to the team’s practices, especially when these two are locked up.

Roby and Butt only overlapped for one year (2013) at Ohio State and Michigan, but it was one of the more memorable games in the history of the storied rivalry. In that game, Butt caught five passes for 85 yards and a score. But Roby and the Buckeyes got the last laugh. The Wolverines scored a late touchdown to bring the score to 42-41, but opted to try to win it with a two-point conversion instead of going to overtime. Ohio State successfully defended the attempt.

While these two are teammates now, we’d wager that a few references to that game are going to be made around the Denver practice field.