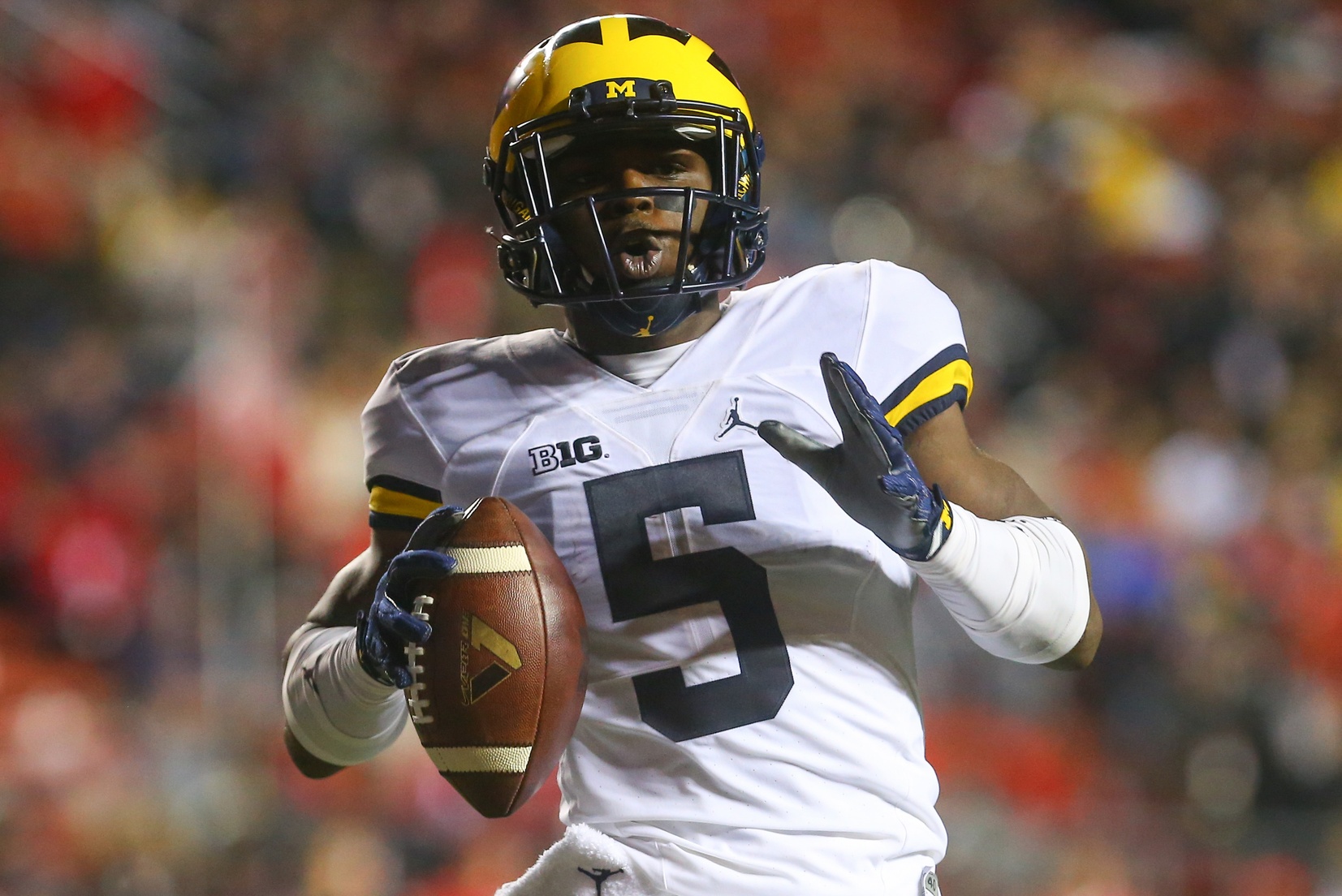 Monday will not go down as a great day in the life of NFL Draft prospect Jabrill Peppers. After it was reported that at the NFL combine, the Michigan safety tested positive for a “dilute sample,” a report surfaced that indicates sitting out the Orange Bowl is also hurting how he’s perceived among some teams.

“Adam Schefter reported today on ESPN that there are teams with concerns that Peppers didn’t play in his bowl game,” wrote Michael David Smith of Pro Football Talk. “Those teams apparently worry that by sitting out Michigan’s Orange Bowl contest against Florida State, he showed a lack of commitment to his team.”

Apparently, the reason this is any different than Leonard Fournette or Christian McCaffrey missing their bowl games is that Peppers didn’t reveal his decision until game day. Except he was dealing with a hamstring injury (more on that here).

If that makes absolutely zero sense to you, it shouldn’t.

Indeed, Fournette and McCaffrey both announced that they were not playing in their games ahead of time. The difference is that they were both healthy. In both cases, the National Championship was off the table and since both players were going to enter the NFL Draft, they decided to not risk further injury in what effectively amounted to an exhibition game. Frankly, given the positions they play, it’s hard to blame them.

But Peppers missed the Orange Bowl due to an injury. In fact, Schefter reported that Peppers wanted to play. He even added specifically that it was “not a McCaffrey or Fournette situation.”

Those who know Jabril Peppers say this "is not a McCaffrey or Fournette situation, he wanted to and planned on playing." But can't.

It really doesn’t add up.

We can’t blame Fournette or McCaffrey for their decisions. But even if it was a relatively minor injury, it’s awfully hard to blame Peppers for sitting out that game — especially if he wanted to play. In fact, if we’re going to take it to the next level, can’t we say that every player who leaves college early isn’t really committing to his team? Peppers sat out a game. But those players (including Peppers), are effectively sitting out 1-2 seasons. That’s never been a problem in the draft world.