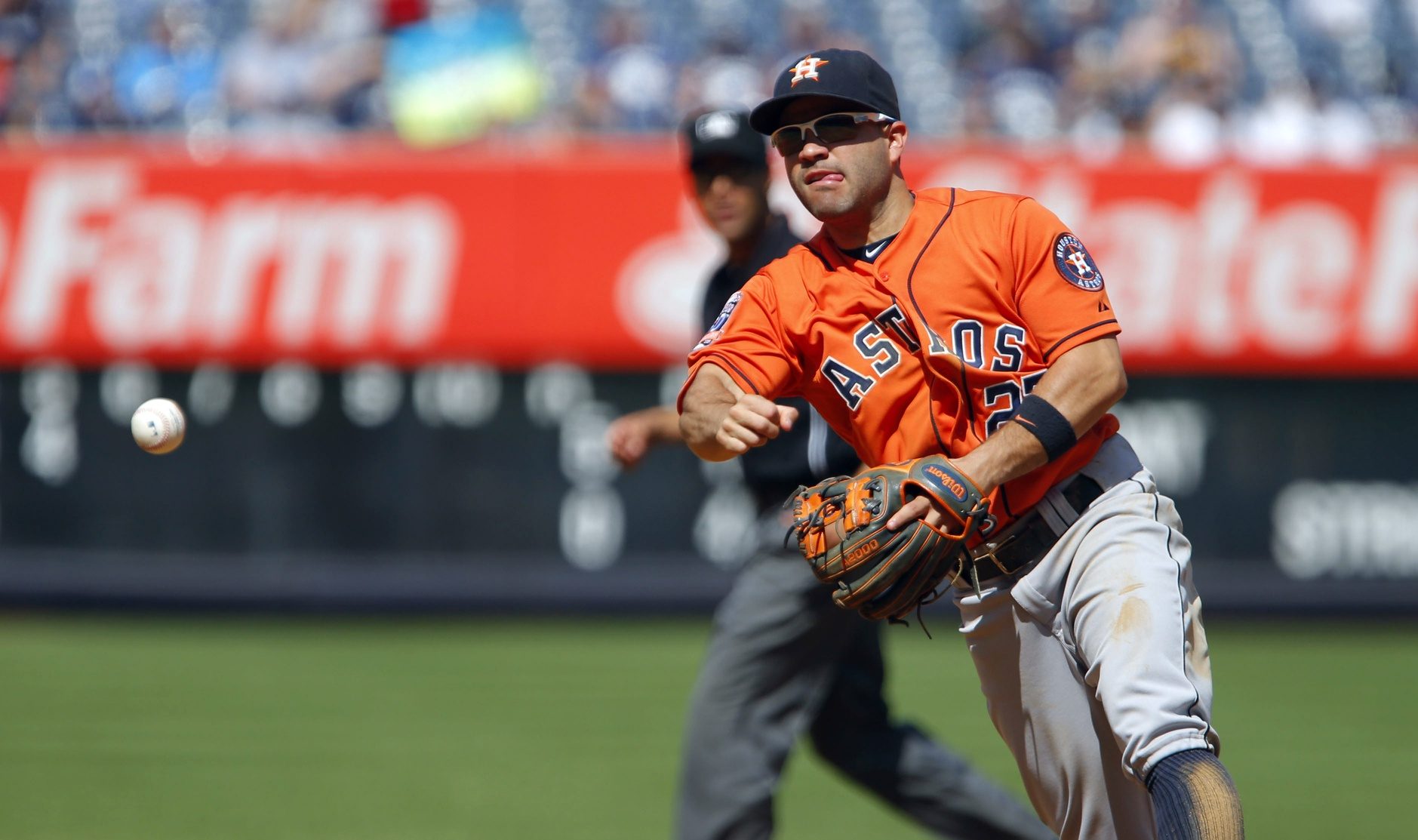 It’s admirable the work these two mid-infielders put in and how well they work together.

Carlos Correa and Jose Altuve are impressive both offensively and with their gloves.

The second baseman was one of several bringing the power surge to the position last season. But Altuve still managed to stick out.

The four-time All-Star was third in votes for American League MVP last season but was ultimately named 2016 Major League Player of the Year. Not a bad scenario.

Altuve finished the season with a league-leading .338 batting average and 216 hits.

Do I need to tell you anymore how awesome he is? Expect another phenomenal season from him.