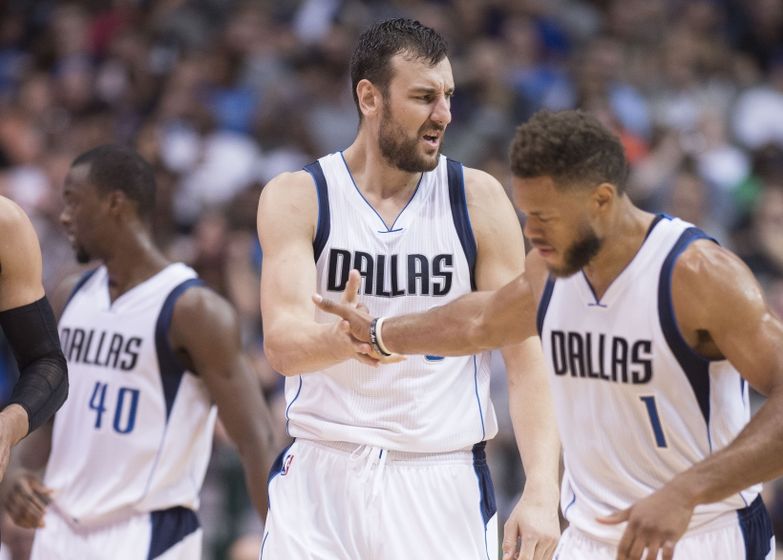 After the Philadelphia 76ers buy out center Andrew Bogut, the Cleveland Cavaliers and Houston Rockets will be active chasers, according to the Akron-Beacon Journal‘s Jason Lloyd.

“The Cavs have long had their eye on Bogut, but they’ll have competition for him – primarily from the Houston Rockets,” the report read.

Bogut would fit on either team as a backup center. LeBron James has pressed general manager David Griffin for help in Cleveland and the Australian big man can be a bruiser down low when Tristan Thompson is on the bench. Bogut averages a solid 13.4 rebounds per 36 this year and is a solid passer. ESPN has reported that the Cavs could go after point guard Deron Williams in the buyout market as well.

If he were to go to Houston, Bogut would back up Clint Capela. However, this fit makes less sense if the Rockets want to keep sophomore Montrezl Harrell’s minutes up down the stretch. Harrell is currently getting 19.0 minutes per game — a number Bogut would undoubtedly cut into.

There’s also a question as to whether Bogut is an improvement over Harrell, whose PER is 10.1 points higher than Bogut’s. If the Rockets are looking for defensive help, however, Bogut can provide it. His 5.3 defensive box plus-minus is significantly higher than anyone currently on the team.