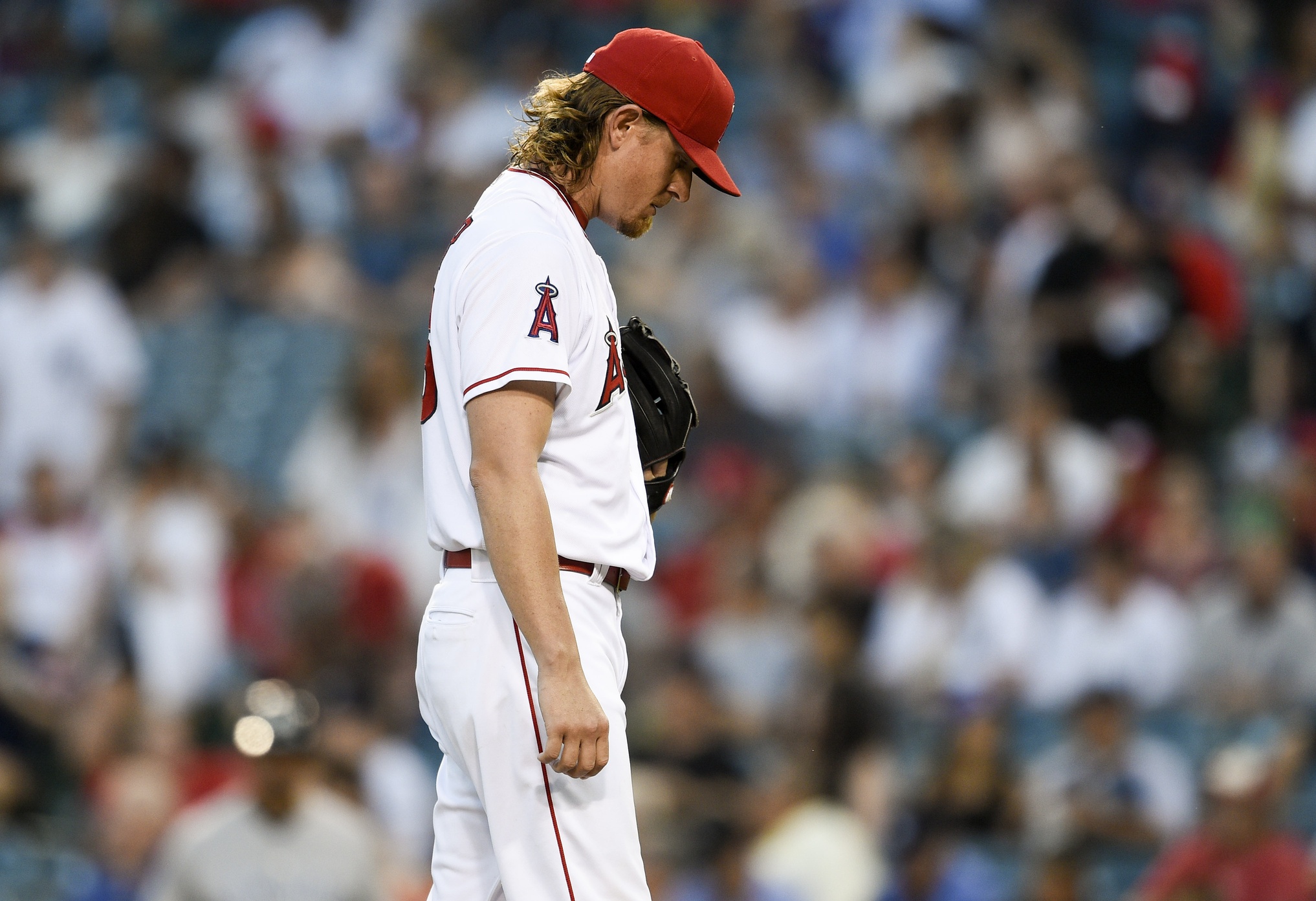 Looking to bolster their starting rotation, the San Diego Padres reportedly have turned their focus to veterans Jered Weaver and Travis Wood.

The name mentioned last is interesting enough to mention. Jake Peavy has an unquestioned history with the Padres. He pitched in San Diego from 2002-09, was the ace of the NL West champions in 2005 and 2006 and won the National League Cy Young in 2007. But his production took a deep drop in 2016, posting a 5.54 ERA and 1.43 WHIP. As bad as the Padres’ rotation is, the soon-to-be 36-year-old probably wouldn’t be good enough to crack it.

Weaver is actually similar. He’s a few years younger (34), but his prime is long behind him. In 2016, Weaver posted a 5.06 ERA with a 1.46 WHIP. A move to the National League may make things a little easier, but not much. Weaver is a Southern California native, a three-time All Star and has finished in the top-five in American League Cy Young voting three times. From that respect, he’s an interesting potential addition.

But over the last five seasons, Weaver has struggled to stay healthy and frankly hasn’t been very good when on the mound. His potential impact on the Padres would be minimal.

On the other hand, Wood could make some sense. He’s only 30 and had his best career season in 2016, posting a 2.95 ERA and 1.13 WHIP for the World Series champion Chicago Cubs. The catch is that the Cubs turned him into a reliever in 2016. As a starter throughout his career, Wood has a rather mediocre 4.19 ERA and 1.29 WHIP.

In reality, he’s probably the one with the highest ceiling and greatest chance to make an impact in the rotation. But that’s more a matter of Peavy and Weaver being uninspiring options. Wood is the best option, but a potential signing should still be met with realistic expectations.