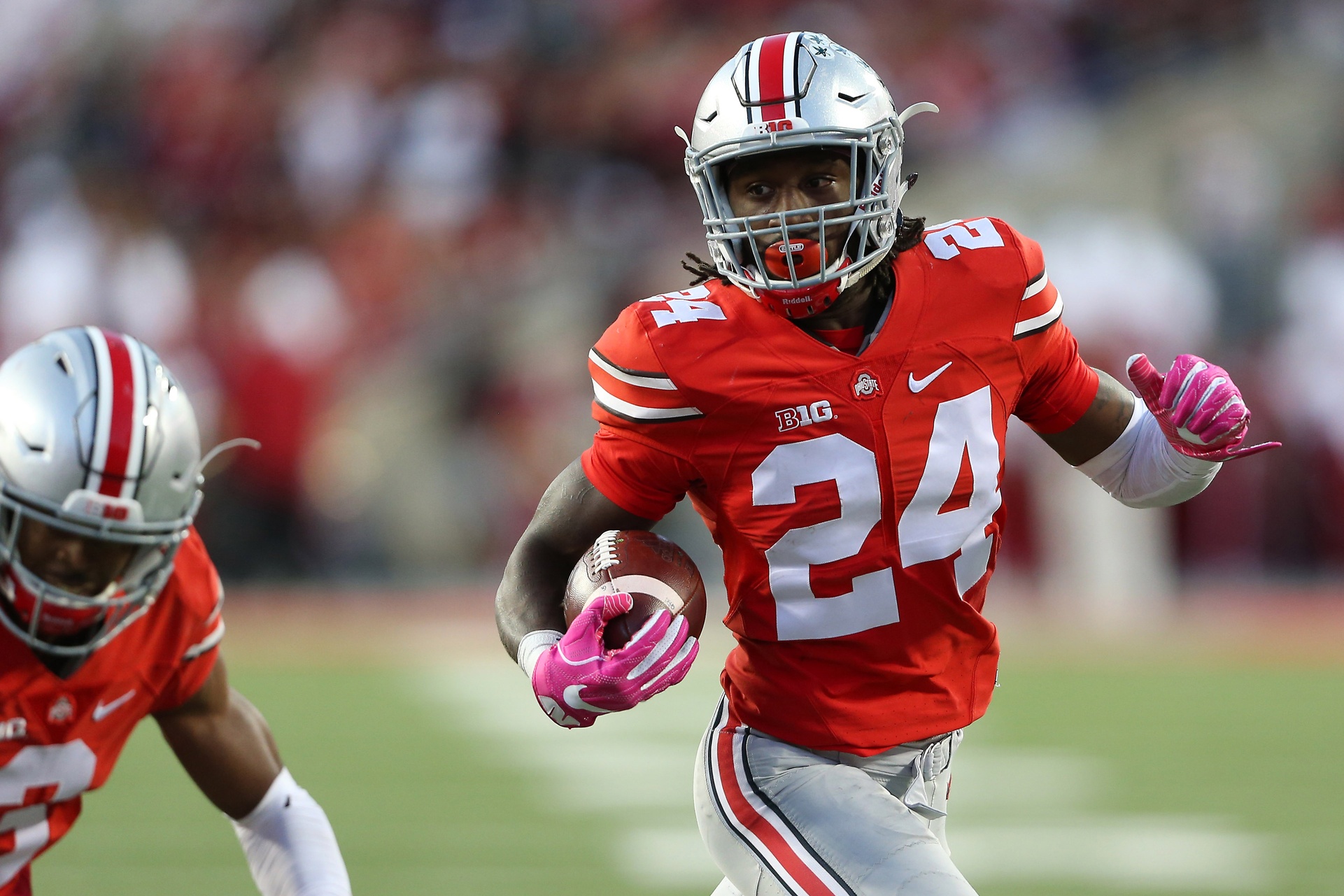 Every NFL team is looking for an impact player who can make a big difference early in their careers, but not every team will find such a player in the 2017 NFL Draft.

It’s tough to accurately project exactly how a college star will translate to the NFL games. The pro game is just so different — especially the speed of the game — and NFL rookies have a ton to deal with. They have to adjust to becoming pros, and that’s something that not every college standout can do.

With that in mind, here are the 10 most dangerous impact players entering the 2017 NFL Draft.

Mitch Trubisky certainly has a package of tools that will get NFL teams desperate for a quarterback looking at him closely. As one season as the full-time starter for UNC, he completed 304-of-447 passes (68 percent) for 3,748 yards and 30 touchdowns, compared to just six interceptions.

Trubisky is a big-bodied quarterback, checking in at 6-foot-3, 220 pounds. He has a big arm and throws with some accuracy and zip. He’ll make sense in a pro-style system, but he’s also an underrated athlete. Trubisky rushed for 439 yards and eight touchdowns in his three seasons with the Tar Heels.

NFL teams may be weary of his lack of starting experience, but his talent is undeniable.

With players like Leonard Fournette and Dalvin Cook on the board, Tennessee’s Alvin Kamara is not be the first running back people think about when talking about the 2017 NFL Draft. With that said, he could end up being a sneaky-good pick, and he’s definitely a playmaker.

Kamara is only 5-foot-10, 215 pounds, but he has good vision, tremendous open field speed and he’ll bring a ton of versatility along with him.

The Tennessee product can line up in the backfield, but he’s also comfortable out wide as a receiver. He could also make a big impact as a kick or punt returner in the NFL. So all-in-all, he’s a high-value pick.

In two seasons with the Vols, Kamara rushed for 1,294 yards and 15 touchdowns. He caught 74 passes for 683 yards and seven touchdowns, and he returned one punt to the house. 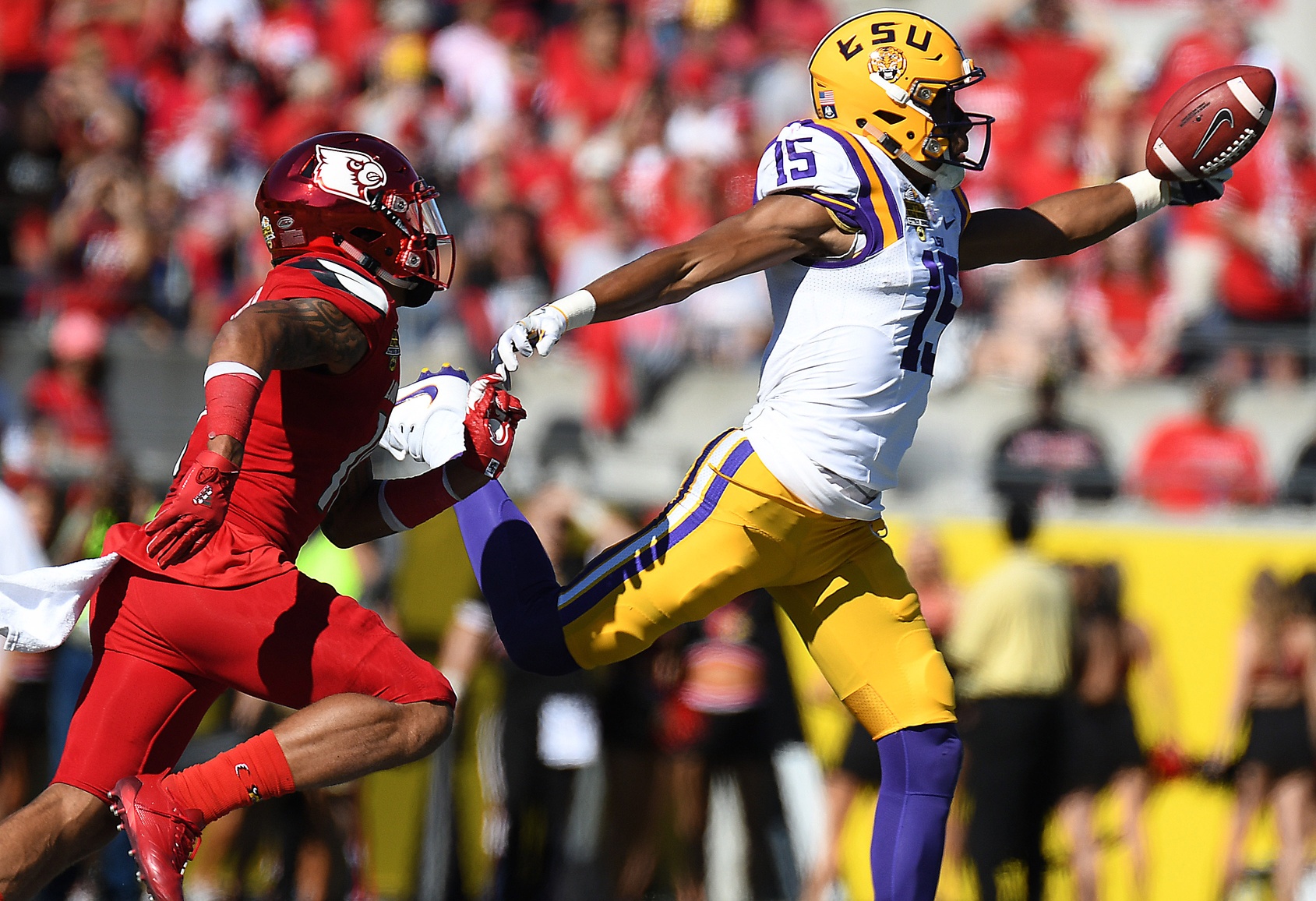 LSU receiver Malachi Dupre is not entering the NFL with the most eye-popping stats, but consider the facts.

In his three seasons with the Tigers, he hasn’t had the most dynamic of quarterback play to back him up. LSU, both under Les Miles and Ed Orgeron, has been known for its stifling defense and stellar running game. The Tigers’ receivers are often extremely talented (um hello, Odell Beckham Jr. and Jarvis Landry), but they don’t always put up huge numbers.

Dupre fits that mold and NFL teams will undoubtedly see his big-play potential. He’s tall, athletic and lanky at around 6-foot-4, 190 pounds, and he has deep-threat speed and hands. Dupre is the type of wideout a quarterback can just throw the ball up to, knowing that he has a great chance to come down with it. That said, he also runs smooth routes and has way above-average agility.

In three seasons with the Tigers, Dupre totaled 1,609 yards and 14 touchdowns. He averaged 16.4 yards per catch.

Jordan Leggett, the Clemson star, is a big-bodied tight end who checks in at 6-foot-5 and is around 250 pounds. He is best known right now for his production in Clemson’s CFP National Championship game win over Alabama. It was a game that saw him catch seven passes for 95 yards, including a huge catch that likely set up the game-winner.

This Jordan Leggett catch could be Clemson's biggest catch all year pic.twitter.com/tt6yFmChgO

Leggett is big enough to excel as a run blocker in the NFL, but he’s also a good athlete. Clemson lined him up out wide at times, so he definitely fits the new era mold of tight ends.

Throw in some big-game experience, and it wouldn’t be surprising to see him make some big plays in the NFL sooner rather than later. Keep in mind, he did play four seasons for Clemson, so he’s basically a veteran coming in as a rookie.

Cam Robinson is the type of left tackle that can anchor the hopes and futures of an NFL franchise for over a decade. He’s a big, big guy, checking in at 6-foot-6, 326 pounds and moves extremely well for a man of his size.

He started at left tackle for Nick Saban’s Crimson Tide for all three of his seasons in Tuscaloosa. And sure, he did have a run-in with the law this past offseason, but for all intents and purposes he’s moved on and he’s ready to be a first-round draft pick for some lucky team.

Robinson is huge, and he has the strength that comes along with it, but he’s athletic and also very quick. If you could build an NFL left tackle in a lab, it would end up looking a lot like Robinson.

A former five-star recruit ranked as the No. 1 weak-side defensive end in the 2013 class according to 247Sports, Lawson brings a ton of talent and potential with him to the NFL. He notched 67 tackles, 24.5 tackles for loss and 14.5 sacks in three seasons as a defensive end for Auburn.

At 6-foot-2, 253 pounds, he may project best as an outside linebacker in the NFL. To that end, he played plenty without his hands in the turf for the Tigers so that shouldn’t be a problem.

Lawson definitely has the athleticism and burst to be elite on the edge. He has a quick first step, is athletic enough to dip his shoulder and turn the corner, and he uses his hands very well to get off blocks. 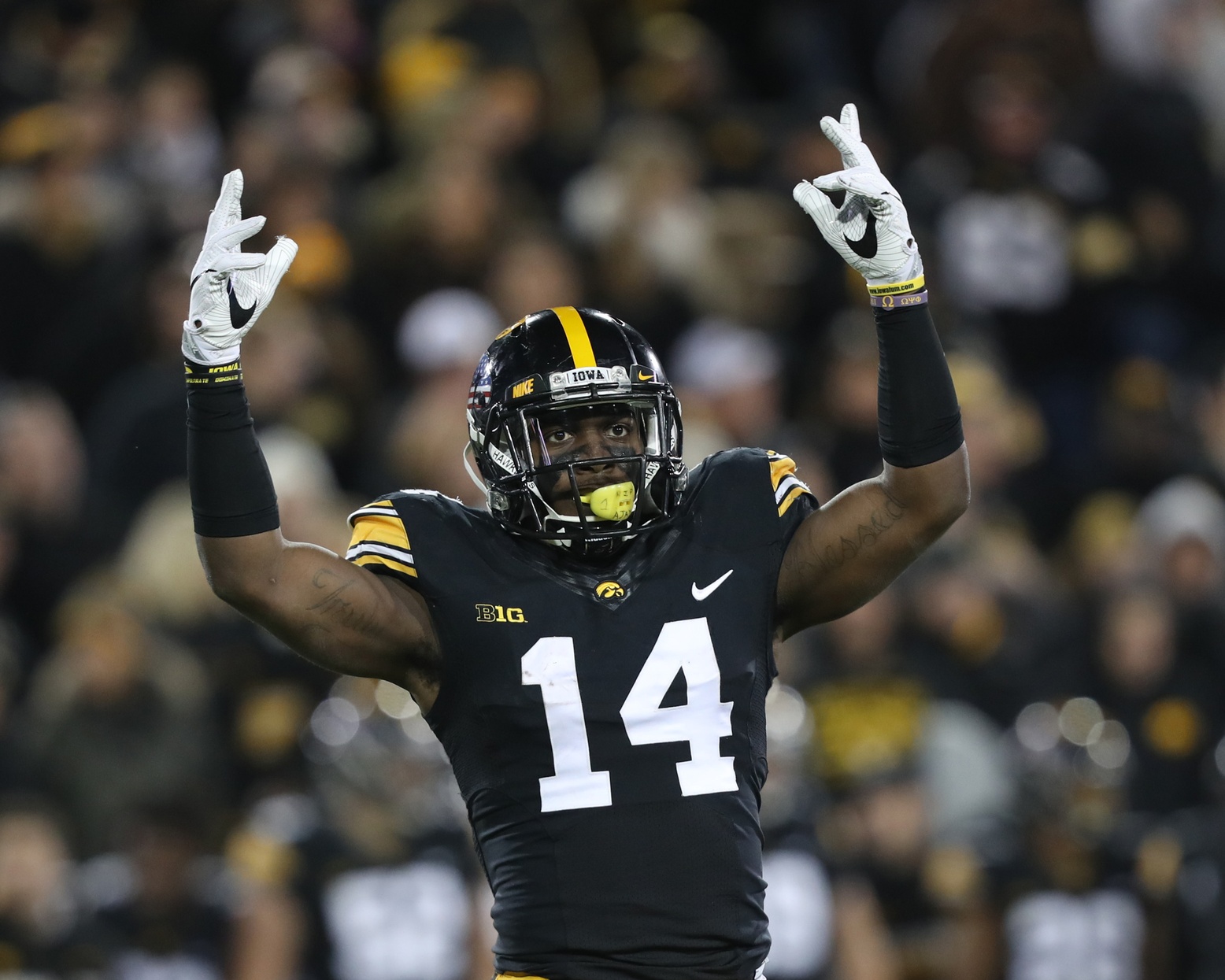 When all is said and done and we look back, Desmond King could be the best defensive back to come out of this draft. King is a physical and athletic player who was made to play NFL football. He’s only 5-foot-11 and around 200 pounds, but that allows him to play with great leverage, and he’s not afraid to get physical — either in jam situations or against the run.

King has the strength and speed to go one-on-one with receivers and he’s an absolute ball-hawk. In four seasons for the Hawkeyes, he collected 14 interceptions, including eight in 2015. He found a way to take two of those back to the house, and he also was credited with 33 passes defended.

In the NFL, he projects better as a safety than a pure corner, based on his ball-hawking skills, tenacity and toughness against the run.

As an added bonus, King can play special teams in the NFL. He notched over 1,000 returning kicks for Iowa, and just over 500 returning punts.

T.J. Watt obviously has the name recognition associated with his elder brother J.J. Watt, but it’s not just his famous name that will attract him to NFL scouts.

He has NFL pedigree, and that can be very important. It’s in his blood, and NFL personnel folks are basically guaranteed that he won’t be fazed by the flashy lights and professionalism of the league.

Watt is also very talented. In just two seasons for Wisconsin, he notched 70 tackles (41 solo), 17 tackles for loss and 11.5 sacks (all in 2016). He also forced two fumbles, grabbed one fumble recovery, defended six passes and took one interception back to the house.

He’s the type of defender who will always find his way around the football. Think Clay Matthews, or yes, J.J. Watt.

Malik Hooker is a straight-up playmaker. In just two seasons, he accumulated 84 tackles (43 solo), 5.5 tackles for loss, four passes defended, an incredible seven interceptions and three interceptions taken back for a touchdown.

Hooker just has a nose for the football, which is exactly what NFL teams want to see in a safety. And he obviously played at a big-time level for one of the best programs in the country.

He’s a great, instinctive athlete who will make plays in the secondary, but he’s also not afraid to come down in run support and bring the boom. He’s a first-round lock and should be an instant impact player for the lucky team that lands him.

Dual-threat quarterbacks have had an interesting history in the NFL. And though some would say they are risky draft picks, Evans could buck that trend.

First of all, he has size on his side. Evans is 6-foot-4, 235 pounds, so he’s not some nimble quarterback running around out there. He should be able to handle NFL hits. And for as good as an athlete and a runner he is, he can also chuck the ball. Evans has a pretty and effortless deep ball, and he should be able to make most throws asked of him at the NFL level.

In just one season with Virginia Tech, his junior year, Evans completed 268-of-422 passes (63.5 percent) for 3,552 yards and 29 touchdowns with just eight interceptions. He also rushed 204 times for 12 touchdowns, averaging a healthy 4.1 yards per carry.

While he might be a year or two removed from being able to perform as an NFL starter, he surely has the tools to succeed.