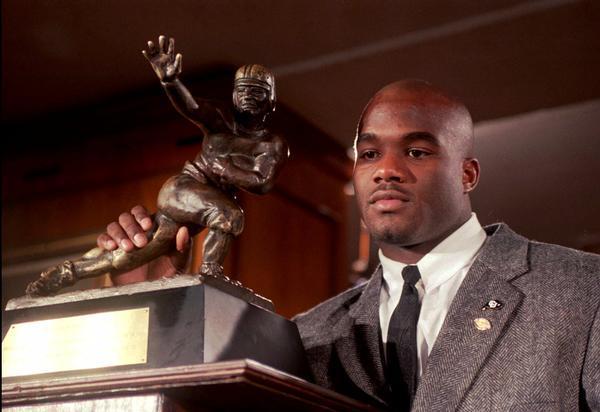 Former Heisman Trophy winner Rashaan Salaam has passed away at the age of 42. He was found dead in Boulder where he made a name for himself playing for the Colorado Buffaloes.

ESPN’s Adam Schefter first reported the tragic news, and shortly afterwards the University of Colorado confirmed it. He was found Monday night in a Boulder park, though thankfully Boulder police say there is no evidence of foul play.

“The Buff Family has lost an outstanding young man and a great Buff today,” Athletic Director Rick George said. “We are heartbroken for Rashaan and his family and our thoughts and prayers are with them at this very difficult time.”

Helping the Buffaloes finish the 1994 season with an 11-1 record and a No. 3 ranking, Salaam was the Heisman winner that year after rushing for 2,055 yards. At the time, he was just the fourth player in college football history to eclipse 2,000 yards.

After his stellar college career, Salaam was drafted by the Chicago Bears with the 21st overall pick in the 1995 NFL Draft. He spent three years in Chicago and another with the Cleveland Browns, rushing for 1,684 yards and 13 touchdowns in his NFL career.