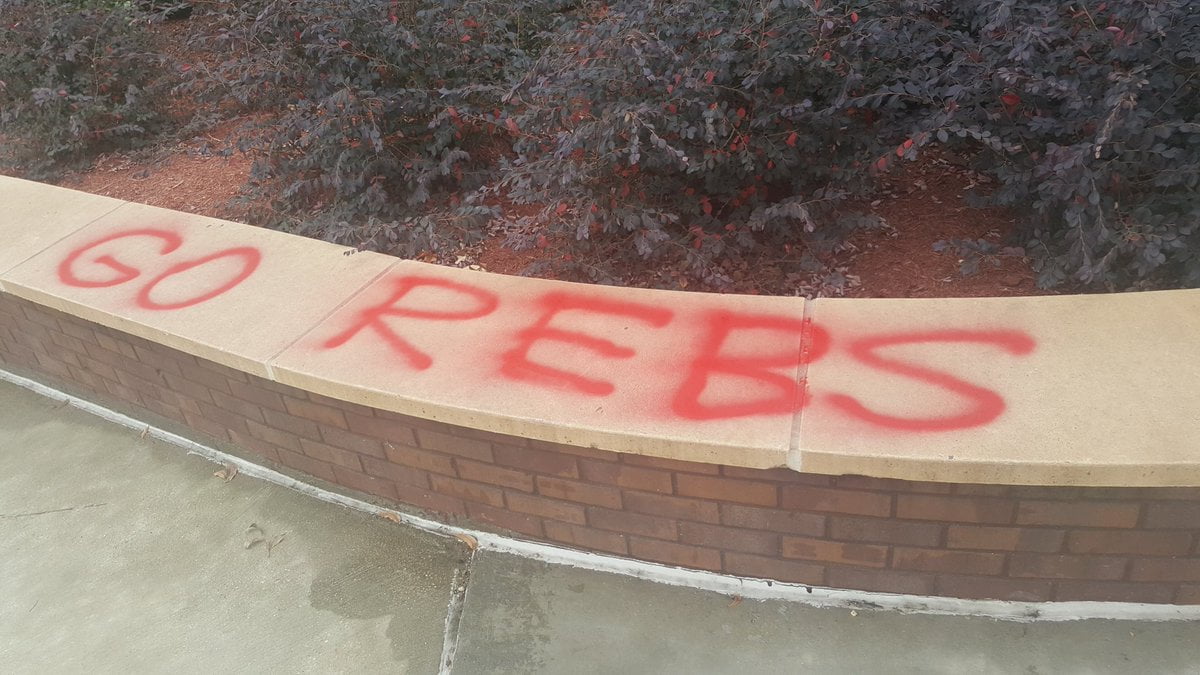 Officials at Mississippi State University received a harsh wake-up call Saturday morning when graffiti was spotted around Davis Wade Stadium. The stadium had been vandalized with red spray paint by what we assume are Ole Miss students or fans, based on the messages left behind.

According to Michael Bonner of the Clarion Ledger, Mississippi State Athletic Director John Cohen had no comment on Saturday morning. He also reported the situation is “an ongoing investigation.”

Bonner also provided pictures of the graffiti, noting cameras could have potentially captured the images of those responsible for the vandalism.

There are cameras all around the stadium. Those will obviously be looked at. pic.twitter.com/voIbbrfhW9

Making a loop around the stadium and found some more graffiti. pic.twitter.com/uwLLrxtqxD

Being that Ole Miss and Mississippi State are in-state rivals, it’s not surprising whatsoever that someone or a group of people ran around tagging up Davis Wade Stadium. This type of activity has been going on for decades.