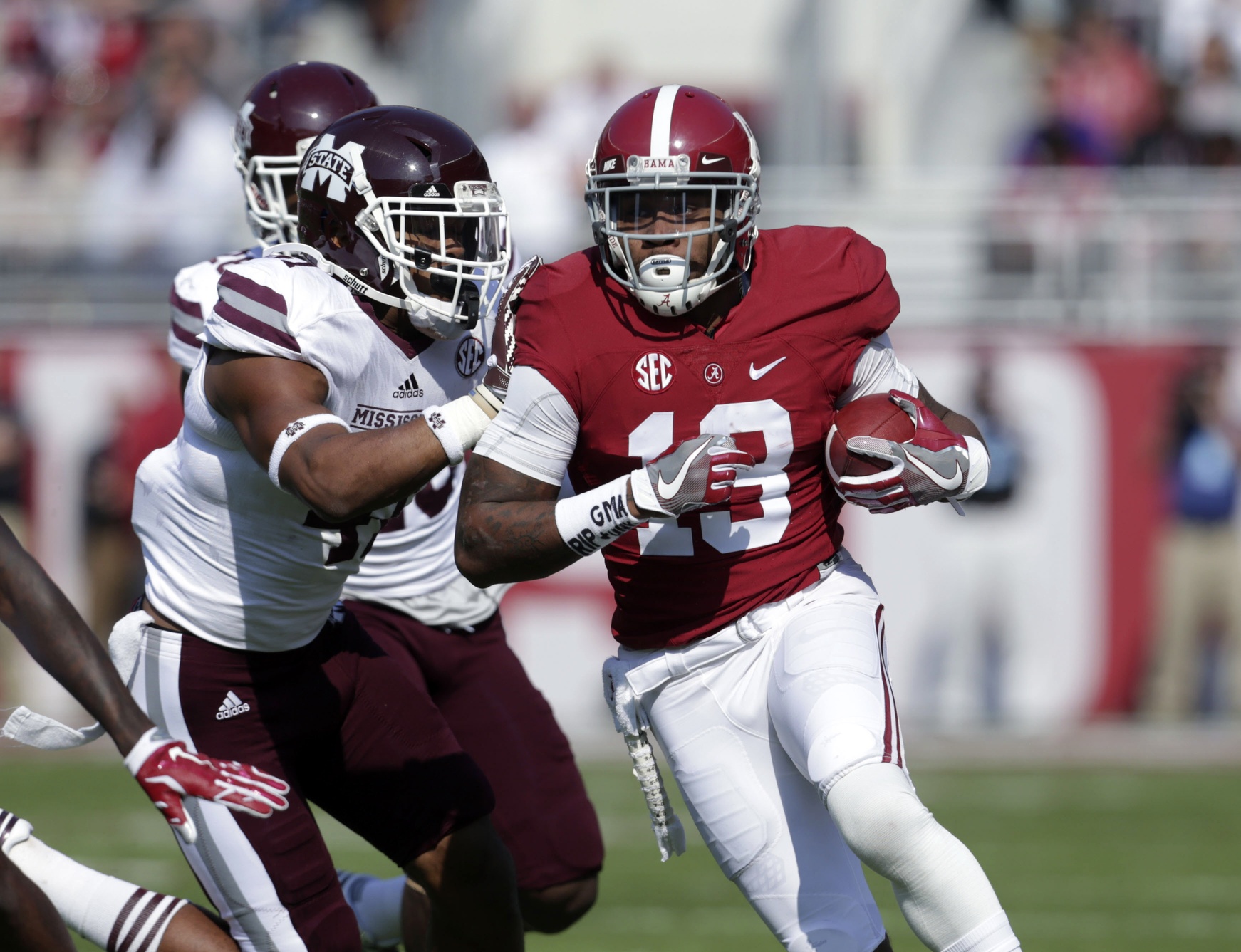 ArDarius Stewart had a monster game for Alabama on Saturday as the Crimson Tide rolled over Mississippi State at home. After the game, ESPN’s Holly Rowe went to interview him and started asking him how he felt about his three-touchdown performance.

Stewart didn’t get to answer her question.

Instead, as you can see above, the ESPN crew disengaged from Stewart to interview Nick Saban instead.

Stewart’s three touchdowns receiving tied a school record. He finished with eight catches for 156 yards during Alabama’s 51-3 blowout at home over the hopelessly overmatched Bulldogs.