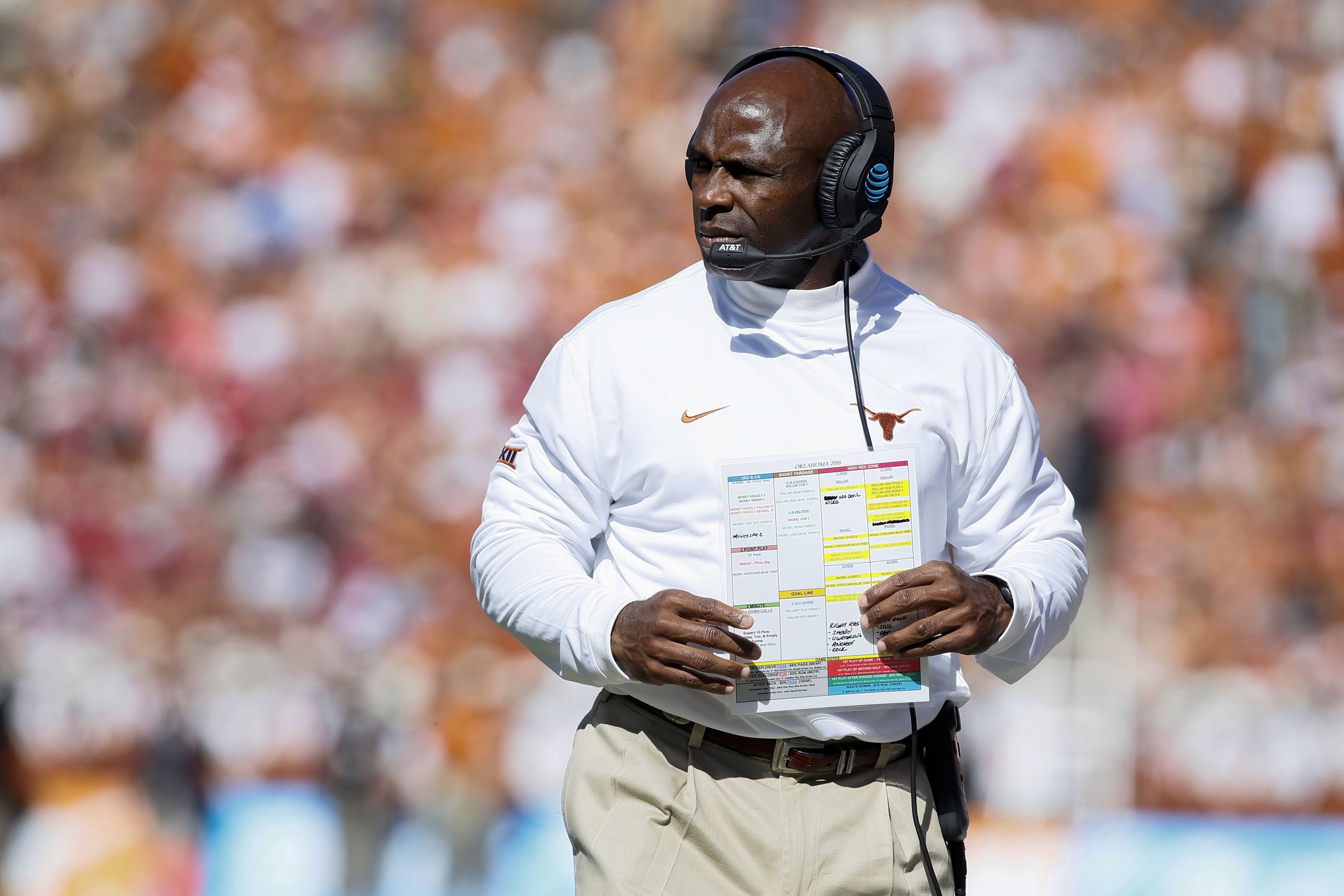 Texas athletic director Mike Perrin responded to the many rumors that Texas has decided to fire Charlie Strong after the Longhorns lost to Kansas, 24-21, in overtime.

Many news outlets have reported sources as saying that Strong will be fired, but there is no consensus as to when it will happen. Some reports suggest the university will announce the decision on Monday, while others are reporting the move will not be made until after the team’s final game against TCU in Week 13.

On Sunday, Perrin shot them all down.

The Longhorns have not had a winning season since Strong came on board to replace Mack Brown in 2014. The program appeared to be headed in the right direction with a huge overtime win over Notre Dame to start the season and a blowout against UTEP in Week 2.

But things quickly spiraled down from there. Three straight losses followed, along with questions about Strong’s leadership, and the Longhorns have managed just three wins since. Now at 5-6 on the season, bowl eligibility is in question heading into the final week of the season, as is Strong’s job security.

While Perrin wants to tamp down the rumor mill, he must realize that keeping Strong is out of the question. Despite his protests that the university has not made any decision as of yet, it sure seems like he’s just delaying the inevitable.