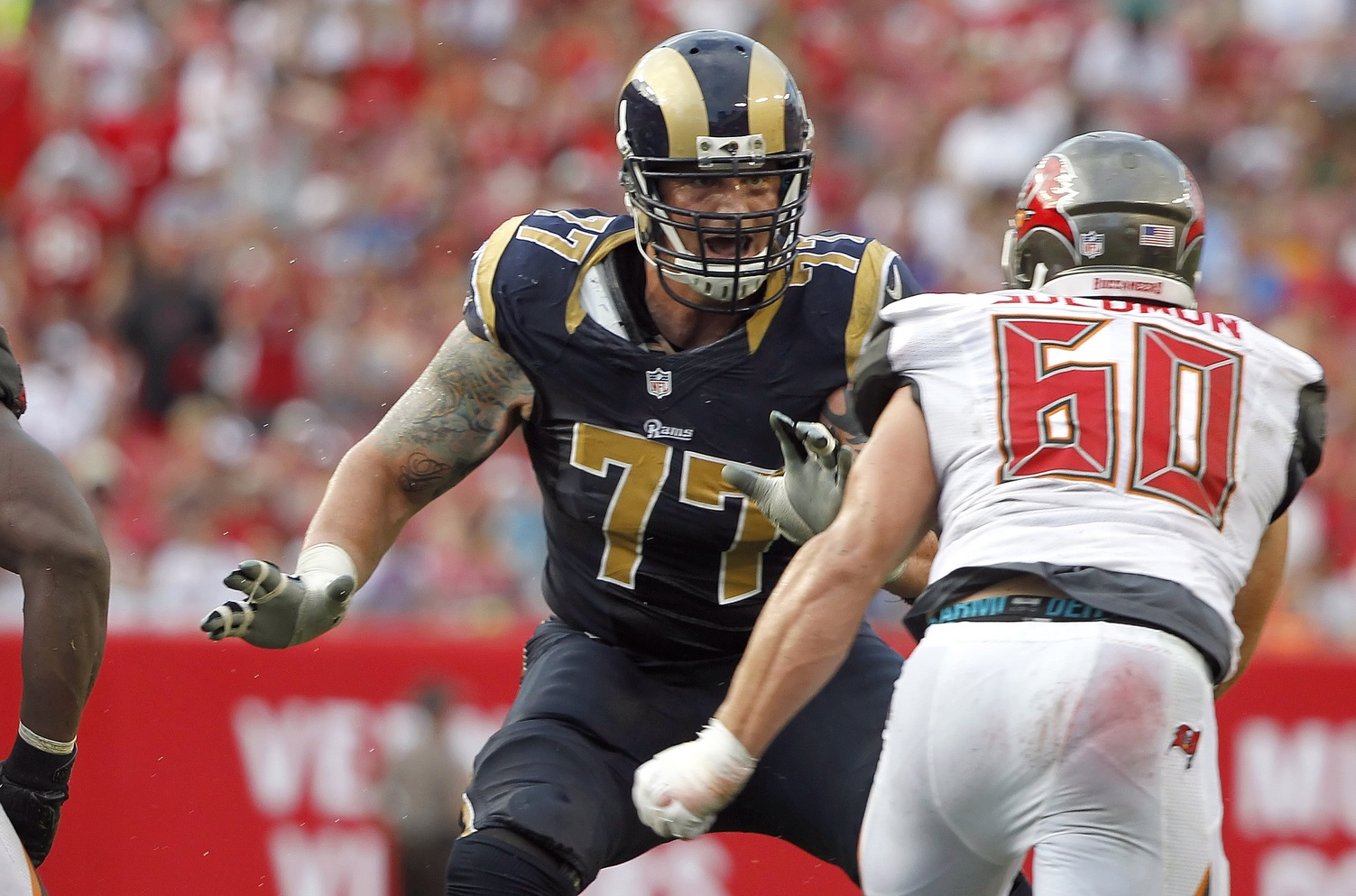 Jake Long just signed with the Minnesota Vikings. He said that his body feels great and that he’s ready to help the Vikings with whatever they need.

“My body feels great right now, honestly,” he said, per Mark Craig of the Star Tribune. “This is the best I’ve felt in a long time. I’m about two years out from my ACL [tear]. I’ve really had time to heal. My whole body has had time to heal. I feel great.

After suffering a knee injury in 2014 that ended his season, the Atlanta Falcons gave Jake Long a shot at a roster spot in 2015. He was a talented reserve for the Falcons but only wound up playing 10 snaps.

That might have been for the best, though. Long needed to fully recover from the injuries he has sustained through the years. Going through a year of practicing with very little actual playing might have been just what the doctor ordered.

Long can play on the right or the left side of the line and will contribute as soon as he picks up the offense in Minnesota. He should be given a shot at the starting left tackle role with how poor T.J. Clemmings has been playing.

At his worst, Long could still be an upgrade at right tackle with Andre Smith heading to injured reserve with a triceps injury. The Vikings just upgraded their offensive line with pure talent and should have a better pocket for Sam Bradford moving forward.

That’s a scary thought for the rest of the NFC North, with Minnesota already comfortably in first place with a record of 5-0.