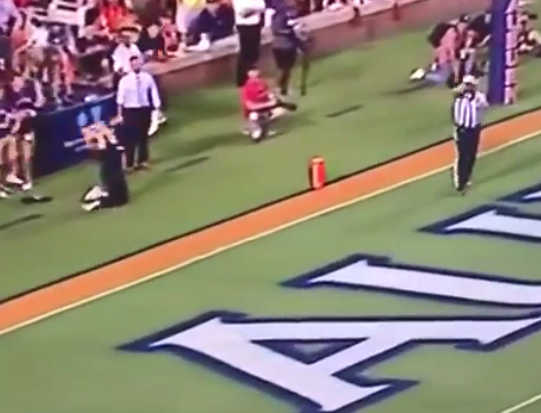 A woman kneeling down behind the end zone Saturday night in Auburn when the Tigers hosted LSU learned a brutally tough lesson.

Do not try to field kickoffs while sliding forward on your knees. It’s highly inadvisable.

Not only was this a case of one’s face getting smashed in (such as we saw when a ref took an errant pass to the nose), but she was moving into the ball as well.

It was a veritable double-whammy that she’ll likely never forget, unless the concussion causes short-term memory loss, that is.

The next time you’re on your knees watching a football game and a kickoff return comes your way, take a lesson from this poor woman and just leave the darn thing alone.