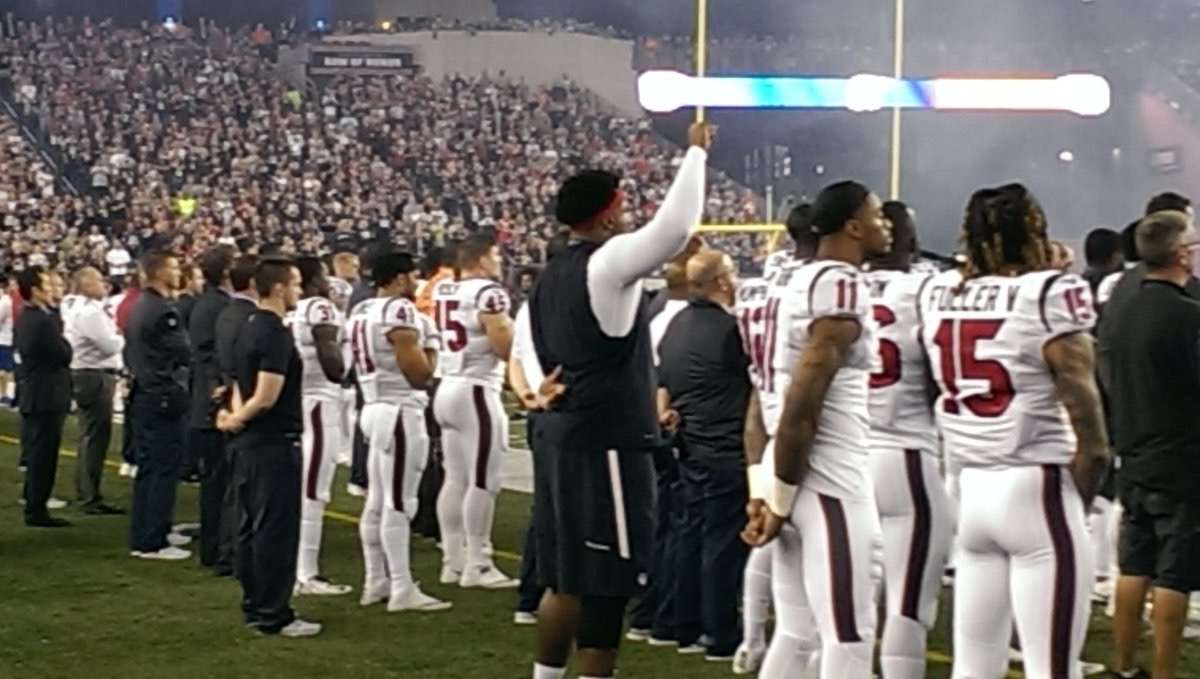 The state of Texas would probably fancy itself as the most patriotic in the union. Whether this rings true or not is up for debate.

What we do know is that no members of either Texas-based NFL team has protected during the national anthem thus far this season.

Well, that changed Thursday night with the Texans taking on the New England Patriots.

Prior to the game, three-time Pro Bowl tackle Duane Brown was seen raising his fist during the anthem.

It’s the latest demonstration against perceived injustices in the United States and the ever-growing problem of police brutality.

This comes the same week that separate incidents in Oklahoma and North Carolina brought the entire issue back to the forefront.

It also comes with the sports world itself taking center stage and top players across the board speaking out on the issues in America today.

Brown joins the likes of Philadelphia Eagles safety Malcolm Jenkins and Los Angeles Rams defensive end Robert Quinn, among others, to raise their fists in protest during the national anthem this season.