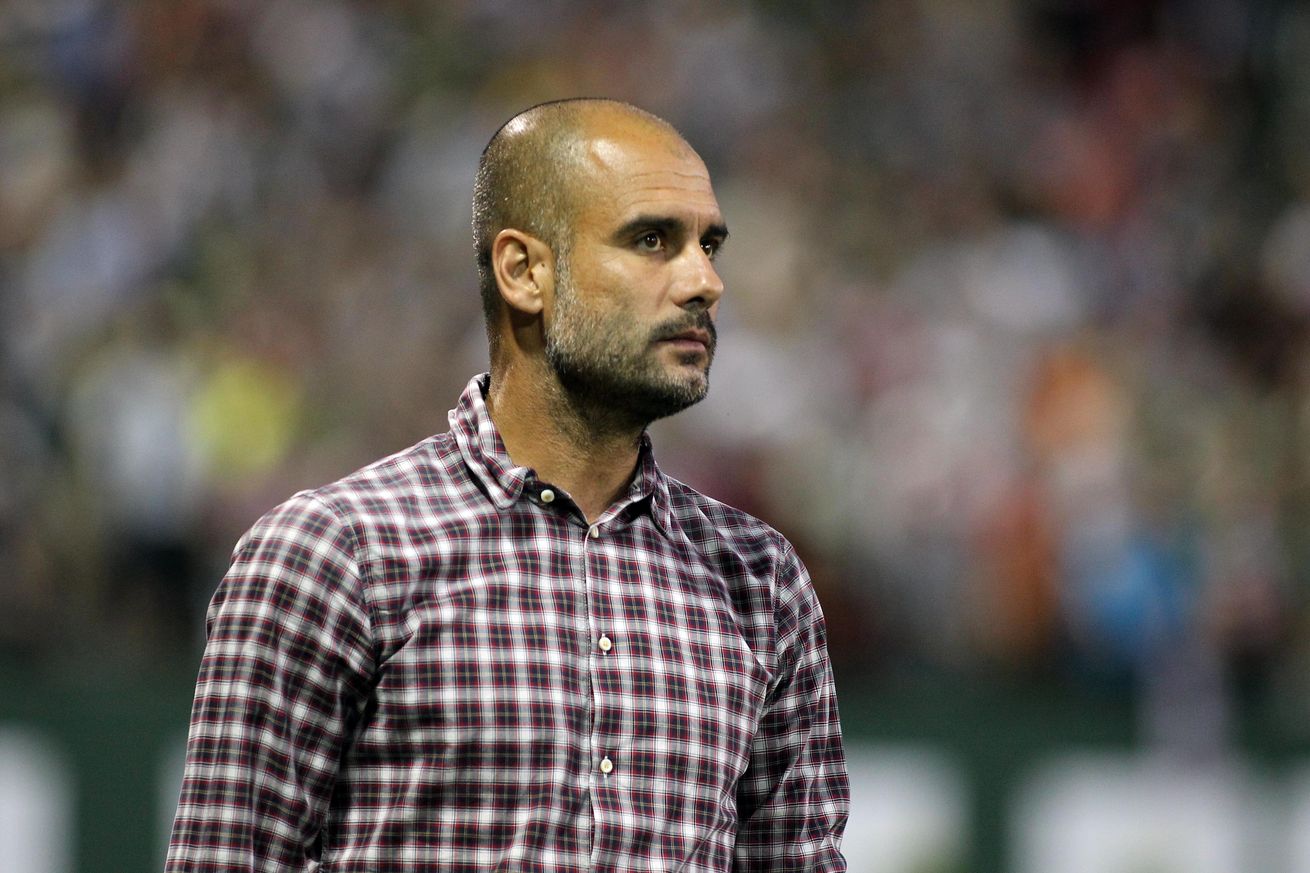 Week 4 in the Premier League is over, and it was a sight to behold.

Bournemouth and Crystal Palace claimed deserved victories, Hull City fought to the very end. Swansea and Watford added a sprinkling of shock value, but who were the real winners and losers? Read on to find out.

Winner:  Pep and the blue half of Manchester

The Manchester derby was the big one and for the first time in a few years, it didn’t fail to live up to the hype (more on that here).

It was a great performance from a City team that looked formidable, even without its suspended star striker Sergio Aguero. If he had been playing, the game would have probably been over by halftime.

This is why Pep Guardiola and Manchester City are this week’s big winners. This wasn’t just three points against a neighboring title rival, it was a terrifying statement of prowess to the league: “Look at what we can do, even without our main man!”

Let’s ignore the fact Tottenham Hotspur were fantastic for a while and consider what’s happened to Stoke City.

Once upon a time no one wanted to play Stoke because they knew what it would entail — a footballing war. The old saying was, “…but could they do it against Stoke City on a rainy Wednesday night?” It was a term of endearment for a team that had the fear factor.

That saying no longer holds true. The league and refereeing have changed. Stoke City fans wanted more, and Mark Hughes needed to evolve to keep up.

No one is scared of Stoke anymore and this is where Hughes’ men will find this season more difficult than ever before.

There is something about Watford that is reminiscent of Leicester City’s miraculous relegation fight under Nigel Pearson. It’s not the results but a self confidence that drives an unfavored team forward.

It’s just unfortunate that they need something bad to happen before that kicked in. Against West Ham, it was conceding the second goal in the 33rd minute.

Can this performance become tomorrow’s ammunition? A means of motivation that gives them the confidence to start games with self belief?

Only time will tell, but Watford is definitely a team on the rise.

Against Liverpool they tried. That is the absolutely maximum that can be said for a Leicester team that looks a shell of its former self.

It was inevitable that becoming the Premier League champions would quickly become a burden. Everyone always wants to beat the champions. They are no longer an underdog, and that was Leicester City’s real weapon last season.

Leicester City manager Claudio Ranieri would have been better off selling all his big stars at the peak of their valuations and rebuilding for mid-table safety.

It was a spectacular week for goals and blunders. In nine games there were 31 goals, no goalless draws and 263 attempts on goal.

We had an overhead kick from a defender, a goalkeeping home goal, strikes off the post, a few good saves, rapid counter attacks, crunching tackles, sensational comebacks, a manager sent off, 41 yellow cards and some questionable refereeing decisions.

About the only thing we lacked was a red card, but we football fans can’t have everything.

Manchester City goalkeeper, Claudio Bravo, should have been sent off. It is that simple.

How Wayne Rooney wasn’t seriously injured is baffling. It was high, it was reckless and it was at pace.

It was a decision that stopped Manchester United’s momentum, and worse still Mark Clattenburg, the referee, was in a fantastic position to see it.

From the replays, it’s clear Clattenburg made a decision, not a mistake. A decision which left Pep Guardiola talking positively about his reckless goalkeeper Bravo.

Unless the FA take some sort of retroactive punishment they are advocating such tackles.

Last season put the Premier League on the big screen in an underdog tale, but this season the Empires are Striking Back!

The big clubs have come out swinging, making huge signings in an attempt to take the title back from Leicester City.

The mid-table teams have seen the success of Leicester and are using the Premier League’s crazy TV revenues to buy big.

The relegation candidates and newly promoted are entering a battle royale where survival is worth £71 million.

Consider this: The winner of the Champions League — Europe’s elite competition — only gets £15 million.

Loser: Coaches who work on shooting

Everyone might be attacking but it seems most have left their shooting boots in the changing rooms.

This isn’t a one-team problem but an issue across the league. For example, Chelsea made 28 chances against Swansea on Sunday but only managed 7 on target.

This week there was only 71 attempts on target from 263 chances. That’s a 27% shot accuracy.

On the flip side, Swansea in the same match had 6 chances, 2 on target, scoring both. This conversion is fantastic but the stats are telling us teams who create fewer chances take them.

We had four comebacks this weekend.

The game between Swansea and Chelsea was topsy-turvy, with Swansea coming back from 0-1 down to lead 2-1 only to see Chelsea pull level in the 81st minute.

Southampton took the lead against Arsenal with a Petr Cech home goal. Then it took Arsenal until the 94th minute to claim a 2-1 victory.

Hull City got a 1-1 draw against Burnley with a 95th-minute equaliser.

In the biggest comeback of the day, Watford came back from 2-0 down against West Ham United to win 2-4.

About the only games this weekend which didn’t see some form of attempted comeback were Bournemouth’s 1-0 victory over West Brom and Tottenham’s 4-0 away win against Stoke.

Who’ll be this season’s next comeback victim?

It was a surprise when Henrikh Mkhitaryan was given a starting position, considering Manchester United’s positive start to the season.

Everyone was hyped to see this creative force from the Bundesliga strutting his stuff in a Manchester United shirt.

Unfortunately, he was less strutting and more fluffing his lines.

Even the simple things went wrong for the player.

The question has to be, is Henrikh Mkhitaryan another Angel Di Maria? A superstar from another league, unable to adapt and who’ll inevitably leave after a failed season in the Premier League?

Right now, it is 50-50, and his next performance will definitely determine how much faith Jose Mourinho will put in the wide forward.

How much will all this impact Week Five of the Premier League? Check back for storylines and predictions to find out.