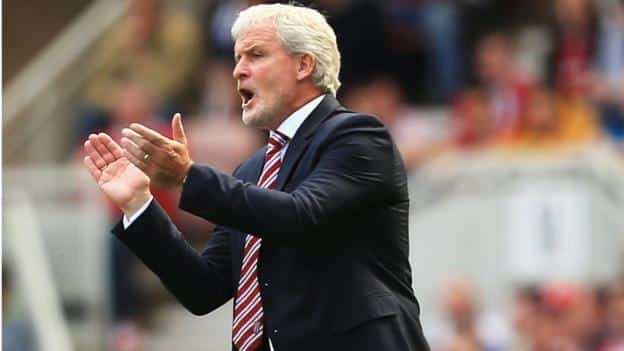 Another high-scoring weekend of action was on tap in Premier League Week 5. Hull’s impervious bubble finally burst and West Brom proved they have a match winner.

Let’s find out who makes our top ten winners and losers from Week 5.

It might be time to crown Manchester City Premier League champions after their 4-0 win against Bournemouth. Based on current performances, no one is going to beat them.

Every part of the team is purring, from defender Aleksandar Kolarov’s dictation of play to Kevin De Bruyne’s instigation of attacks.

The Pep Guardiola revolution at Manchester City is in full swing.

Three defeats in a row and Jose Mourinho has begun criticizing his own players. Rightly so.

They have the egos and star factor but none of them are leading. This is a team which has looked shell-shocked ever since Sir Alex Ferguson left three seasons ago.

With new players and countless stars, it’s time Mourinho culled those who aren’t performing. Most look unable to do the simplest of things, like pass or shoot.

On Sunday, Man United had 15 chances, with only two on target. Something has to give, otherwise next week against Leicester City will be even more problematic.

A lot can happen in a week. Last weekend West Brom looked hopeless during their 1-0 loss to Bournemouth.

One midweek Chinese takeover later and the Baggies looked rejuvenated. None more so than Nacer Chadli.

With two goals and two assists in a 4-2 victory, Chadli wasn’t just productive, he was a match winner for a team that looked lost last week.

Hull City’s temporary boss Mike Phelan was offered the full-time job midweek after an unlikely fantastic start to the season.

Ironically, the moment Phelan was offered a deserved full-time contract Arsenal turns up. Instead of their recent stuttering performances, it was the Arsenal of old. Creative and expressive.

Winner: Iwobi in on everything

Alex Iwobi, Arsenal forward, had a storming 77 minutes against Hull City. The 20-year-old seemed involved in everything decisive about Arsenal.

In the first half, his shot was deflected in by Alexis Sánchez for 1-0. His clever turn between two Hull players and pass out wide led to the shot that got Jake Livermore sent off. It was probably the game-defining moment.

In the second half, it was Iwobi’s silky back-heeled one-two with Theo Walcott that opened up the defense and put Arsenal up 2-0.

After years of looking for a forward, Iwobi looks the perfect fit for Arsenal.

Loser: Stoke on the ropes

Stoke lost 4-1 against Crystal Palace Saturday. This was the third time in five games that they had conceded four.

A lot has been made about injured first-team goalkeeper Jack Butland, who’ll be out until November. These defeats aren’t the goalkeeper’s fault, though.

Not one of the four goals conceded Saturday had anything to do with current keeper Shay Given. Stoke don’t start well, and that showed a lack of motivation, organization, and confidence.

At this point, Mark Hughes, Stoke manager could be the Premier League’s first casualty.

Islam Slimani, Leicester City’s £29 million summer signing, had a Premier League debut to remember with two headed goals on either side of halftime.

In attack, alongside Jamie Vardy and Riyad Mahrez, Slimani looked like a perfect fit for a Leicester team who are on a run after two 3-0 victories in a row.

It will make for an interesting Week 6 fixture against Manchester United. One to look out for as Leicester probably go in as favorites.

Loser: Middlesbrough’s only way to score

In 90 minutes of football, Middlesbrough couldn’t get one shot on target and yet still scored a goal in a 3-1 defeat to Everton.

So how did they score? Middlesbrough forward Álvaro Negredo jumped into and headered Everton goalkeeper Maarten Stekelenburg. Yes, you read that right.

The ball was literally barged into the goal and as Negredo celebrated, the referee ignored all of Everton’s pleas.

Ironically, it was marked as a goalkeeping own goal so the event must have been seen by the referee. Everyone should try this next week.

After some of the calamitous decisions last week by referees, credit has to be given this week to Roger East and Darren Cann during the Hull City vs Arsenal match.

Hull was on a rare attack and the ball was crossed in low to the breaking Dieumerci Mbokani. Arsenal goalkeeper Petr Cech clearly collided with the player stopping a chance on goal. The referee, Roger East called no penalty and play carried on. Momentarily.

Darren Cann, the referee’s assistant spoke to East and the decision was changed.

It’s rare that a referee has the bottle to stop play and admit he got a call wrong. All referees and assistants should take note.

As good as West Brom and Nacer Chadli were, no one can hide from the amateur defending of West Ham.

Arthur Masuaku, the £6 million man, stole the show, costing two goals. The first was a penalty with an obvious and deliberate handball. The second, he just fell asleep and ignored Chadli on the edge of the box.

The “best” was when West Ham had 9 players in the box, with 1 out wide leaving no one at the back. One pass later and West Brom were through on goal.

It would be funny, but fans pay to watch these players.

How much will all this impact Week Six of the Premier League? Find out with next weeks predictions, coming soon.