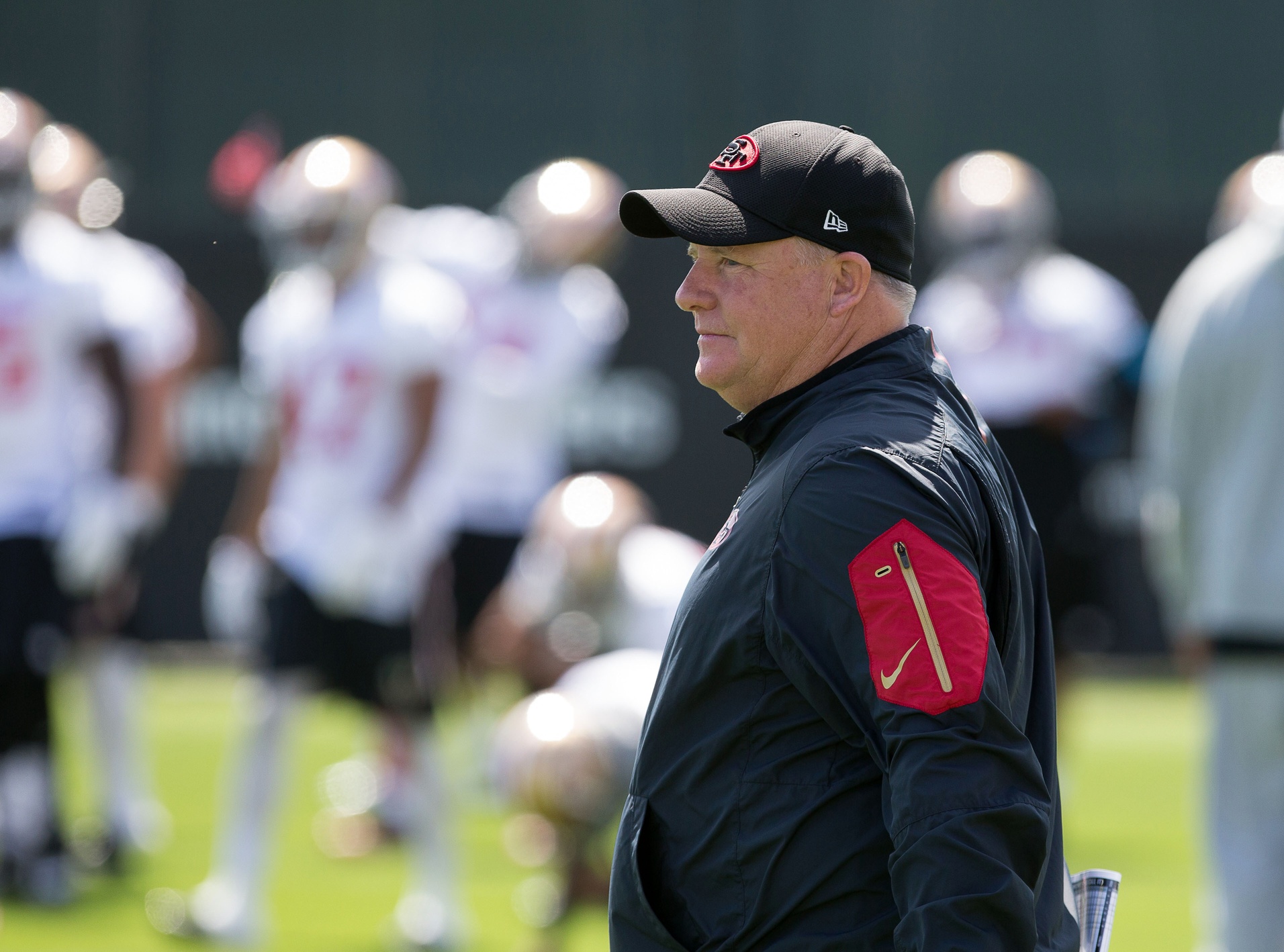 What a surprise! What a shock! Every single season, people find themselves completely surprised by what goes on in the NFL and how the league changes from year to year. And that parity is what makes it so great.

While the season is just over two weeks old, there have been some very shocking developments. The NFL can be crazy at times, and we’re all just here for the ride.

After a few rocky years in Philadelphia, no one would have guessed that the players in San Francisco would love Chip Kelly as much as they do. However, a couple of things probably help Chip’s case with his players: his willingness to defend his players to the ends of the earth and his willingness to adapt to their strengths on the field.

Carlos Hyde on 95.7 The Game: I think Chip Kelly does a great job connecting to this team #49ers https://t.co/ibgNYiJVUD

The 49ers are 1-1 with an offense that’s currently in the top 10 in scoring. On top of that, they are competing in games with the atrocious Blaine Gabbert as their starting quarterback. They have turned in average defensive performances as well and have an arrow pointing up.

But the real benefit of Chip has been off the field in his support of his players.

Specifically, he has supported Colin Kaepernick regarding his protest against police violence. He had a frosty exchange with a reporter in which he shot down the notion that Kaepernick has been any kind of distraction.

The reporter was attacking Kelly’s player, and the way he defended his own guy was admirable.

Regardless of whether or not Chip agreed with Kaepernick’s protest, the fact that he was willing to argue with some reporter who was attacking his player says a lot about him as a coach. Chip may never be Bill Belichick, but at least his players like him now. 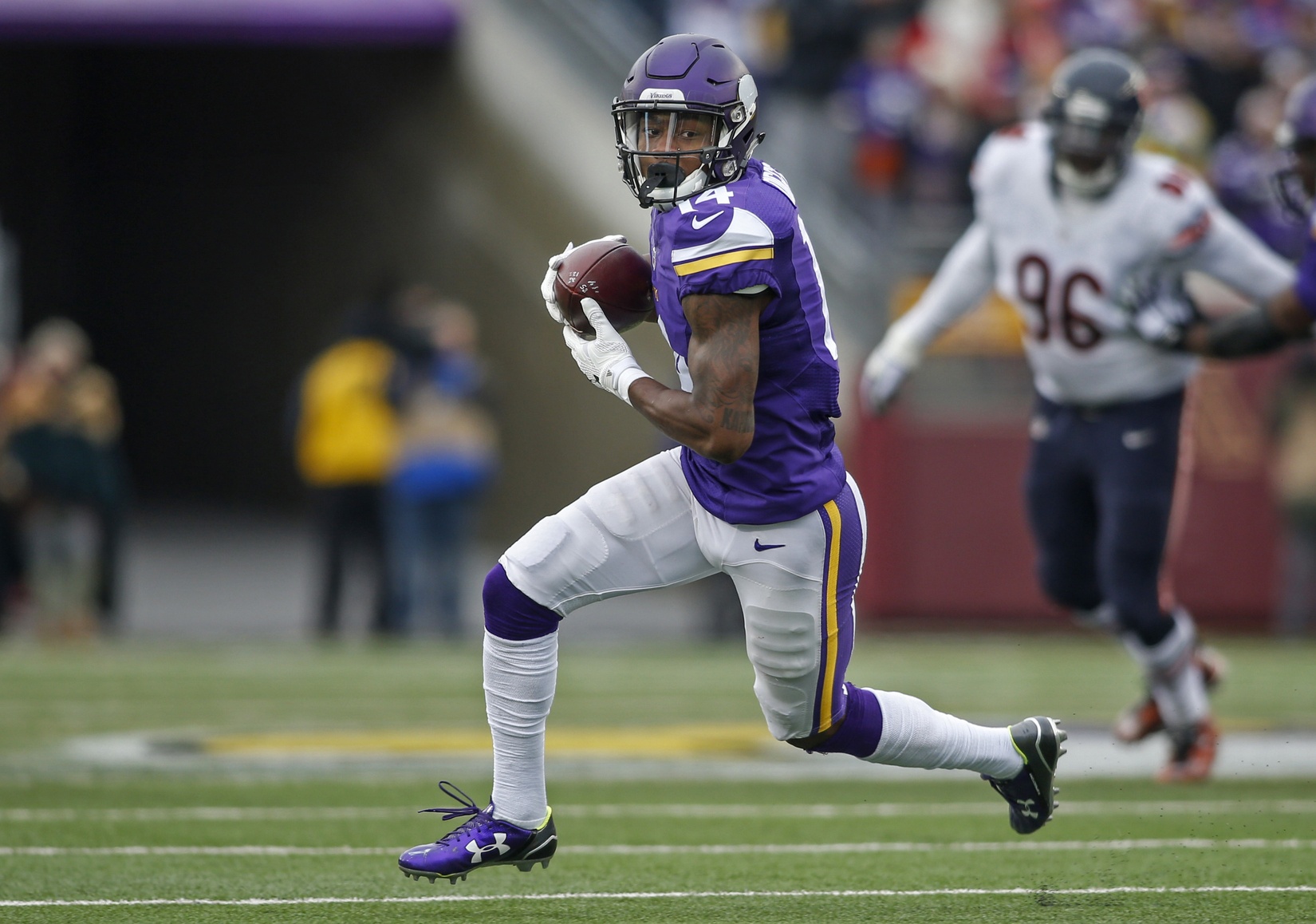 With the likes of Julio Jones, Odell Beckham and Antonio Brown typically dominating the league, no one would have expected for Stefon Diggs to lead the NFL in yards per game. But here we are. Diggs has been excellent in the slot, out wide and pretty much anywhere else the Vikings want to line him up at.

He’s caught 16 passes for 285 yards and a touchdown already this season. Impressively, he’s done it with two different mediocre quarterbacks in Sam Bradford and Shaun Hill due to Teddy Bridgewater being out for the season with a massive knee injury.

Diggs has been winning with great route running, solid hands and just enough speed to create separation. He’s become one of the better receivers in the NFL as a second-year player, despite being drafted in the fifth round coming out of Maryland and having to fight his way up to his current role.

When Jamaal Charles went down with an injury, the question wasn’t who would replace him in Kansas City’s backfield, but rather how effective Spencer Ware would be when he did so. Through the first two weeks, the third-year running back hasn’t disappointed in any way. He’s been adequate as a pass blocker and has been outstanding when the ball is in his hands.

He’s also delivered on his big-play potential with his four catches over 20 yards and longest catch being 45 yards. Add in a 25-yard run, and he’s been one of the most explosive players in the NFL this season. That’s the true sign of a stud.

2. Oakland is on pace for a historically bad defense despite offseason investments

The Raiders went out this offseason and spent a ton of money and resources trying to improve their defense. They signed Bruce Irvin, Reggie Nelson and Sean Smith to big contracts while drafting Karl Joseph in the first round and Jihad Ward in the second round.

Unfortunately, none of these moves have really panned out to help the Raiders’ defense become better where it matters.

The Raiders' defense has been historically bad through two games pic.twitter.com/H2CEqY1mD4

No one looks to be on the same page in their pass rush. No one seems to be playing their run fits properly and there is a complete lack of coverage proficiency when going against tight ends as well.

As you can see above, they are allowing averages per game that would be embarrassing to even the worst defenses of all time. The Raiders were expecting Irvin to be that true pass rush complement to All-Pro defender Khalil Mack, but he hasn’t been. They were expecting Nelson to be the guy who wouldn’t let receivers beat him over the top, but he has been a liability.

For all the investments made, the Raiders might be feeling buyer’s remorse with how poorly everything has worked out so far.

1. Carson Wentz and Dak Prescott are early Rookie of the Year Candidates 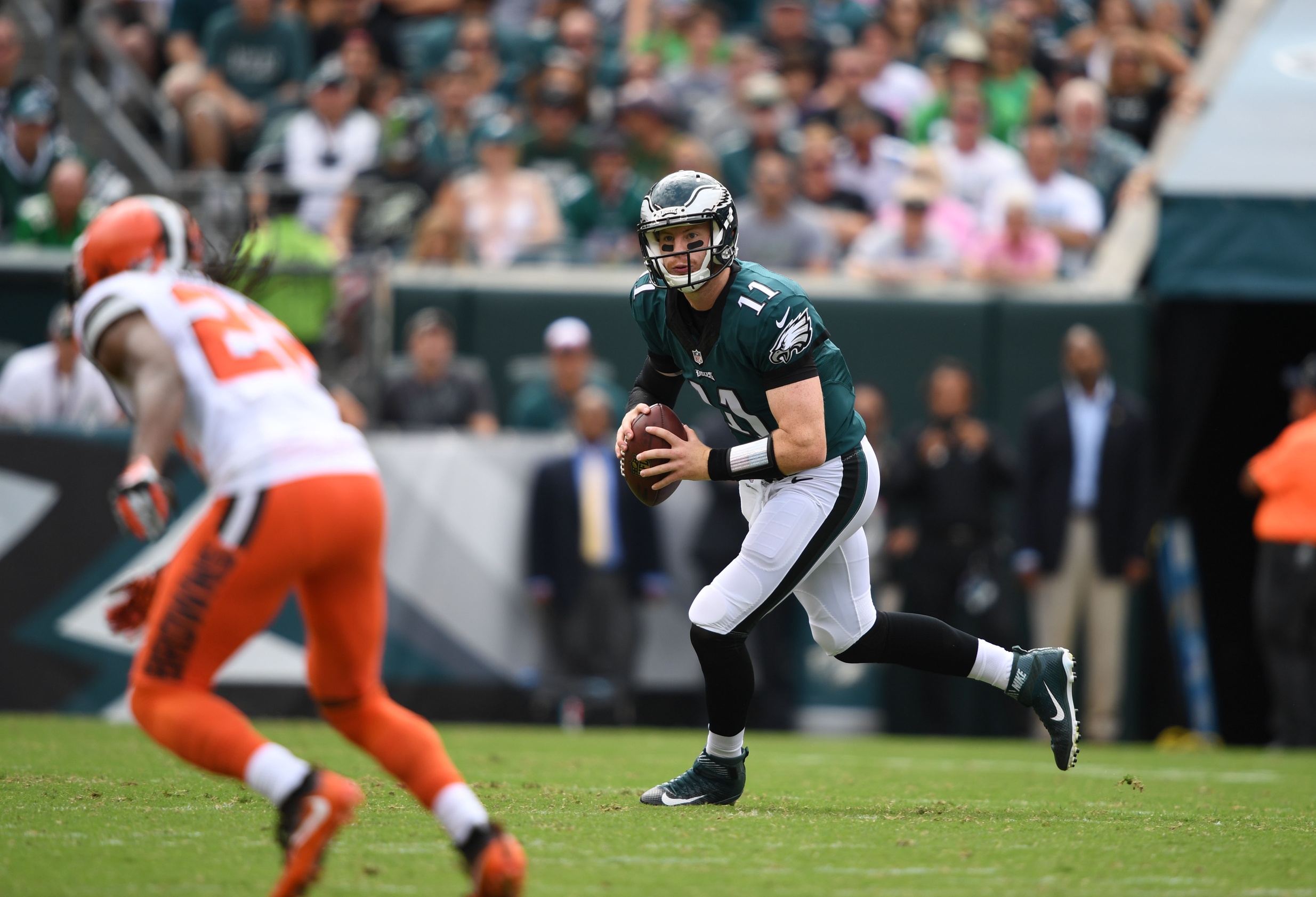 During the offseason, Philadelphia Eagles rookie Carson Wentz was said to strictly be a backup and would likely not play a single snap in the 2016 season.

Dallas Cowboys rookie Dak Prescott was supposed to be Tony Romo’s backup for the entire 2016 season and was set to be groomed for when Romo was retired.

Then the preseason happened. Romo went down with an injury that should have him out for at least half of the season. That pushed the Cowboys to start the rookie fourth-round selection out of Mississippi State. And Prescott has performed more than admirably for the Cowboys early on.

Wentz’s route to starting was much more circuitous. First, he suffered an injury in the preseason that kept him from playing for pretty much the entire preseason. Then, the Vikings saw Teddy Bridgewater go down with a gnarly knee injury. Then the Eagles traded away projected starting quarterback Sam Bradford to the Vikings for a first round pick.

And suddenly Wentz was the starter.

Both have done quite well thus far.

Carson Wentz and Dak Prescott have both put their critics to shame through two games. pic.twitter.com/xEv8ADKaKC

Wentz and Prescott have been producing at the level you’d expect from an average NFL starting quarterback. They have been taking care of the ball, and neither has thrown an interception yet this season. They have also been able to complete at least 60 percent of their passes.

More than that, they have been able to move the ball down the field at a regular clip. If their receivers not dropped as many passes as they have, both would have at least two more touchdowns on record.

The future is bright for the quarterbacks in Dallas and Philadelphia. And both of these guys are legitimate Rookie of the Year candidates with their performances so far.