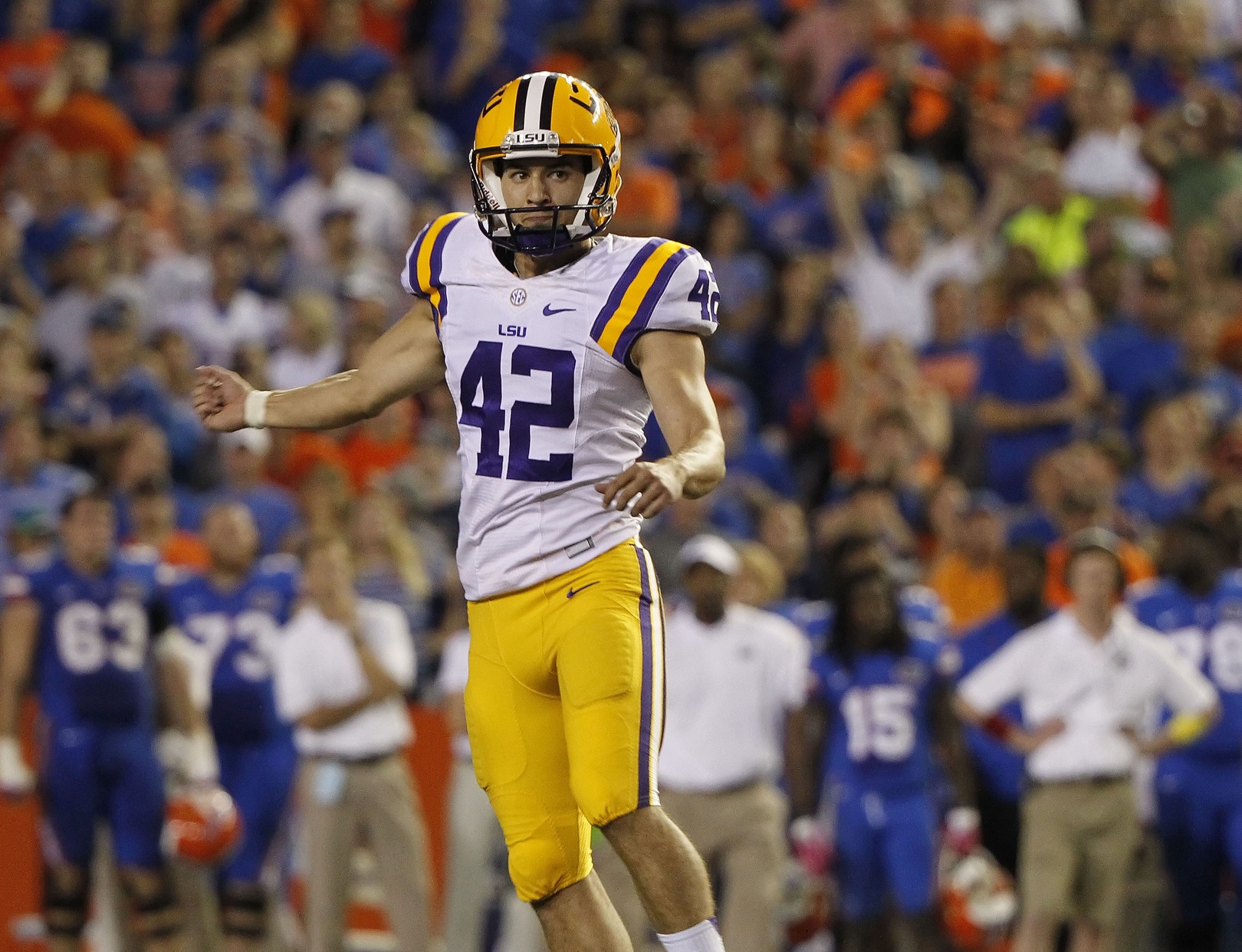 Delahoussaye was injured in the car accident that took the lives of Nebraska punter Sam Foltz and former Michigan State punter Mike Sadler. When LSU takes on Auburn, Delahoussaye will be wearing cleats paying tribute to the two late punters.

This is for my two boys, I got you guys always with me! This season is for y'all! Love and miss you two. @samfoltz27 @Sadler_3 pic.twitter.com/8PYAfGTsQF

Delahoussaye isn’t an NFL player. Still, we have to think that somehow Roger Goodell will try to levy a fine on the Tigers’ kicker for this one.

In all seriousness, this is another in a long line of many wonderful tributes that have been paid to Foltz and Sadler on the young season.