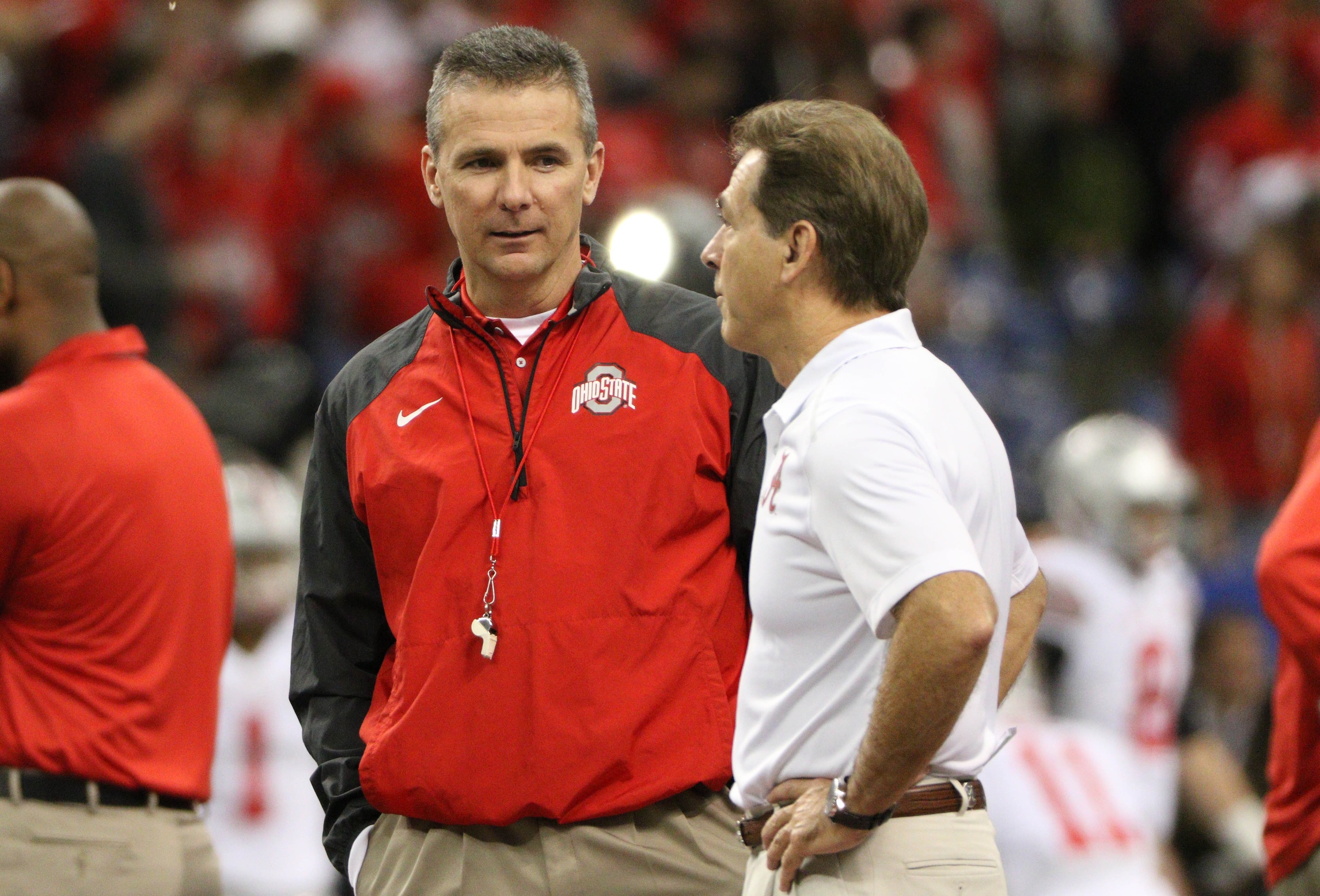 After firing Les Miles and offensive coordinator Cam Cameron, LSU football is reportedly setting its sights on the top coaches in the nation, including Nick Saban and Urban Meyer.

Currently, the LSU football program is under the interim guidance of former USC interim Ed Orgeron, who coached the defensive line for LSU last year and this year before Miles was fired.

According to Scott Roussel of footballscoop.com, LSU has already formed a “committee” that is tasked with securing the coach of the future for the school’s football program. The coaches this committee will be looking at as potential replacements are the nation’s best, per the report.

“During the initial, exploratory phase, we are told to expect LSU, through representatives, to gauge the interest of some of the top coaches in college football, including Nick Saban, Urban Meyer, Bob Stoops, Jimbo Fisher and Tom Herman. Right or wrong, sources tell FootballScoop that LSU believes they will be able to attract a coach of that caliber.”

Heck, why not include Jim Harbaugh on this list?

All kidding aside, LSU clearly isn’t going to be content with any other strategy here than to shoot for the stars. Aside from the prestige of the LSU program, apparently money will not be a problem when it comes to luring a top coach to Louisiana.

“Money will not be an issue here. Donors are ready to take care of a championship caliber coach appropriately,” a source told Roussel.

Saban we can rule out. Not only is he as entrenched as a human can possibly be at Alabama, but he is the coach Les Miles replaced at LSU. Meyer appears to be quite happy in his relatively new digs at Ohio State. The same can be said for Fisher at Florida State.

The two names that do jump out are Stoops and Herman. In particular, Herman is the guy who could be raring to make a big jump from the American Athletic Conference to the SEC.

The one thing we do know for certain is that LSU football won’t be the same going forward, for better or worse.