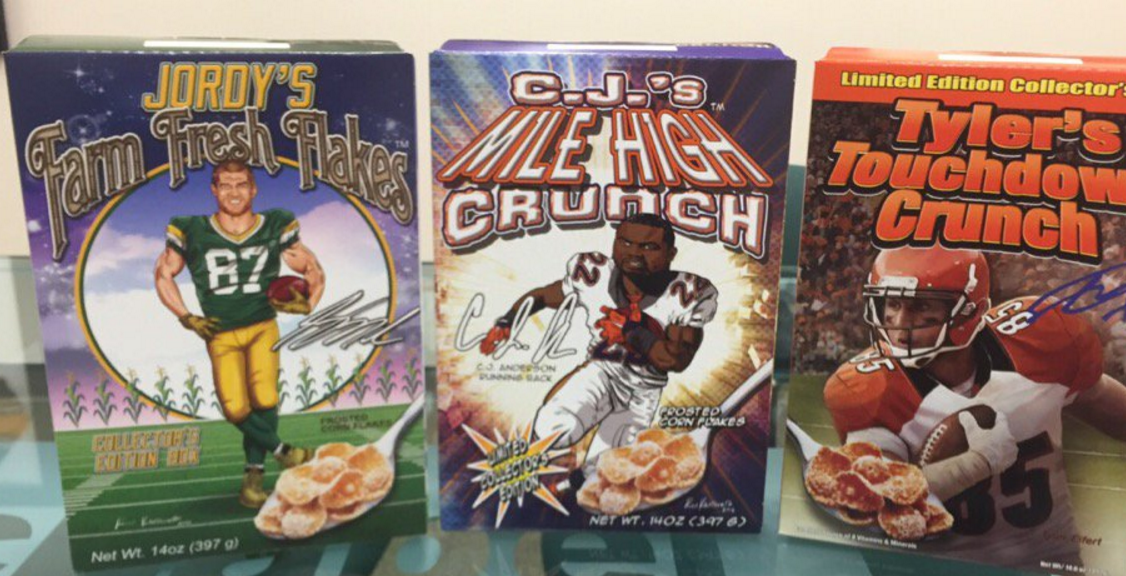 If you’ve ever wanted to take a bite out of your favorite NFL player, the folks at PLB Sports have you covered. Well, that is if your favorite player is Jordy Nelson, C.J. Anderson or Tyler Eifert.

Nelson recently talked about getting involved in this venture.

“It’s something I don’t think you anticipate when you get older and play sports, to be on a cereal box, but it’s pretty cool to see it,” Nelson said, per Jeff Bollier of the Green Bay Press-Gazette. “It’s cool. It’s an honor. Hopefully, everyone goes out and tries it, has some fun with it. That’s why we did it.”

In particular, we like the Mile High Crunch illustration, but we’re not sure about the edibility factor of any of them.

Fans interested in chomping up some breakfast while gazing at one of these guys can purchase a two-pack for $10. It’s not a terribly expensive way to get close to these stars, and anyone who collects sports memorabilia might get a kick out of the boxes.

Kudos to these guys for landing a sweet source of supplemental income.