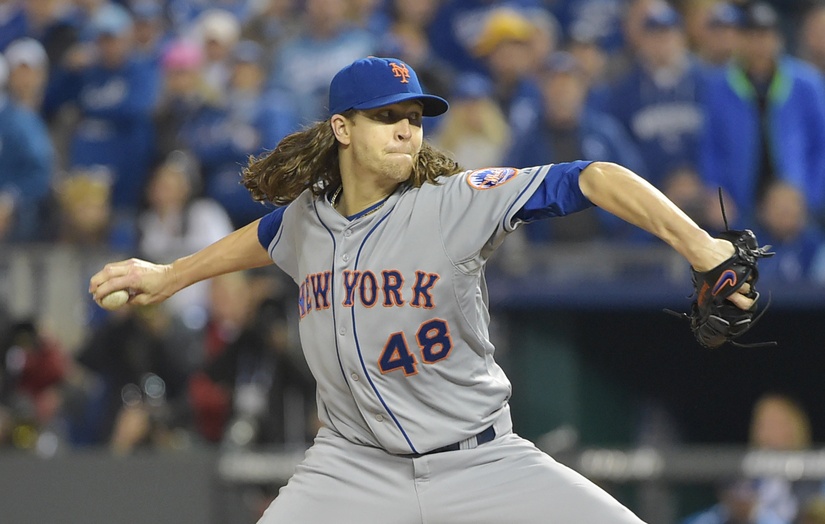 The New York Mets’ pitching rotation might be getting an upgrade soon. Pending the results of a Monday bullpen session, Jacob deGrom could return to action in a matter of days.

“Jacob deGrom’s next activity may be a relief stint in a major league game this week,” ESPN’s Adam Rubin said. “The Mets are just waiting to see how deGrom feels after throwing a bullpen session on Monday at Nationals Park.”

This should be good news. While deGrom was struggling before his injury, he’s in the midst of another fantastic season. In 148 innings pitched, the New York righty has a 3.04 ERA and 143 strikeouts.

The problem is that the Mets can’t really afford to be patient if deGrom struggles upon returning. Fighting for two playoff spots, the Mets, St. Louis Cardinals, and San Francisco Giants are separated by only two games.

New York enters play Monday trailing the Giants by 1.5 games for the top spot, but it sits one-half game ahead of the Cardinals for the second and final wild card spot.

If the Mets get lucky, they’ll have a few blowout games that they can bring deGrom into, allowing him to work in what would essentially be the equivalent of a Minor League rehab assignment.

If that opportunity doesn’t present itself, New York will have to bring deGrom in during high leverage situations. In a playoff race, he’ll have to be sharp immediately.