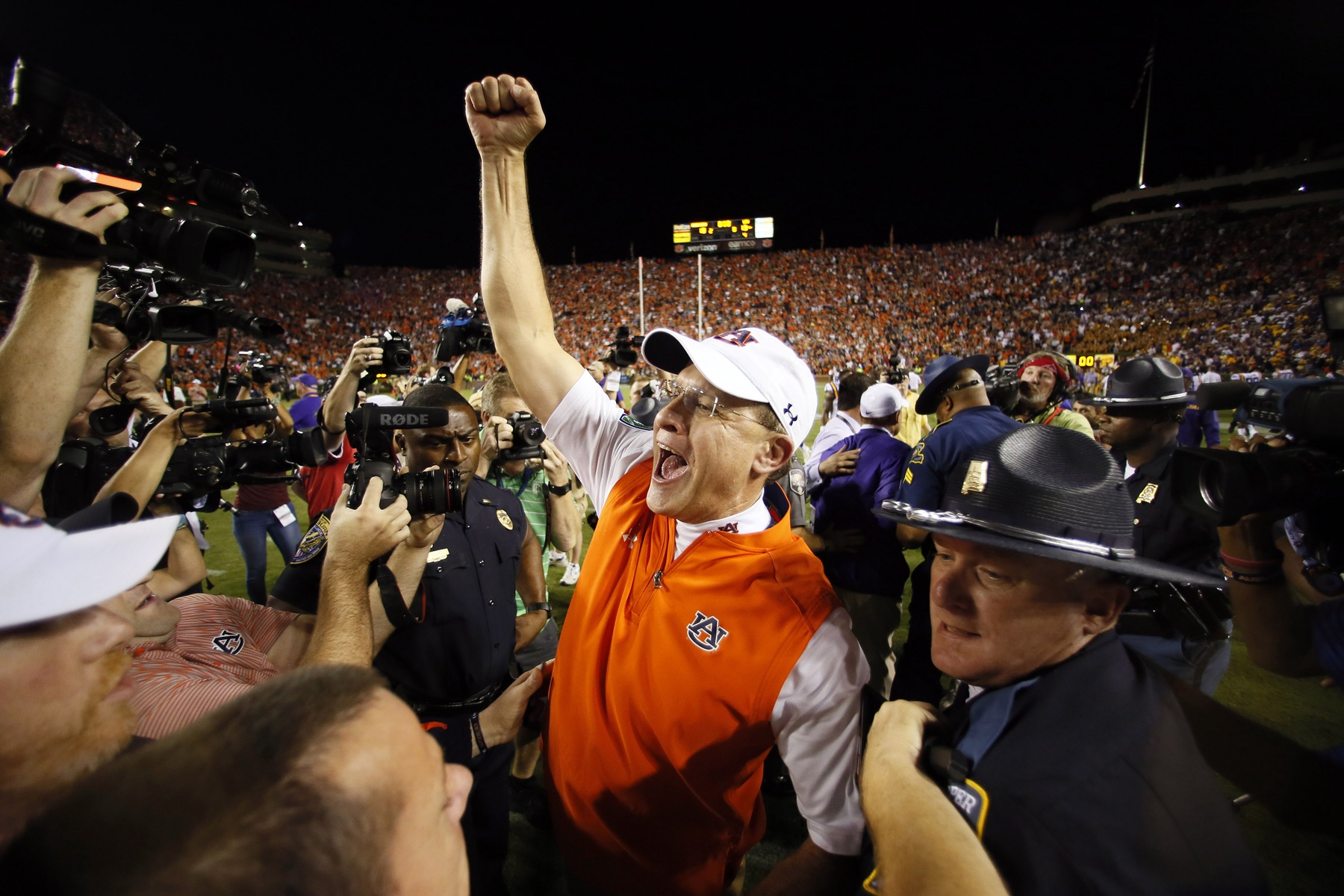 It was strange seeing Auburn head coach Gus Malzahn wearing a ball cap instead of his signature visor Saturday when the Tigers beat SEC rival LSU.

Being that Auburn finally did beat a ranked team this year and snapped a dubious losing streak against Power 5 schools at home in the process, fans might expect Malzahn to permanently ditch the visor.

And he just might, but not for reasons that you’d expect.

Malzahn explained why he ditched the visor in the first place and why he’ll continue to leave it in the past.

“My daughters said something about me wearing a visor,” Malzahn said, per Tom Green of AL.com. “I need to put on a hat because I’m getting bald, so I’m going to wear a hat from here on out.”

Children are always honest to a fault. In this case, Malzahn’s daughters may have altered the fate of Auburn’s football program.

Of course, we’ll never know if the hat had anything to do with Auburn’s big win over LSU — a win that coincidentally spelled the end of Les Miles’ tenure at Louisiana State.

What we do know is that Malzahn won’t go back to the visor. Why mess with a good thing, right?