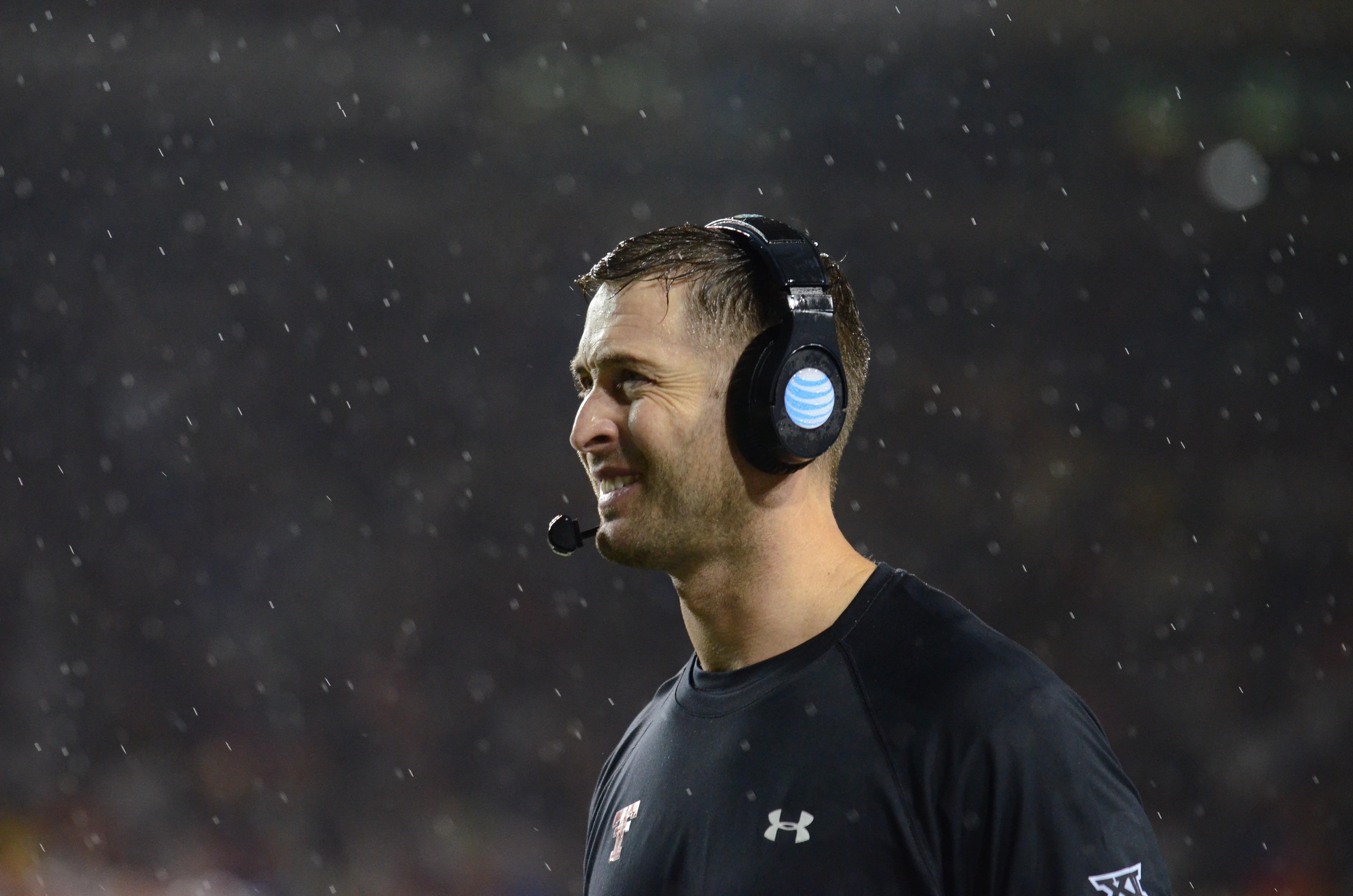 Being a college football player is hard these days, with pitfalls aplenty. One pitfall that gets teams and players in trouble on a regular basis is social media, which is why Texas Tech is using subterfuge to track its players’ social media accounts.

“We have fake accounts with cute girls that they add right now, so we can see what’s going on and who’s tweeting what,” he said (h/t Chris Vannini of coachingsearch.com). “Those are heavily monitored, for sure.”

Kingsbury isn’t sure if players know they’re being tracked but thinks they do. Still, he knows they cannot resist.

“I think they do, but they can’t resist that,” Kingsbury said, laughing. “A friend request from a cute girl is an automatic follow.”

The real emphasis is on how players respond to adversity, however. Kingsbury acknowledged that players today have much more to overcome than they did 10-15 years ago before the explosion of social media.

As a former player himself, he spoke with Hawk about how much different it is now compared to when they both played.

“If you or I played a bad game in college, they may put a little article in the newspaper or you hear about it from a local radio,” Kingsbury told Hawk, ”but these poor kids, if they play a poor game, they get attacked on their social media.”

He admitted that he isn’t sure he would have been able to handle this level of scrutiny and added,  “I feel for players in this day and age that they have to face all that.”

Helping players keep from going off the deep end when they are facing this type of criticism is the main purpose of monitoring these accounts. Players are constantly being reminded to not give into the negativity and attack the people who attack them.

As a way to kind of help keep them on track, Kingsbury says he and his coaches do a yearly presentation, using all the “most absurd posts our team makes” and that they “have a lot of fun with it.”

On a related note, be kind to these young men this upcoming season when they do make mistakes. They take it a lot harder than fans do, you can be sure of that.