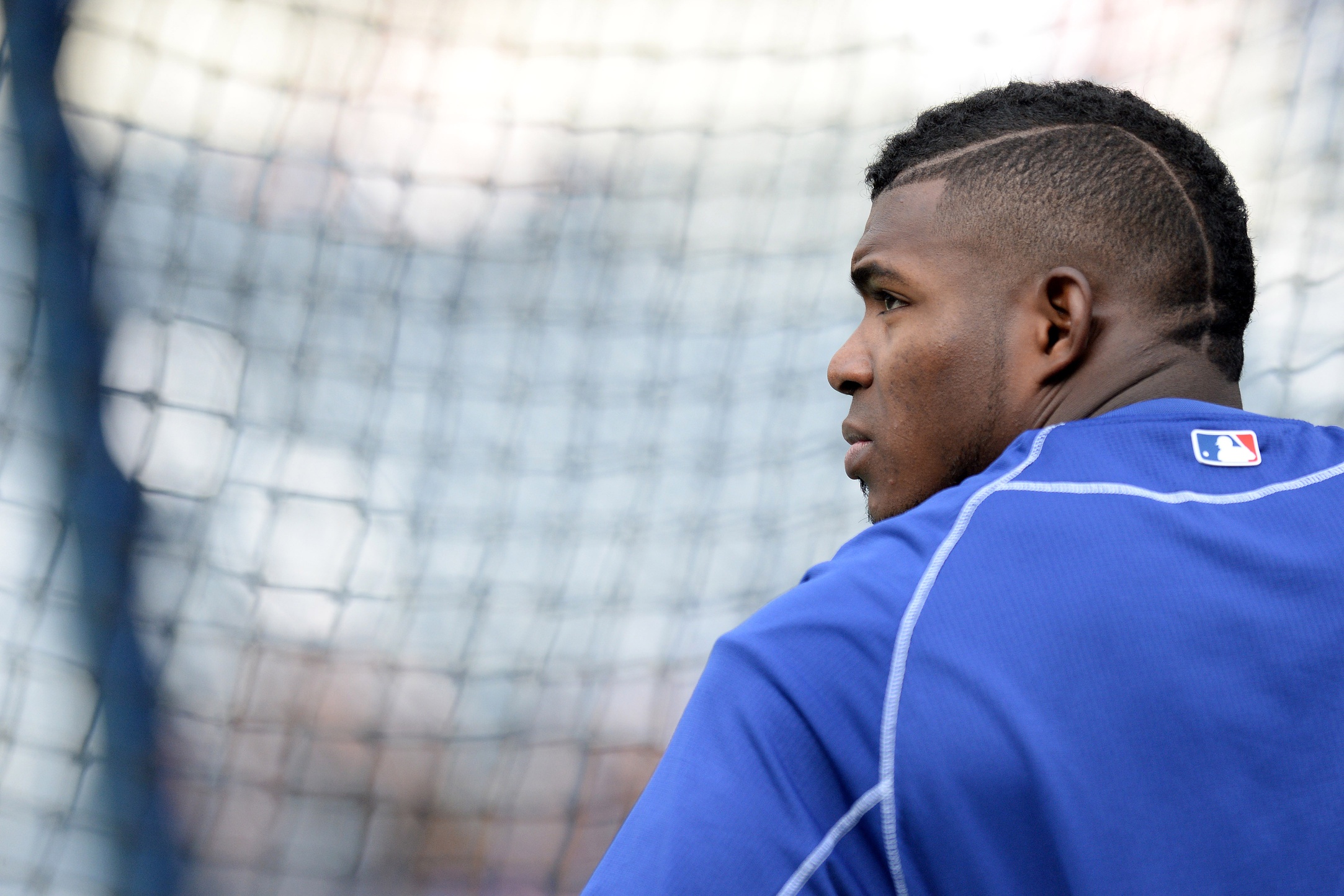 At least one Major League club has interest in Yasiel Puig. According to Jon Heyman of FanRag Sports, an unnamed team placed a claim on the troubled Los Angeles Dodgers outfielder.

sources: puig has been claimed on waivers. dodgers can try to work out a deal with that team, if they can.

The natural question, of course, is what team put a claim in on him? At the moment, that remains unknown. A number of teams would make sense.

Given Puig’s history as a questionable clubhouse guy, it does seem unlikely that a playoff contender would be the one to do it unless it was maybe on the outer fringes of the race.

With that said, we must remember that Nick Cafardo of The Boston Globe reported on August 22nd that the Dodgers were “trying to give away Puig.” Given his talents and age (25), if the asking price is minimal, it wouldn’t be hard to make sense of any team putting in a claim.

Despite the claim, a trade should still be considered unlikely at this point.

“But it’s also very possible — perhaps even likely — the Dodgers hold onto Puig through the season, and try to make a deal with any one of 29 teams this winter,” said Alex Smolokoff of FanRag Sports. “It’s also quite possible multiple teams put in claims on Puig, who is still held in high regard for his talent. More than one team has been interested in trading for him, so that’s probably even likely. And it’s also possible he was claimed only to block another team from acquiring him.”

Indeed, if Los Angeles waits until the end of the year, it can trade with any team without having to worry about a potential block. If they keep Puig, the Dodgers can also hope he has a hot few months — something he’s more than capable of — to help them into the playoffs and maybe deeper.

At that point, Los Angeles could either keep Puig or trade him in the offseason, when his value would be much higher.