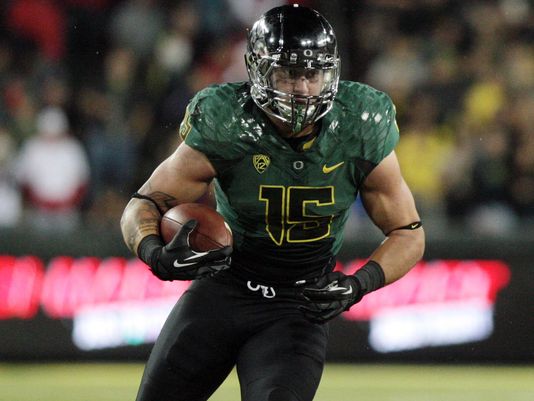 Once considered one of the most-talented players in the college football world, former Oregon tight end Colt Lyerla simply can’t get out of his own way.

After multiple off-field issues at Oregon, Lyerla eventually quit the football team back in 2013. Months later, he was arrested for possession of cocaine.

Considered by many a first-round NFL Draft talent, the tight end was signed by the Green Bay Packers the following spring.

Unfortunately, Lyerla suffered a disastrous injury to his knee that summer and never saw action in a regular season game with the Packers.

Now, two years removed from attempting to play in the NFL, Lyerla is making news for all the wrong reasons.

The report goes on to indicate that Lyerla was arrested by Tigard police in Oregon on Sunday.

This is just the latest in a long line of off-field issues for the former high school and college standout.

Lyerla had just signed on with the Portland Steel of the Arena Football League back in March. Needless to say, he has a lot more to worry about than what was already a fledgling career on the gridiron.