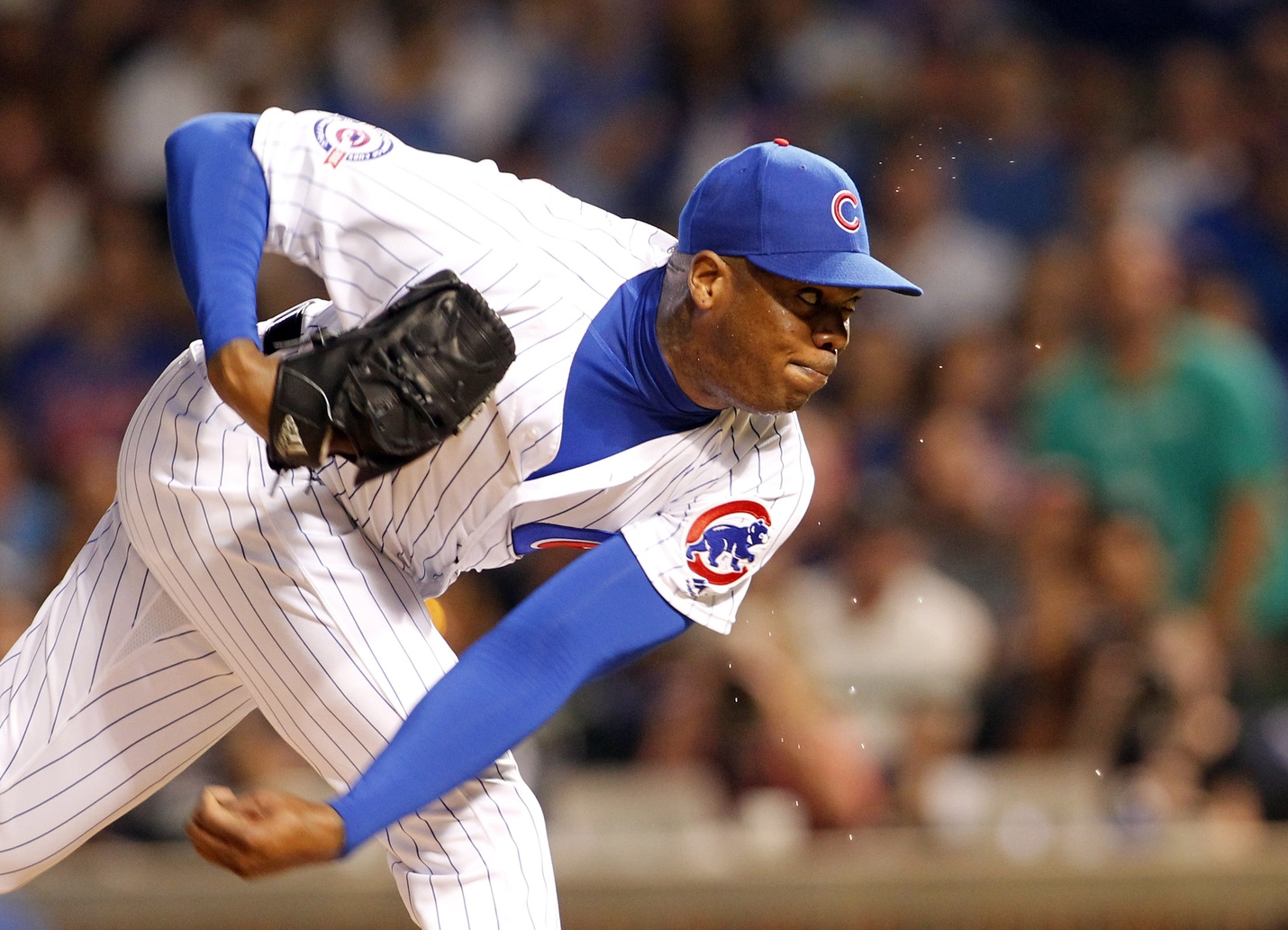 Obviously, not all players are created the same. Some, like Madison Bumgarner, already have firm reputations. They would need a lot more than just one bad stretch to lose their statuses. Others, like Carlos Gomez, are in a spot where they have virtually nothing left to lose.

But some players have a lot to lose. Whether it’s a potential big contract, reputation or something else, some guys need to come through down the stretch in 2016.

Who are the five MLB players with the most to lose during the home stretch?

Chapman is objectively one of baseball’s best closers and a pending free agent. That means we can expect a big pay day this offseason, right?

Probably, but not necessarily as big as we think someone with his skills would normally command.

Chapman may not go to jail, but that doesn’t make the police report for his off-season domestic violence issue any less troubling. Every team in the league has certainly read that and they’re all asking a simple question regarding the free agent to be. Is he worth the trouble?

With a big postseason, someone will say yes. Obviously, a truly big postseason for a closer would include him throwing the final pitch of the World Series, but that’s as much on his Chicago teammates as it is on Chapman.

If the closer puts up big numbers when he’s called on, he’ll show other teams that he can be depended on in a big spot. With that, he’ll rack up a lot of money.

With a poor postseason, however, that changes. Make no mistake, someone will still sign Chapman. But with a bad performance in the playoffs, he wouldn’t look so dependable to the rest of the league. Inevitably, that would lead to at least some teams saying that, no, he’s not worth the trouble. With fewer teams in a bidding war, his price would go down.

Bautista is set to end this season’s second DL stint shortly. When he does return to action, the slugger had better perform at a high level.

The Toronto outfielder is also a pending a free agent. To get a big contract, it would help if a player could show that he’s on his way up. Unfortunately, Bautista’s 2016 stats do the exact opposite.

In July, reports broke that Bautista wanted a long-term deal. The team, however wanted to give a short-term deal similar to what the New York Mets gave Yoenis Cespedes. At this point, Bautista would be lucky to get anything close to what Cespedes got last winter.

While Bautista certainly has an impressive body of work, the facts don’t work in his favor. He’ll be 36 at the end of the year, has been on the DL twice this year and hasn’t been that effective when on the field.

With that said, all hope is not lost. Toronto is in a pennant race, and with a strong final push, Bautista can leave teams with a good final memory of his 2016 season. If he doesn’t, a big contract will be hard to come by.

While Bautista is older than Reddick, he does have a significantly larger body of work to take to the negotiating table.

With his trade from the Oakland Athletics to the Dodgers, Reddick was given a chance. A strong showing in a playoff push could have given him something solid to take to negotiations this offseason.

While Los Angeles has played well in that time, Reddick’s contributions have been minimal. In 19 games, he’s slashing at a paltry .149/.219/.164 with no home runs and only a single extra-base hit.

Reddick has to take complete advantage of the remaining chances he gets in Los Angeles. If he doesn’t, he’ll be watching a lot of money go elsewhere. 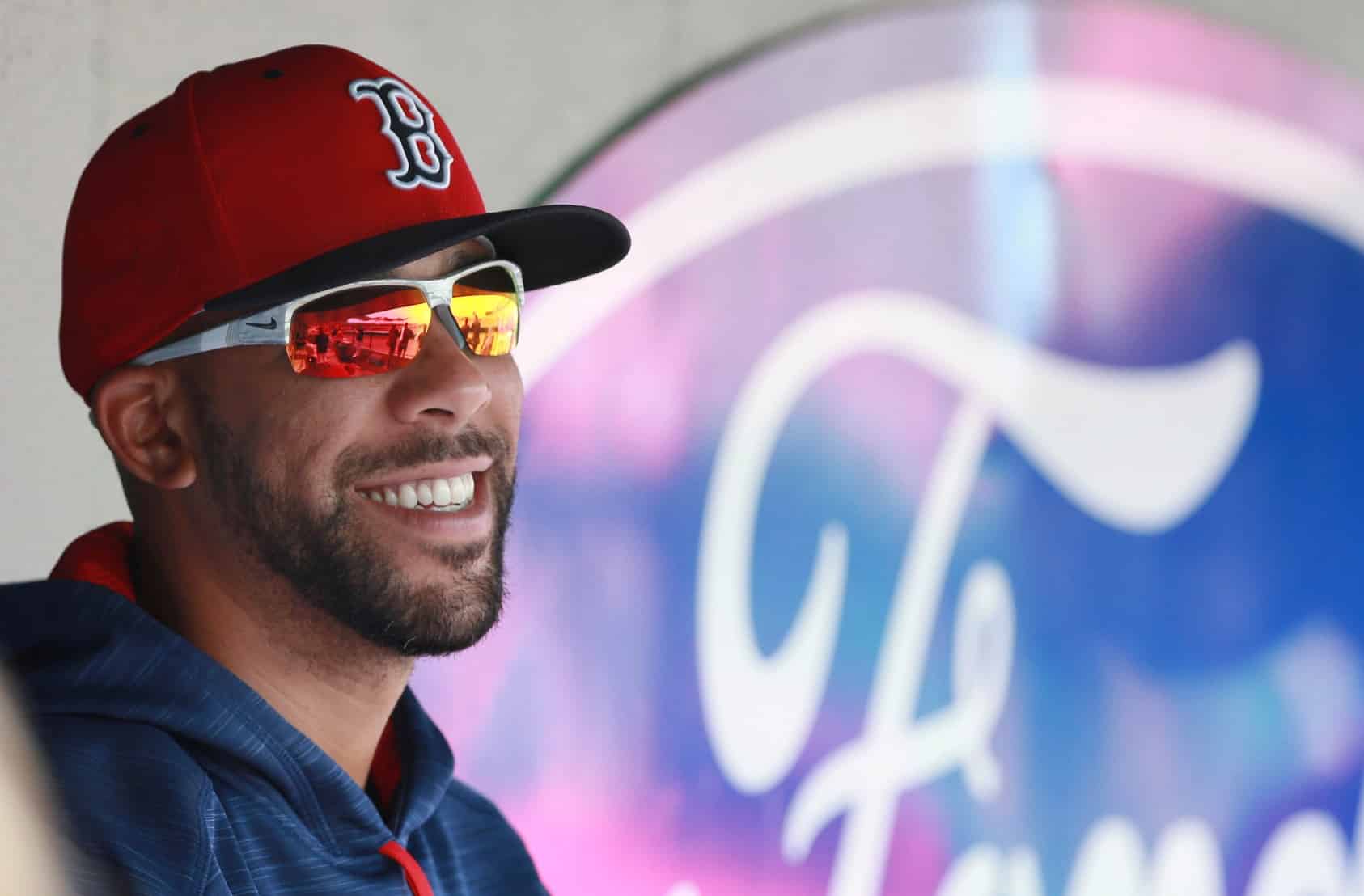 Unlike the aforementioned players, Price is not a free agent. He’s in the first year of a huge deal, so he won’t be losing any financially.

This is more about how Price is perceived. Is really an ace?

The problem is that he was signed to be an ace of a playoff team. Boston may get there, but the Sox are far from a lock. Additionally, even if the Red Sox do make the playoffs, it won’t be on the back of a strong season from the high priced newcomer.

Once the playoffs begin, a new spotlight will emerge on Price, assuming his team qualifies. In postseason play, he sports a 2-7 record with a 5.12 ERA. That’s a far cry from being a front line guy.

If Price finishes the season on a strong note and pitches well in the playoffs, he’ll go a long way in solidifying his deserved reputation as one of baseball’s best pitchers.

If he doesn’t, he’ll hear more and more talk. In a town like Boston, that talk is loud and ever present. He doesn’t have a lot to lose financially, but in terms of his peace of mind and silencing critics, the rest of the season is very important.

Papelbon’s situation is entirely unique. He’s presently not even under contract with any MLB team. Still, the former Washington Nationals closer has a lot to lose.

First of all, if the Nationals do well in the playoffs, it’s an immediate bad reflection on Papelbon. No, he wasn’t in Washington when the team collapsed in the 2012 and 2014 playoffs, but his time there was one giant headache for the organization.

When he requested his release, it was granted without much of a fight. Who knew that a long list of problems over a year, highlighted by attacking the team’s franchise player, would create such backlash?

If the Nationals win without Papelbon, the cynical view would be that they got rid of the cancer, got focused, and won. The more moderate view would be that if Washington won without him while getting nothing back for him, how good could he still be? Moderate? Yes, but still not flattering.

Now, what happens if Papelbon signs somewhere, like back in Boston or in Chicago?

First of all, when he’s not pitching, Papelbon needs to be on his best behavior. If he so much as steps on the toe of one of his new teammates, it will be analyzed ad nauseam.

Chapman, Bautista, and Reddick all stand to lose money. But unless they suddenly decide to retire, all three will be in MLB next year.

If things go wrong for Papelbon, he could well be out of baseball in 2017. That’s quite a lot to be hanging in the balance.