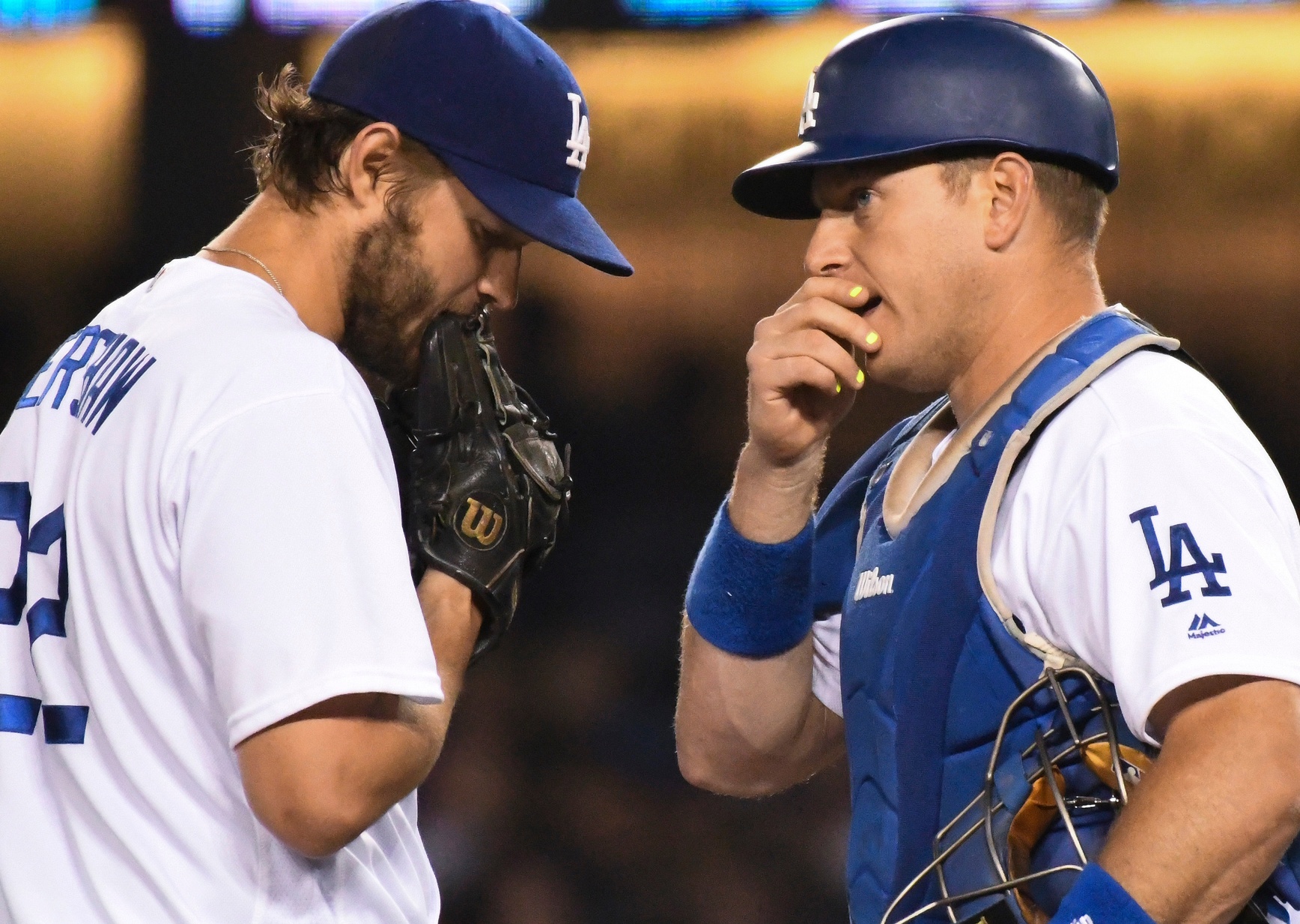 It’s not likely that the Los Angeles Dodgers will miss the offensive contributions of recently traded catcher A.J. Ellis. The loss of Ellis as a catcher, however, might have an impact on the game’s best pitcher, Clayton Kershaw.

Everyone understands that baseball is a business. When an aging player on a likely playoff team struggles (Ellis is slashing .194/.285/.252), he becomes expendable. While the players may understand the moves, that doesn’t necessarily mean that they won’t be impacted by them.

Kershaw and Ellis were both clearly impacted by Thursday’s trade.

Ellis said Kershaw was "shocked. We both cried."

On the field, it’s difficult to say what kind of impact this could have on Kershaw when he returns. Kershaw has never thrown to new Dodger Carlos Ruiz, but he has thrown to Yasmani Grandal, who’s been Los Angeles’ primary backstop in 2016.

With that, we can put a decent comparison together. At a glance, it doesn’t look like Kershaw suffers much throwing to Grandal vs. Ellis. In some areas, he’s actually done better.

How Clayton Kershaw has done throwing to A.J. Ellis vs. Yasmani Grandal pic.twitter.com/D4dAKJNGKO

Case closed. Kershaw will be just as effective with Grandal — or any catcher — than he was with Ellis, right?

That’s certainly a possibility. It would be foolish to expect the world’s best pitcher to all of a sudden fall off the map because Ellis is no longer in the picture. But his sample size with Ellis is significantly greater than it is with any other catcher.

Kershaw has thrown 829 innings to Ellis. The next highest man on that is Russell Martin, to whom he’s thrown 349 innings. The six men who have caught Kershaw the most after Ellis (including Grandal) have caught him for a total of 830 innings. Even if the numbers are strong, there’s just no way that Kershaw has developed the kind of rapport with any of them that he’s found with Ellis.

It’s certainly possible that none of this will matter. It’s not like Kershaw is going to lose 10 mph off of his fastball, or the sharp break on his curve.

Still, the reality is that baseball players are creatures of habit. Nobody exemplifies that more than a pitcher, and nobody is more important to a pitcher than his catcher.

He needs to know when the pitcher needs encouragement and when he needs tough love. The guy who knows all of that better than anyone about Kershaw is no longer with the team.