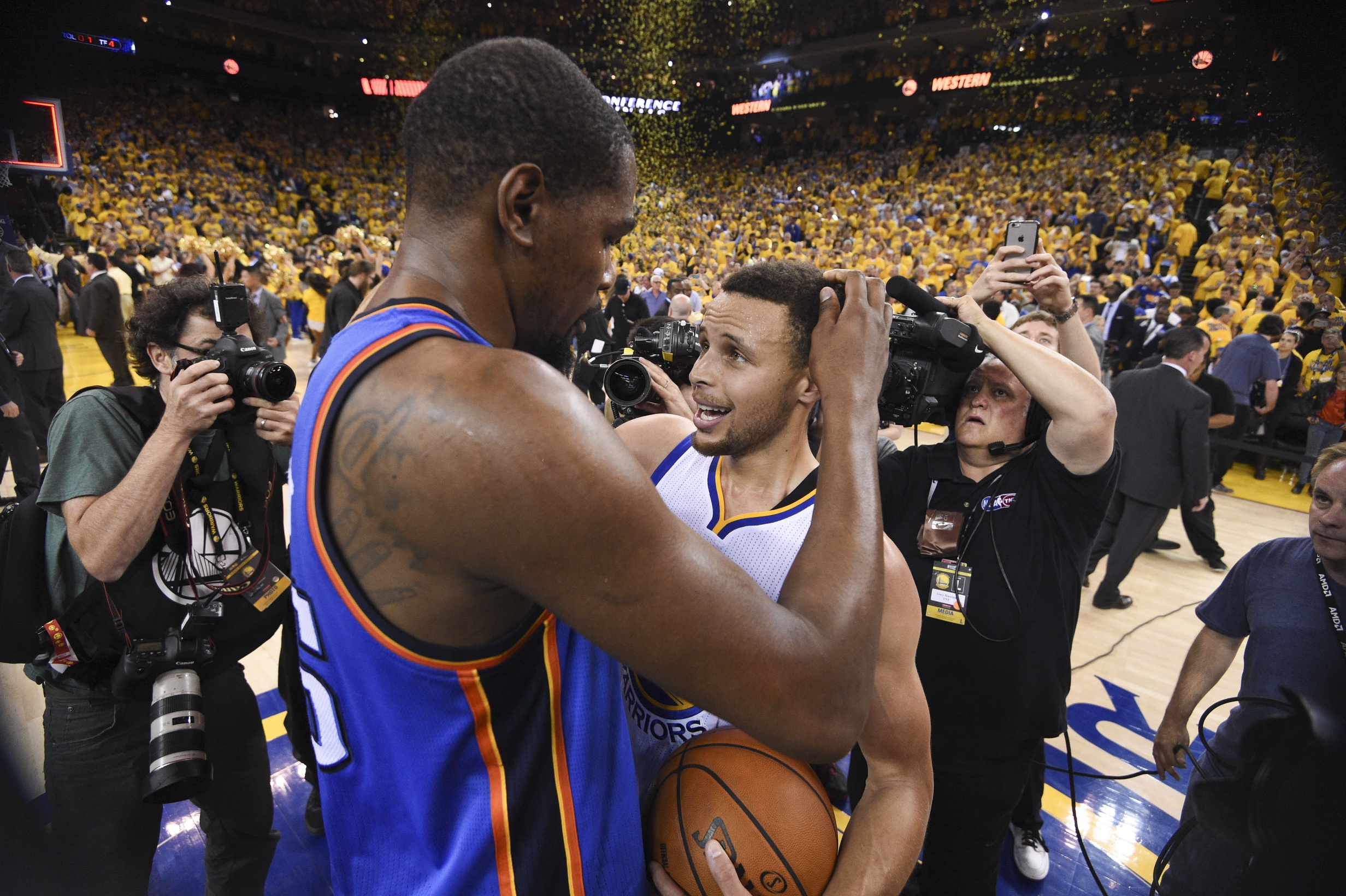 It now appears to be down to six teams for the services of free agent Kevin Durant. The former MVP will meet with his Oklahoma City Thunder and five other teams over the next few days.

At that point, Durant will have to think long and hard about his next move — a move that could shape the NBA for the next half decade.

Among the teams that have been most linked to Durant are the Golden State Warriors, who are looking for an upgrade from Harrison Barnes at small forward.

Now, on the heels of the Warriors joining other teams to meet with Durant in New York, Alex Kennedy of CBS Sports is reporting that the team is confident in its ability to land him.

The Warriors have told people around the NBA that they're confident Kevin Durant will seriously consider joining them. GS-KD meet on Friday.

I'm not saying it'll happen, but the Warriors are feeling confident and Kevin Durant IS intrigued. https://t.co/1LnB8BAQNK

If this were to come to fruition, no one in the basketball world would be surprised here. After all, reports over the past several months have suggested that Durant prefers the Warriors should he leave Oklahoma City.

In addition to this, both Andre Iguodala and Stephen Curry have had glowing remarks to throw Durant’s way. This comes after Warriors players were reportedly recruiting Durant to Oakland during the season.

If Durant were to land with the Warriors, it would potentially set into motion a dynasty in the Western Conference. Despite Golden State’s historical collapse in the NBA Finals a couple weeks back, here’s a team that won a league-record 73 regular season games.

It boasts the reigning two-time NBA MVP Stephen Curry, two more All-Star performers, a Coach of the Year and a market that should attract endorsement deals for Durant that would make Oklahoma City look as arid as the Mojave Desert in July.

A separate report from ESPN’s Marc Spears indicates that some close to Durant feel that his decision is 90 percent made up. Said decision includes him returning to Oklahoma City short of another team blowing him away during the courting process.

This could very well come in the form of the Warriors.