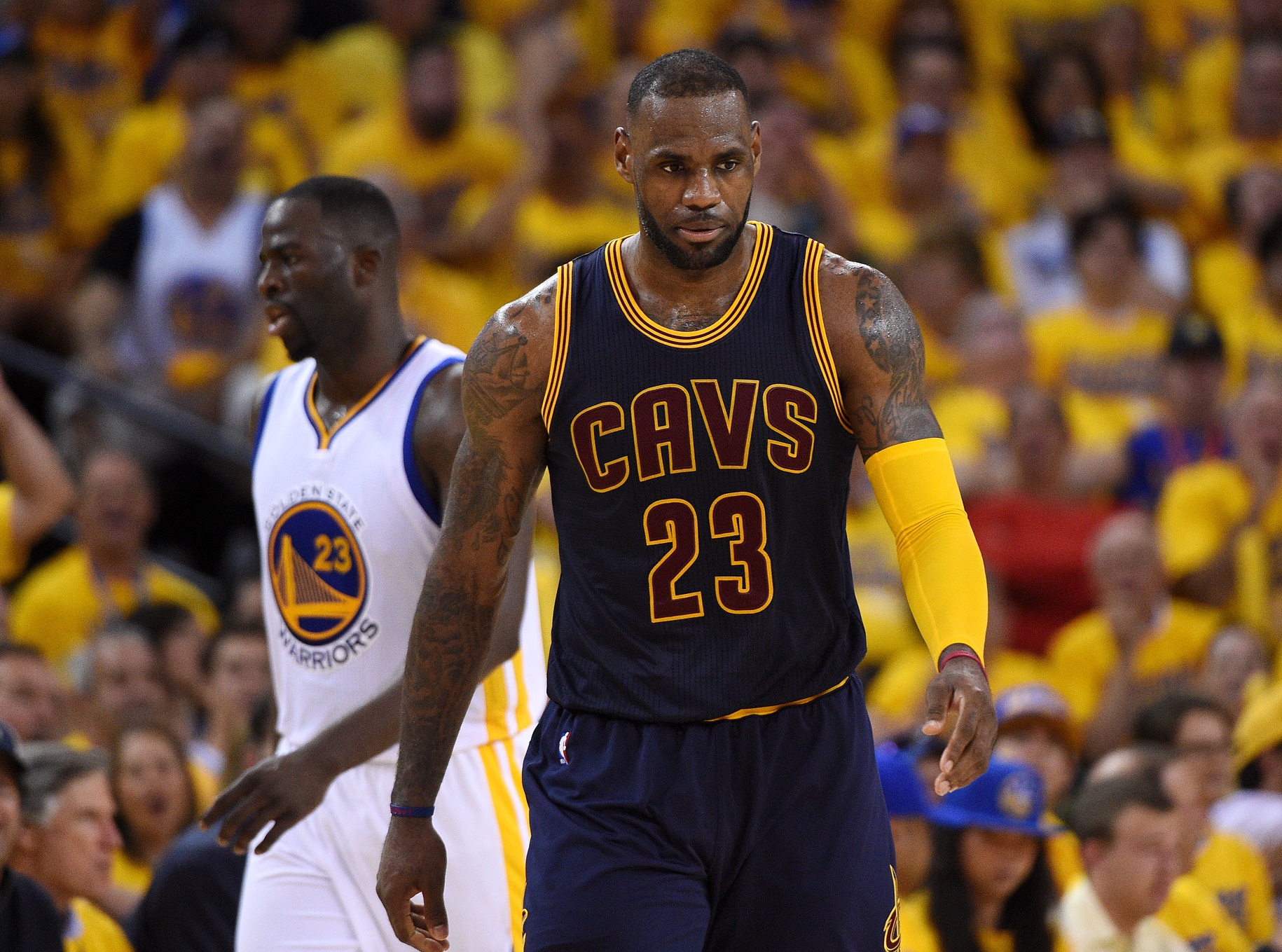 Mychal Thompson, an ex-NBA player who just so happens to be Klay Thompson’s father, criticized LeBron James for being soft on Monday.

A player who went up against some of the toughest players and teams during the 1980s and 1990s, including the Bad Boy Detroit Pistons, he knows a thing or two about what it takes to stand tall in the face of overwhelming adversity.

Responding to James’ complaints in the media about not getting fouls and about Draymond Green calling him a certain derogatory word, he says James “couldn’t have survived” playing in that era, per Diamond Leung of the Bay Area News Group.

Mychal Thompson: "LeBron (James) couldn't have survived in the 80s with the physicality and the words guys said to each other back then."

Thompson also made it clear where he stands on Green’s suspension for Game 5.

Mychal Thompson: "Are you freaking kidding me? Who complains to the media about being called a name?"

Mychal "I cannot believe..what we're facing tonight bc a player complained ab being called a certain word that rhymes w witch on the court."

Of further note, Thompson said of James, “We all respect LeBron’s ability..but man sometimes he acts too entitled like he’s supposed to get everything he wants.”

Whoa. Tell us what you really think.

That said, Thompson’s opinions are likely shared by many. Furthermore, Green was simply retaliating when he slapped James under his shorts (watch here) and called him that word that rhymes with “witch.”

Even James’ own teammate, Kevin Love, noted his act of stepping over Green was disrespectful (more on that here). Green obviously agrees with that sentiment.

“[James] stepped over me and I felt like that was disrespectful,” Green said, per Marc J. Spears of The Undefeated. “I don’t disrespect you on the court. Don’t disrespect me. There’s no love lost. It is what it is. It’s a battle out there. I’m going to battle with whoever it is.”

James obviously took offense to Green’s remark and special love tap, and he voiced his displeasure to the media, showing himself to be quite soft. And therein lies one of the biggest reasons why James has never taken the Michael Jordan mantle. As great as he is, he just isn’t that top alpha dog who won’t take any crap. Anything you dished at MJ, he dished back with greater emphasis.

Instead of following in Jordan’s footsteps, James would rather complain to the media.

The Golden State Warriors are hosting the Cleveland Cavaliers Monday night in what could be the final game of the 2016 NBA Finals. Up 3-1, they need only one more victory to claim their second title in a row over James’ Cavs.