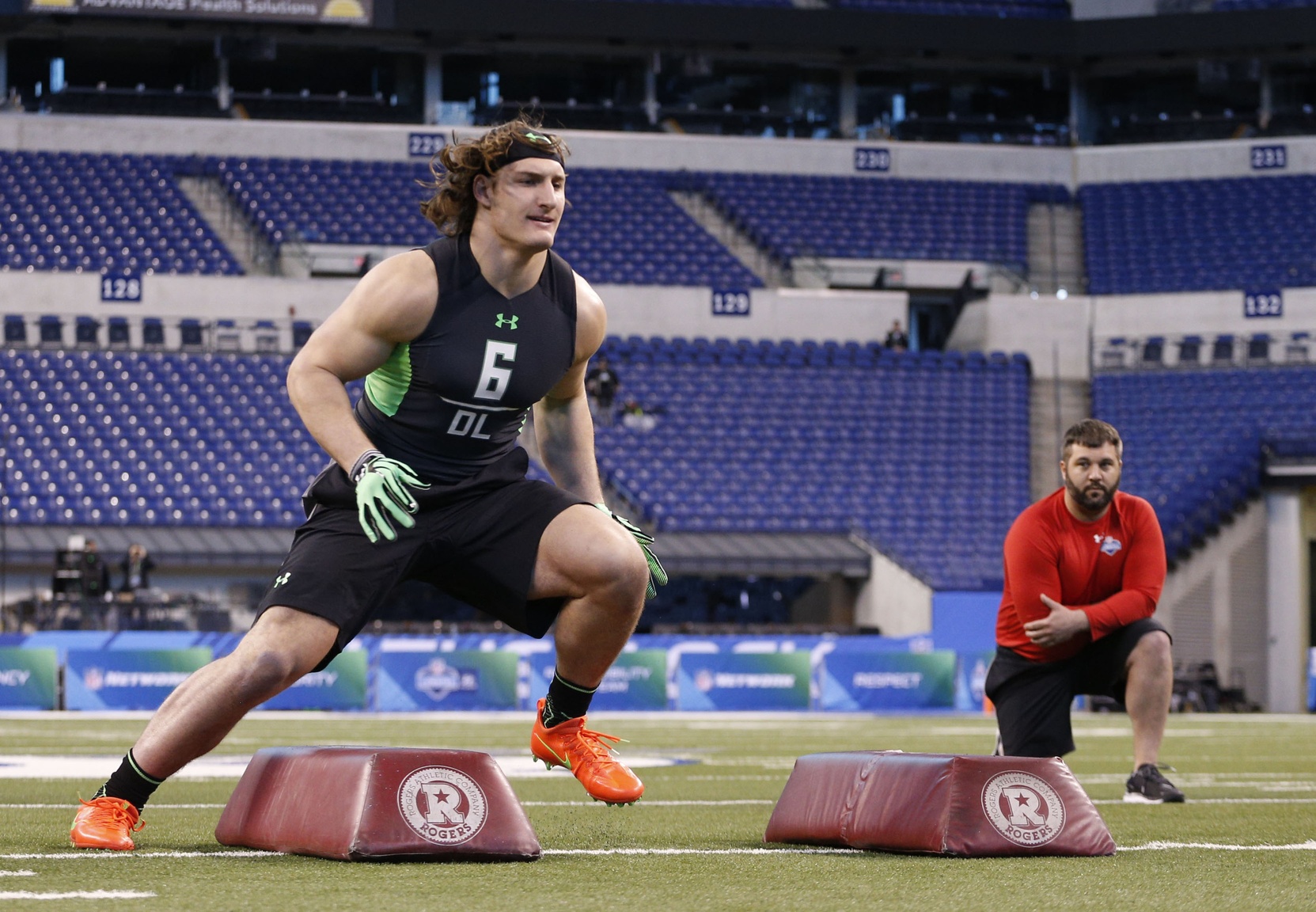 The San Diego Chargers are holding mandatory minicamps right now, and rookie Joey Bosa (No. 3 overall) is noticeably absent. He is also still absent a contract, which is why he cannot be fined for not attending.

“Bosa’s camp has advised him to hold out amid a stalemate in negotiations,” writes Michael Gehlken of the San Diego Union-Tribune. “The former Ohio State defensive end skipped last Thursday’s final OTA practice for the same reason, sources said. His absence to the voluntary session, which was closed to reporters, gave the Chargers indication he might miss Tuesday, too.”

The crux of the issue is reportedly the offset language of Bosa’s rookie contract. The Chargers want it to be included in the deal, while Bosa’s camp doesn’t want anything to do with it, per Gehlken’s source.

Offset language protects teams from being on the hook for the entire contract. Should Bosa not pan out and the Chargers released him before his contract ran out, the franchise wouldn’t have to pay him the entirety of his four-year deal, which will include a fifth-year option as it is with all first-round contracts.

Another issue that is proving difficult to solve, per Gehlken, is how Bosa’s guaranteed cash is dispersed.

“In this instance, a source said that the Chargers prefer to defer Bosa’s signing bonus — this is a regular practice; eight of the other nine top-five picks since 2015 have deferred signing bonuses rather than it all being paid up front — while Bosa’s representation prefers the money to be paid earlier.”

Bosa needs all the reps he can get right now in order to be at his best as a rookie. Hopefully this contract stalemate will not last long and he shows up to work soon.

In the end, it’s unlikely Bosa will get what he wants. Perhaps he will accept a compromise, much in the same way Marcus Mariota did last year when he went unsigned until just before training camp.