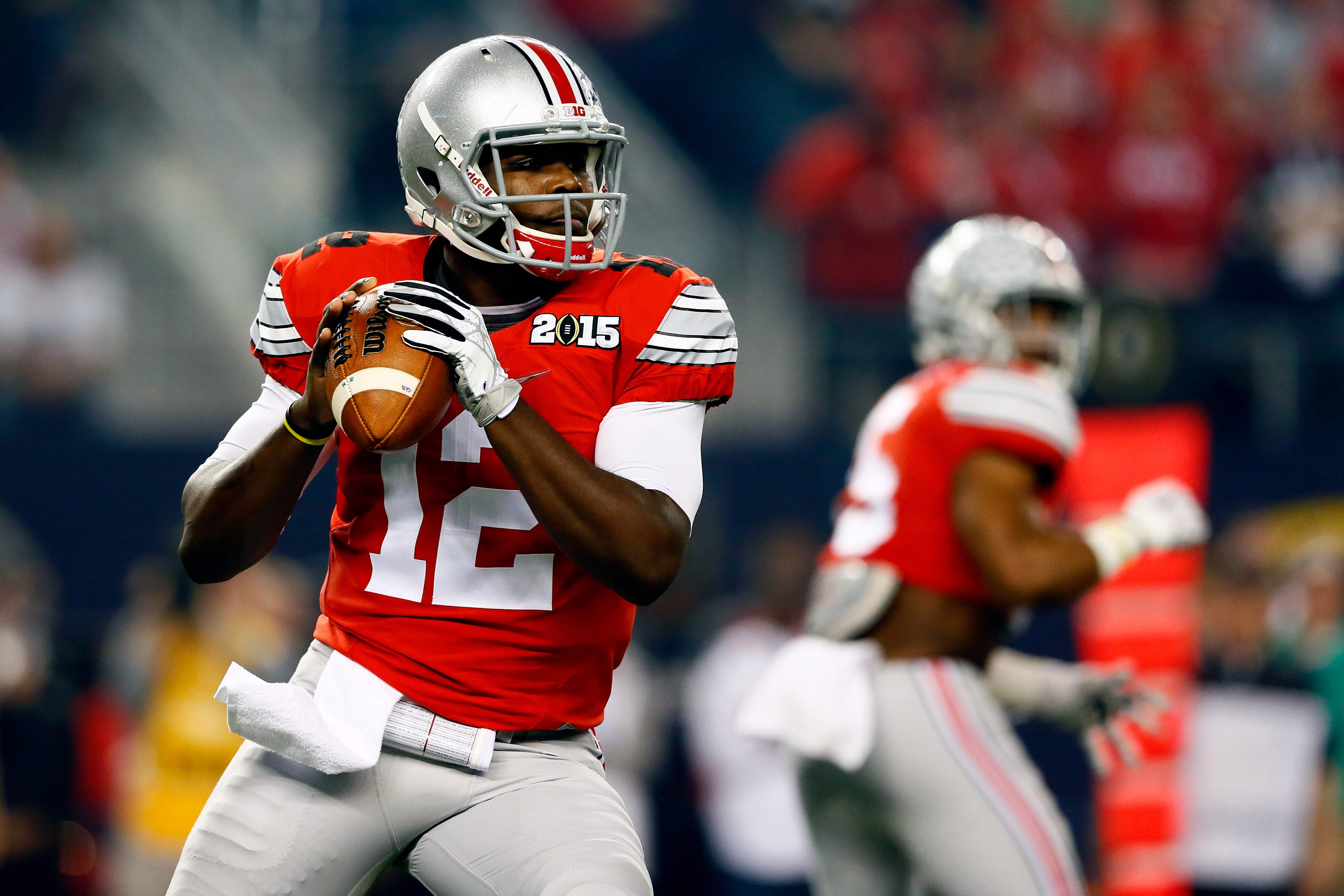 College football coaches usually gush about their players’ chances at the next level. This isn’t the case, however, when it comes to Ohio State head coach Urban Meyer and quarterback Cardale Jones.

In fact, one might be inclined to wonder if Meyer truly believes Jones has what it takes to make it in the NFL after reading a few comments, via Ohio.com’s Maria Ridenour, in which the coach describes some pretty precise conditions that must be met for success:

“It’s going to be dictated by the team that takes him, the amount of patience and the relationship he develops with the quarterback coach.”

Meyer did go on to mention Jones’ strengths, which includes his size and arm strength. But another weird comment by the coach followed when he said, “Believe it or not, knowledge of the game and knowledge of coverages is pretty high, an 8.”

We’re not exactly sure what that’s supposed to mean when he said, “Believe it or not,” but however you want to interpret that comment it’s clear Meyer isn’t exactly high on Jones’ NFL chances.

He also mentioned Jones struggled at school, which might have contributed to his on-field struggles.

“I think he’s a very sharp person. He loves football,” Meyer said. “Discipline will be big — when I say do the right thing, the best quarterbacks are complete students of the game and that’s all they do.

“The quarterbacks that weren’t — we’ve witnessed a couple tough situations in the NFL the last couple years — are the ones that are all over the place, more worried about social stuff going on and they fail. This will be big. How he attacks this opportunity is going to be key.”

The quarterback is a tough guy to project. He struggled mightily this past season before giving way to J.T. Barrett. Mainly, accuracy, timing and anticipation issues were prevalent, and he ended up throwing just eight touchdowns and five interceptions in 10 games for the Buckeyes.

This was a stark contrast to Jones’ outstanding performance during Ohio State’s national championship season in 2014, when he came into the lineup late in the season and made big play after big play to lead the Buckeyes to the title.

Still, in spite of his struggles this past year, you’d expect Meyer to give a more ringing endorsement of his quarterback than what we’re seeing here.

“Whoever drafts him will have to have a little bit of patience,” Meyer said. “The unfortunate thing in the NFL: There’s not a whole lot of patience.”

One has to imagine Jones isn’t exactly thrilled by this “support” from his former college coach.