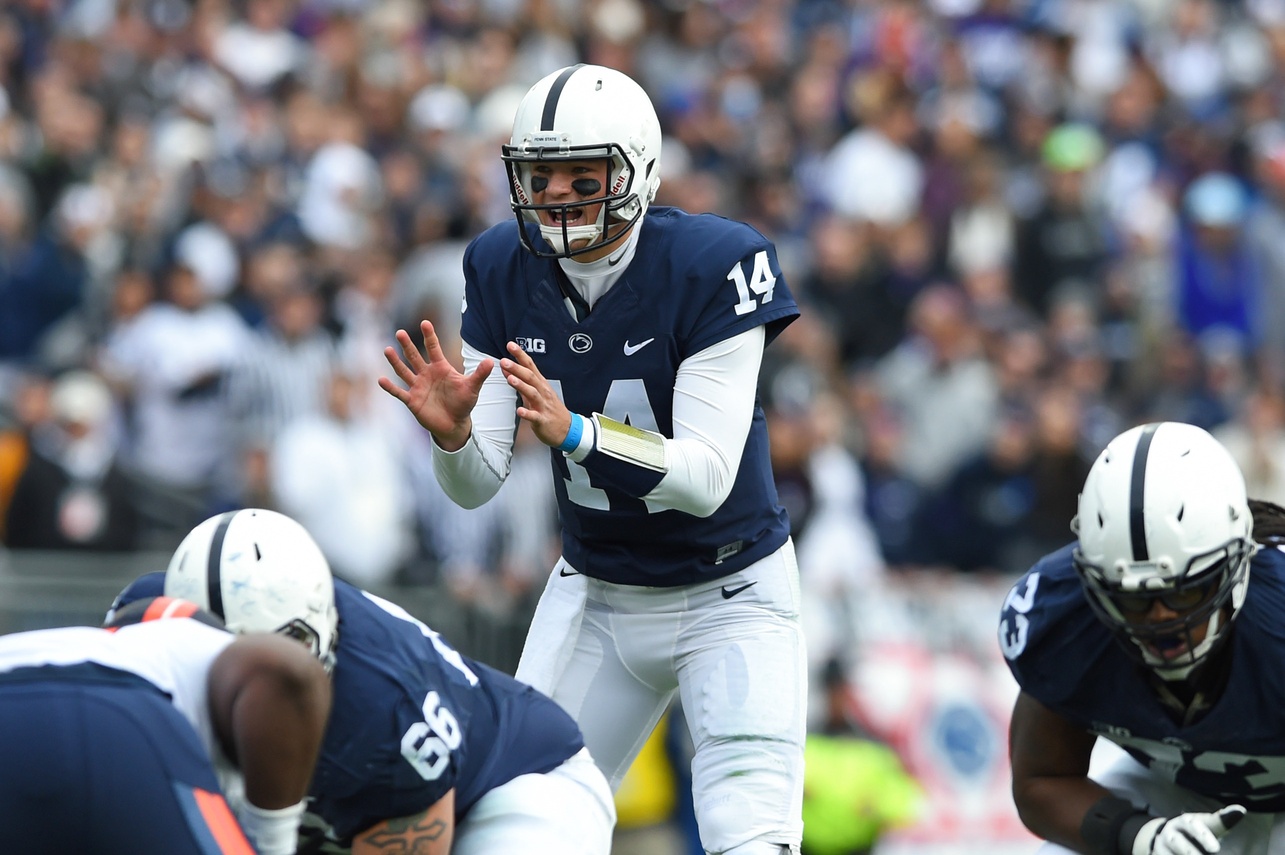 The Buffalo Bills apparently aren’t sold on Tyrod Taylor to be the team’s starter of the future.

Even after Taylor put up a stellar 2015 campaign in his first season with the Bills, they have been kicking the tires on quarterbacks heading into the 2016 NFL draft.

“Some in the NFL are convinced the Bills will consider Christian Hackenberg here, not so much because of the Penn State roots of the owner (Terry Pegula),” King reported. “But because some in the organization are convinced that Hackenberg, with the proper training, can be a good NFL player.”

Now that the Los Angeles Rams and Philadelphia Eagles have moved up to the first two picks of the draft respectively, it’s highly likely that the draft’s top two quarterbacks, Jared Goff and Carson Wentz, will find themselves off the board with those selections.

This pushes every quarterback up a notch in the draft, including Memphis product Paxton Lynch. Originally considered a mid-to-late first-round pick, Lynch could very well go off the board in the top 10, further pushing lesser quarterback prospects up on the pecking order.

Even then, Hackenberg has to be considered a reach anywhere in Round 1. He struggled a great deal in his final two seasons with Penn State, showing rapid regression from what was a standout performance as a freshman back in 2013.

Some blame Penn State’s horrendous offensive line performance and a lackluster coaching staff on Hackenberg’s struggles the past two seasons, but his inability to show anything of substance during the NFL Scouting Combine in February has to be considered a red flag here.

Simply put, Hackenberg can’t be seen as anything more than a project mid-round pick at this point.

Reaching for him in the first round would be a tremendous failure for a Bills organization that is just a couple years removed from exhausting a first-round pick on another failed project in EJ Manuel.

King did go on to indicate that he can’t see the Bills reaching for this Penn State product:

“But I can’t see it. Rex Ryan’s a Tyrod Taylor guy, and he won’t want that messed with,” King continued. “Ryan wants a tough disruptor in the front seven from this draft, and it’s got to be someone who can get to the quarterback because the Bills were so bad at that last year.”

That’s fine and dandy, but there’s definitely talk around the NFL regarding Hackenberg to the Bills. And as the saying goes, “where there’s smoke, there’s fire.”

Let’s just hope the Bills don’t burn this whole thing down by reaching on a substandard quarterback prospect with more pressing needs on both sides of the ball.