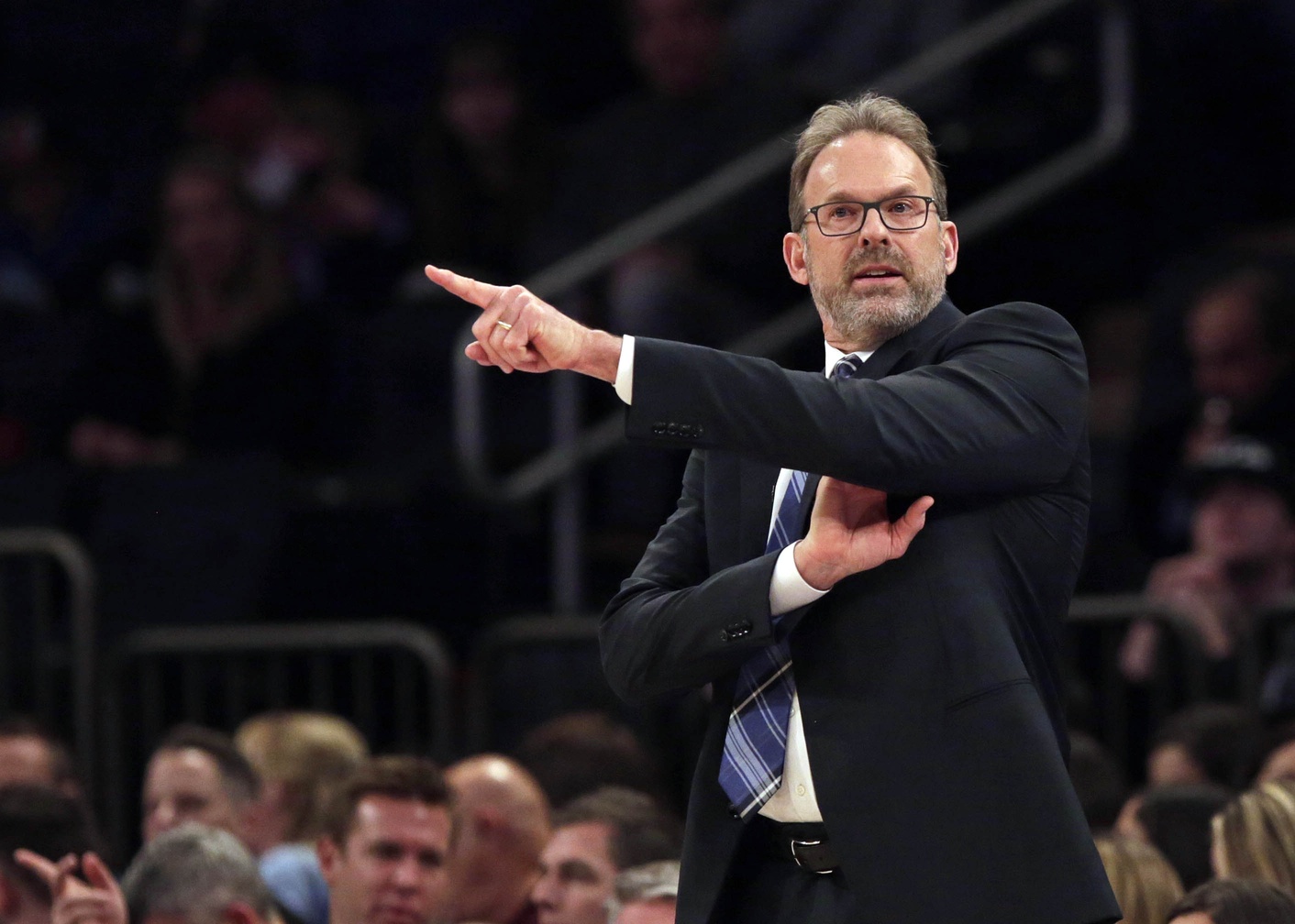 Kurt Rambis is pushing to have the “interim” label removed from his title with the New York Knicks heading into the 2016-17 NBA season. As part of his campaign, perhaps, Rambis took a shot at Derek Fisher’s practice habits as it relates to Phil Jackson’s triangle offense.

Fisher recently appeared on NBA TV and said teaching the triangle was more “challenging” and “difficult” than other offenses.

Friday morning Rambis went for the takedown on Fisher, whom he replaced, via Ian Begley of ESPN:

“If you want learn something, and truly learn something, you have to immerse yourself in it. That probably goes for about anything. We didn’t fully immerse ourselves into practicing [the triangle], developing it, learning how to work with it, going through the breakdown drills to execute it properly so we kind of skirted over things,” Rambis said Friday prior to the Knicks’ shootaround. “The real learning process of it didn’t have enough time to take place. We also didn’t allow the players the kind of time that it needs in terms of putting in the time to allow them to get comfortable with it. And then you start getting into the season when we weren’t scrimmaging a lot, and practicing a lot. You need those days, you need that time to allow players because the light turns out at different times.”

The Knicks haven’t been great under Rambis since he replaced Fisher, posting a record of 8-17.

On the one hand, what Rambis is saying makes perfect sense. The Knicks truly didn’t dedicate enough time on learning the intricacies of the triangle offense, and Fisher often went away from it at critical points in games. With that in mind it’s not surprising the team hasn’t been cohesive offensively all year long.

But the cynic in me sees this almost like a politician who landed his spot in the big picture midway through an election cycle. They all point to the guy/gal who had the position before they did as the reason things are so miserable right now.

That said, given the fact that Rambis is now and will be in the future completely, 100 percent committed to running Jackson’s triangle, he’s likely going to be the head coach of the Knicks next year.

And he doesn’t think it’s going to be an issue getting his players to execute the system, once they buy into it.

“First off it’s not difficult. It’s like learning anything new. You have to open up your mind and be receptive to learning something new. That’s a huge part of it. Phil [Jackson] and [triangle architect] Tex [Winter] have always felt it takes players, regardless of who they are, a good year when you’re staying in it, when you’re executing it the way it’s supposed to be executed.”

For better or worse, it seems like Rambis is going to be the guy the Knicks count on next season.

Since Jackson came aboard as the president a couple of years ago he’s been searching for a coach who can execute his vision. He believes Rambis is that guy.

Time will tell if this is the beginning of another golden era of Knicks basketball or if it’s just another huge mistake in a long line of them since James Dolan took over.