With spring training getting underway in both Florida and Arizona, now is a great time to look at the most intriguing positional battles that are taking place around MLB.

For various reasons, these are the 10 most interesting battles to watch as we get deeper into spring training.

There are a couple of things to monitor here.

One is who wins this job. The Blue Jays are one of the best teams in the American League and as such, their closer will be under the microscope.

Two is how well both men perform in their roles afterwards. For the sake of the team and Blue Jays fans everywhere, the best case scenario is that this will be a difficult decision. If it is, it’s a good sign that the late innings will be pretty well manned, regardless of who handles the eighth and who takes the ninth.

If the two men struggle to define their roles, it creates a potential opening for the rest of the American League East. There isn’t a truly complete team in that division, but the Blue Jays have the most talent. The most glaring potential problem for them will be if their bullpen squanders leads in the late innings.

If Storen and Osuna both perform well in the Grapefruit League and make it a difficult decision, it’s an early sign that Toronto may be awfully hard to beat. 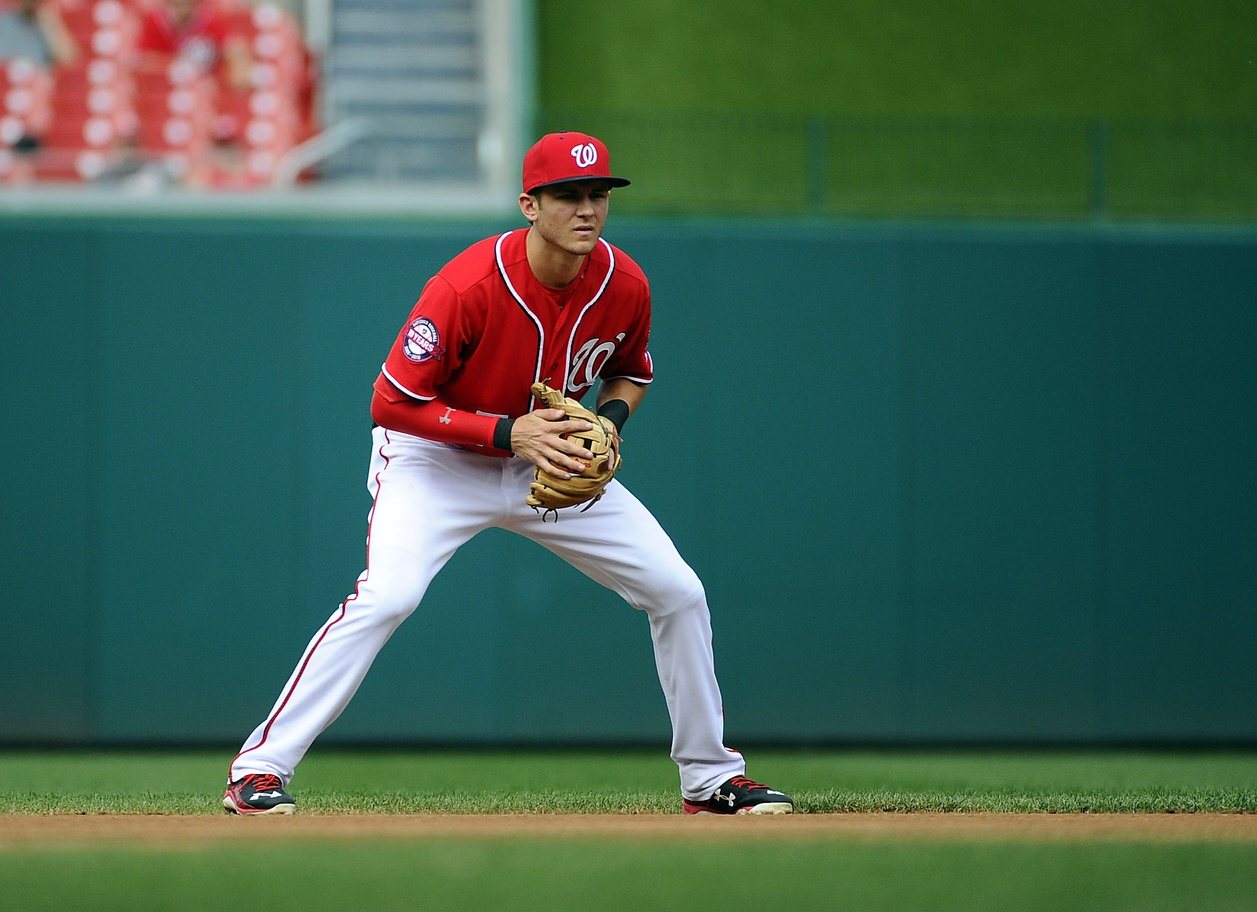 Eventually, this job will belong to Trea Turner. The question is, how long will it take him to become a full time starter? So far, he’s off to a good start.

Espinosa is a fine player, but he’s a utility guy. He’ll be 29 in April and has been in the league for a while. If he starts, is really just a bottom of the order player.

Turner has a genuinely high ceiling. He’s got power and good speed. If he wins the job early, then he would give Washington’s lineup much needed depth.

We stick with the Nationals for a very similar battle. These three guys are likely fighting for two spots, and much like Espinosa vs. Turner, it comes down to proven guys with limited upside against an unproven stud with a lot of potential. So far, Lucas Giolito is making a good impression.

Washington’s pitching rotation is nowhere near as deep as it’s been in the past, though a lot of that changes if Giolito develops quickly.

This team would be at its best with Giolito in the rotation with either Ross or Roark starting and the other as a long man in the bullpen. That starts with a good spring training.

We move across the country to a very similar, yet different battle. Like the Nationals, the Padres have a handful of players battling for a few spots. It’s different out west, though, because unlike Washington, San Diego isn’t really expected to contend.

Maurer, Rea, and Erlin are all 25, while Perdomo will be 23 in May. They all have the potential to be cornerstones of the Padres’ rotation in the future.

They probably don’t all need to have a good spring, but if at least two or three of them do, it will open San Diego up to trade Tyson Ross, James Shields, or Andrew Cashner, which could help replenish the team’s farm system. Cashner, Shields, and especially Ross would likely bring in a big haul.

Without a big spring from the youngsters, a trade is still possible, but a big scale trade would become a lot harder to foresee. 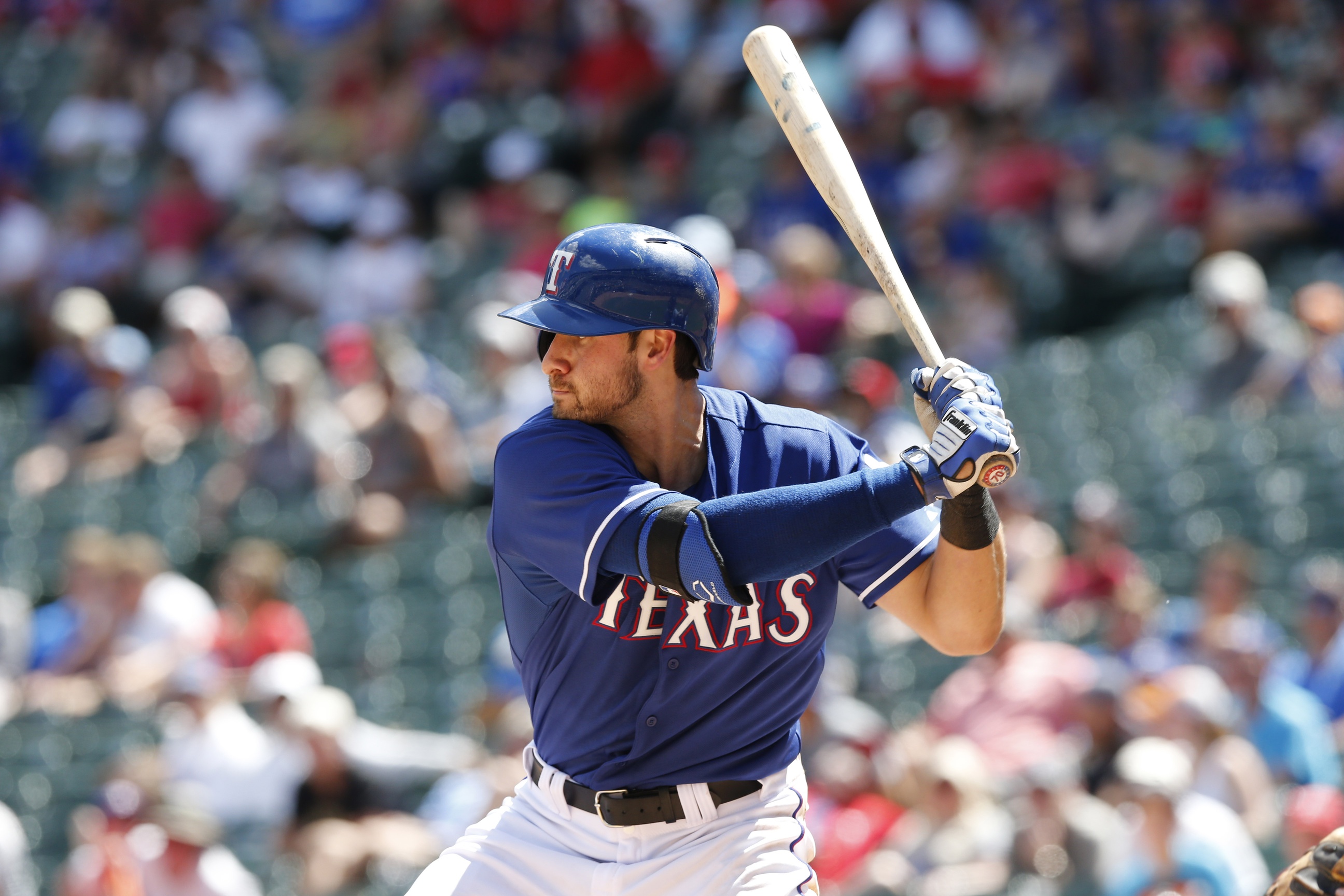 This is a spring training battle that came to us recently after Desmond signed with Texas. It features a veteran infielder going to the outfield against a hitter with immense power but a remarkably raw overall skill set.

Ian Desmond to the Rangers. Gives them another RH bat with Adrian Beltre, and keeps them from having to press Joey Gallo into duty in LF.

The question is, what happens if Gallo’s power is just too immense to ignore? They probably do want to bring him along slowly, but as rough as his overall offensive game was with the Rangers in 2015 he still slugged six homers in only 108 at-bats.

Also, if Desmond struggles in the outfield and Gallo is still an unfinished product, where do prospects Nomar Mazara and Lewis Brinson fit in and when might we see one of them?

Ivan De Jesus is a part of this, but the guy to watch here is Peraza. The second baseman of the future job is definitely his to lose, but how quickly can he get there?

A good spring training from Peraza could open the door for a Phillips trade. Remember, the Reds and Nationals nearly connected on a deal for Phillips.

If Peraza quickly shows that he’s up for the task of being the team’s starting second baseman, then the speculation goes to the good teams that are looking for a veteran to man the keystone with power that can lengthen the lineup like Phillips.

While pitchers are more highly sought after than second basemen, this is similar to the Padres pitching situation. If Peraza stuggles, especially if De Jesus struggles as well, then a Phillips deal will likely wait until at least the deadline.

Most of the interesting spring training battles involve likely contenders. But the battles on rebuilding squads will shape moves, or rumored moves, that could impact playoff races.

The three big names to watch here are  Medlen, Minor, and Duffy.

Medlen and Minor both had great seasons in 2013 with the Atlanta Braves, but both have dealt with rather significant injuries since. If they’ve developed well enough to the point where they can revert to their 2013 form (or about 80 percent of it), then Kansas City’s starting rotation depth is phenomenal. Medlen is 30 while Minor is 28, so it’s not exactly impossible.

Duffy has been a good pitcher throughout his career. While he hasn’t thrown too many innings out of the bullpen, he’s been much better as a reliever than a starter.

Young is a veteran pitcher that can supply five or six good innings more often than not, but doesn’t have a terribly high ceiling. Medlen and Minor certainly do.

If the two former Braves do bounce back strong and Duffy finds a spot in the bullpen, they’ll again have an incredibly deep pitching staff. With that in mind, a World Series repeat and a third straight American League pennant are very much in play. 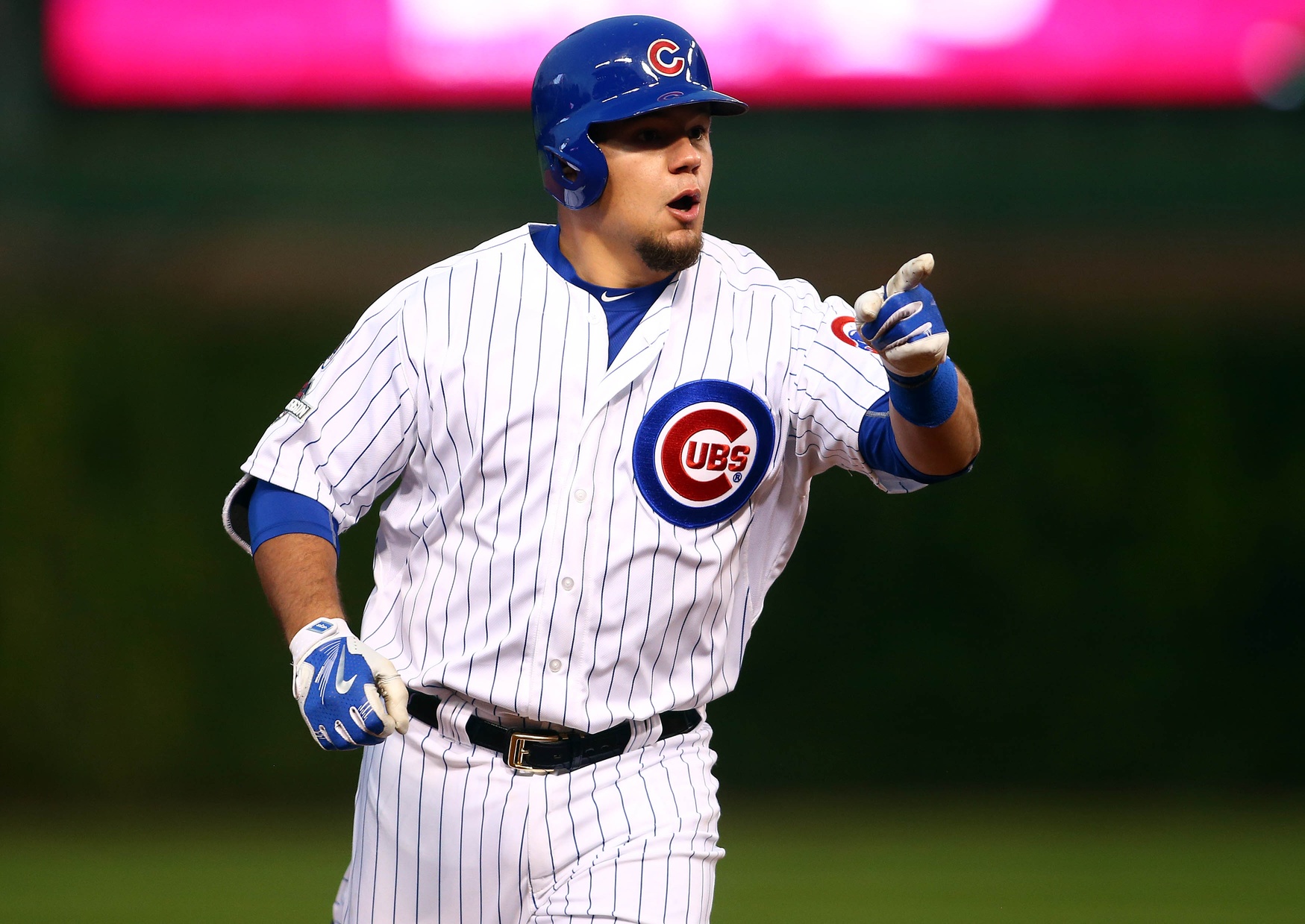 We have quite a few moving parts to this battle. We can pretty safely say that Jason Heyward will be a starter in the Chicago outfield. Which specific position he plays depends a lot on what happens with the rest of the guys.

Kyle Schwarber has immense power, but is he a good enough left fielder to make that his primary position? If not, can Miguel Montero play well enough both defensively and offensively to take significant time from Schwarber?

What about Dexter Fowler? The Cubs signed him to a pretty hefty contract so it’s likely that he’ll see the bulk of the time in center field. But what does that do for Jorge Soler? Remember, it was only a few years ago that Soler was one of baseball’s top prospects. He’s only 24, so we’re not exactly talking about a washed-up player.

The Cubs have one of the best, most talented teams in the league, but they do have quite a few questions that need to be answered.

The Orioles re-signed some of their own players (namely Chris Davis) in the offseason, but didn’t bring in a whole heck of a lot to improve them team. One of the players they did bring in was Kim, who had been a great hitter in Korea for more than a decade.

This will be an important battle, as continued play from Kim can make the Orioles better than they were in 2015. If he falters in spring training and someone like Reimold takes the job, then it’s hard to imagine the lineup being any better. Granted, they may not be worse, but the 2015 Orioles missed the playoffs, so being better is key.

It would be a relatively safe bet to say that Pederson will start in center field for Los Angeles. With that said, his struggles towards the end of 2015 were not insignificant and if he struggles in camp, all bets are off.

Ethier should also take one of the corner spots. He may not have superstar potential anymore, but he supplies solid power and overall reliable production.

If Pederson and Ethier indeed are relative locks, that leaves Crawford and the enigmatic Puig.

From an outsider’s perspective, Crawford would appear to be the odd man out. He’s had issues staying healthy and while he’s had some okay seasons to hang his hat one, hasn’t been a star since 2010.

Puig would seem to be a slam dunk. He’s immensely talented and if you were told that one of the Dodgers’ four outfielders will be an All Star and MVP candidate in 2016, Puig would be the best guess.

The problem is that if you were told that one of the four men would have an absolutely disastrous season, Puig would also be the most logical choice.

He’s been wildly inconsistent and has alienated teammates in three seasons with the Dodgers. If Los Angeles doesn’t see enough of an improvement, a trade would sure make a lot of sense.

In many ways, 2016 is a make-or-break year for the Yasiel Puig era in Los Angeles, and it starts with how well he competes for a job in spring training.