The NFL free agency period is quickly approaching, which means many players will be voluntarily, or in some cases involuntarily, looking for new teams.

Along with the moving and shaking of rosters will be veterans who have exhausted their current contracts and simply looking for a fresh start. Meanwhile, other players may be facing a release and might need a new home.

Unfortunately, pay cuts are inevitable due to age or a decline in performance. Some players may be willing to accept a lower contract to compete for a Super Bowl or take less pay for the opportunity to be on a winning team.

After losing his starting job in 2015 while playing under a massive $114 million contract, Colin Kaepernick could be searching for a different team.

So far, the 49ers new head coach Chip Kelly has yet to commit to giving Kap another chance at starter. There is also much speculation that the club will use its No. 7 pick to target a quarterback in the 2016 NFL draft.

Since Blaine Gabbert did an adequate job at an ultra-affordable price and San Francisco may choose to groom a rookie as an eventual leader, Kap and his hefty contract might be shown the door. This would ultimately mean a pay cut after a horrific partial season.

If this is the case, Kaepernick might as well set his sights on a winning team. The Denver Broncos could definitely use some depth behind or perhaps ahead of Brock Osweiler, provided Peyton Manning decides to retire. 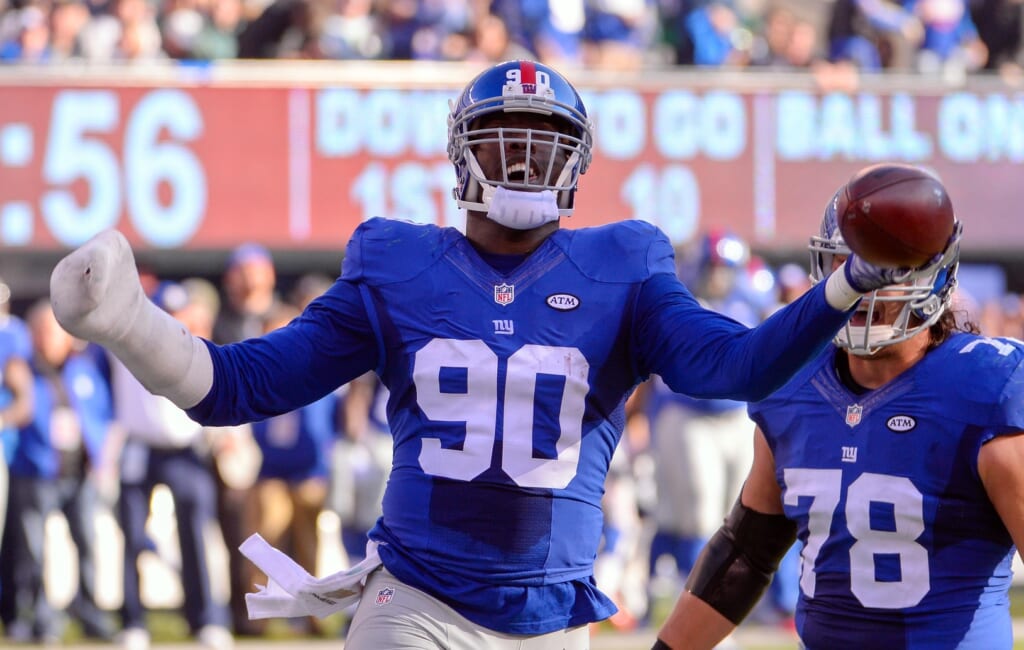 The Giants probably won’t franchise tag Jason Pierre-Paul after a down season, which was largely the product of a fireworks accident that resulted in a grisly and somewhat-disabling hand injury.

New York is also unlikely to offer a new contract that would pay him more than the $8.7 million he earned under the franchise tag in 2015. If JPP and the Giants can’t come to terms on a lower salary, the former All-Pro defensive end may seek to sign with a team that could get him closer to earning another championship.

Maybe the Seattle Seahawks will reach out to Pierre-Paul if free-agent pass-rusher Bruce Irvin moves along. 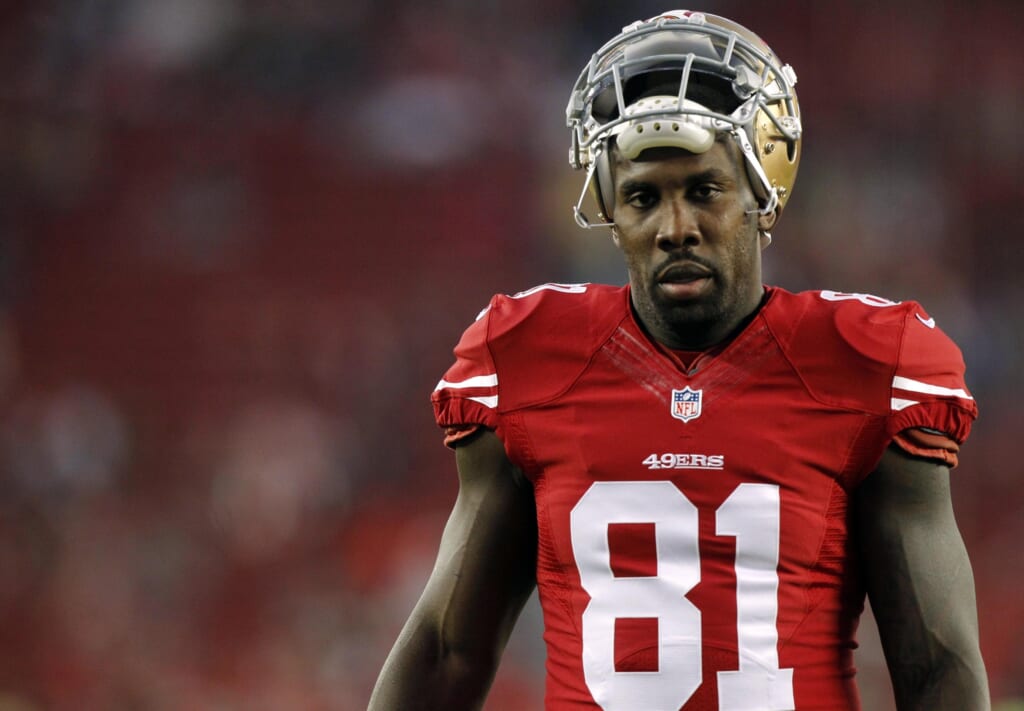 At 35 years of age, Anquan Boldin still has enough gas left in his proverbial tank to contribute to a winning team. Plus, he has earned a stash of over $62 million during the course of his 13-year career.

Slated to hit free agency, Boldin will likely need to entertain a pay cut less below the $6 million average he earned in his last two seasons with the 49ers. With Kelly not necessarily looked upon as a quick fix for the team, Boldin could benefit from seeking a change of scenery where his skills would be put to better use.

Catching passes from Tom Brady would be a pleasant sight if the New England Patriots decide it is time to release an underwhelming Brandon LaFell.

Under sub-optimal conditions in 2015, Boldin still managed 69 catches for 789 yards and four touchdowns in 14 games.

Set to enter free agency after completing his one-year $8.5 million deal with the Detroit Lions, Haloti Ngata will surely be looking to latch on to a better team this spring.

Having already earned $73.65 million during 10 NFL seasons and coming from a lackluster season in Detroit, Ngata may see a decrease in pay moving forward.

Joining a team more apt to make the postseason would be ideal. The 32-year-old is a five-time Pro-Bowler, two-time All-Pro and has one Super Bowl championship. Adding a second ring to the list of accolades would be all the more sweet as his career winds down.

After eight dedicated seasons with the Chicago Bears, Matt Forte made it known to the general public that the team doesn’t plan to re-sign him in 2016.

Despite my wishes, my days as a member of the Chicago Bears have sadly come to an end. I was informed earlier this week from the GM that they will not be attempting to re-sign me in free agency. I will remain forever grateful for my time spent in Chicago and being able to play for an organization with such a rich history. My only regret is not being able to win a Lombardi trophy for the best fans in all of sports. I'm excited about the next chapter of my NFL career. But, Chicago will always be home. God Bless and Bear Down!

Forte, 30, has concluded the final year of a four-year contract that paid him an average salary of $7.6 million. Despite his age, Forte will be one of the most sought-after running backs to hit the free agency because of his talent.

This doesn’t mean he’ll be able to draw an annual salary even close to what he had been receiving in Chicago, however. Knowing a cut in pay will go hand-in-hand with continuing to play football, Forte at least could seek the attention of a winning team in 2016.

Since Chicago drafted him eight years ago, Forte has only once made the postseason. The Bears were eliminated after two games in 2010.

Well-versed as both a rusher and receiver, Forte has averaged 1,075 rushing yards and 514 receiving yards per season. Surely there is a playoff-contending team that would benefit by adding Forte to its roster. 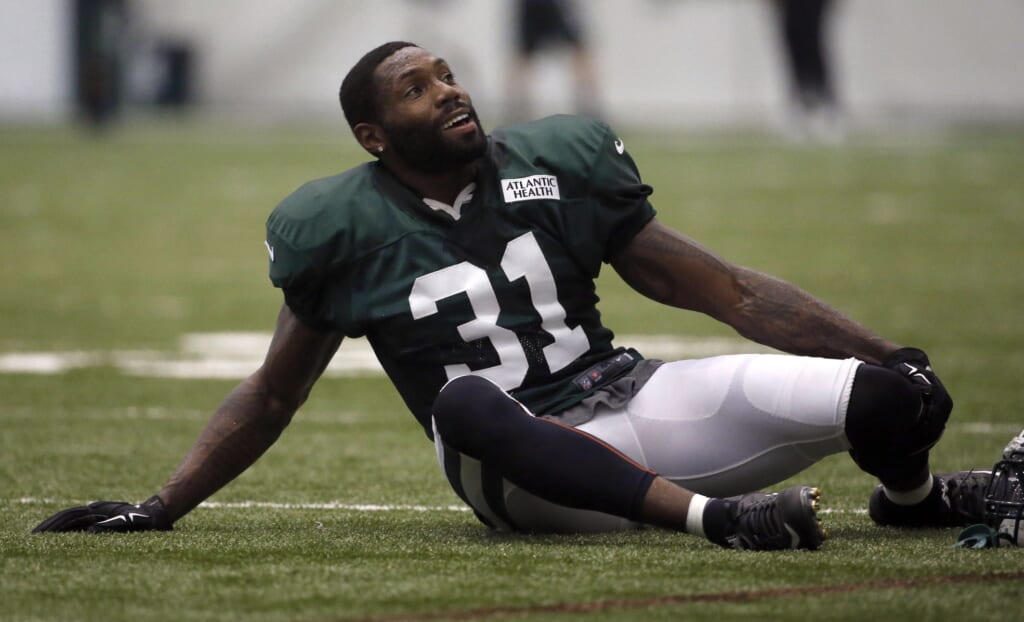 The New York Jets just released Antonio Cromartie after re-signing him to a four-year $32 million deal in 2015.

According to a report by Connor Hughes of Jets Wire, Cromartie only had $8 million of his new contract guaranteed, which he has already received. The move to free up $8 million in cap space for the upcoming season doesn’t cost the Jets a dime.

For the first time since his rookie season, Cromartie managed zero interceptions. He also had only 29 total tackles.

Having earned nearly $69 million through the course of his 10-year career and coming from a disappointing season, the 31-year old is looking at a reduction in salary. Cromartie might have accepted that, since NJ Advance Media reports the cornerback is willing to take a pay cut to remain with Gang Green.

If Cro can’t come to terms with the Jets, perhaps a team more likely to be Super Bowl-bound will be where he eventually signs on.

Following an early round of offseason cuts from the Rams, Jared Cook hits free agency after three years with the team. After completing his worst season in St. Louis when he tallied only 39 receptions for 481 yards and zero touchdowns, the news Cook’s release was not overly shocking..

At 28, Cook is sure to draw attention from a franchise in need of an upgrade at the tight end position. However, it would be unrealistic to expect another team to match Cook’s previous $7 million salary.

With a pay cut appearing inevitable, Cook might as well set his sights on transferring to a team more likely to bring his first career postseason appearance. 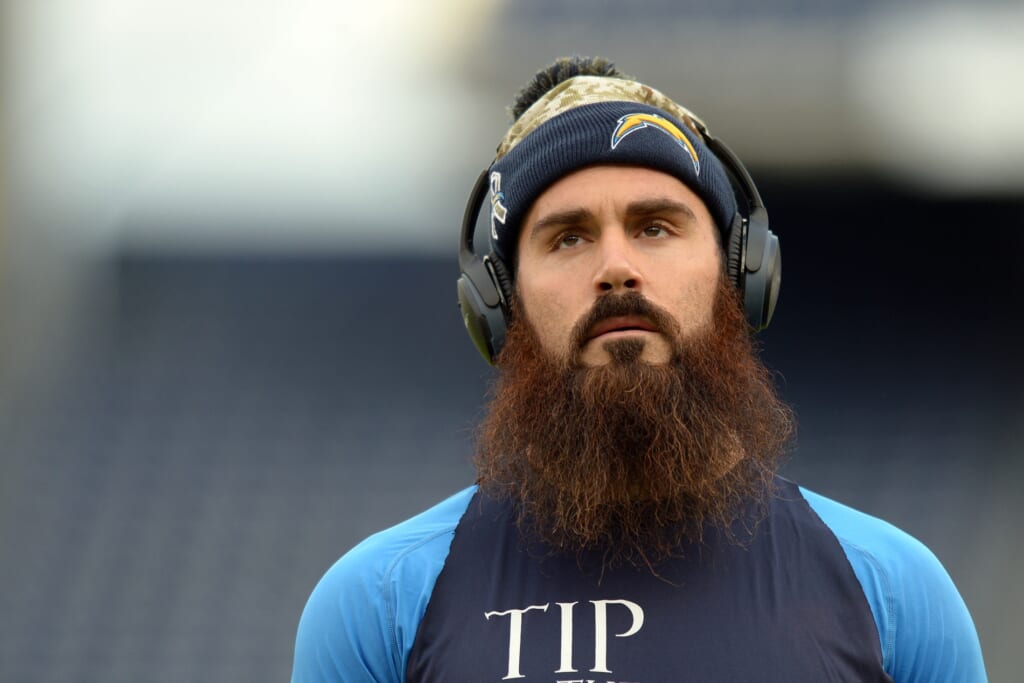 Eric Weddle and the San Diego Chargers departed the 2015 season on sour terms when the safety indicated that he will probably never speak to them again.

Finishing the last year of an original $40 million contract, Weddle is unlikely to return to an organization that he claims did not let him play in the final game of last season.

Furthermore, the safety hinted that he would like the opportunity to win a Super Bowl. Weddle doesn’t appear to believe that the Chargers are going to be that team anytime soon.

Realistically speaking, the 31-year-old safety is going to have to settle for less than the $8 million per year he had been making in San Diego, particularly after an average season.

The ultimate nail in the coffin of revenge would be to see Weddle join any AFC West rival, since each team posted a better record than the Chargers last year.

At the age of 29, Foster doesn’t appear to have much shelf life left. Plagued with injuries throughout his seven-year career, Foster currently has one more season left on his $43.5 million contract.

Since he’s just one fall away from being another season-ending casualty, the Texans could decide to cut Foster, who currently occupies $8.9 million in cap space. If Foster wants to eventually retire as a Super Bowl champion, the Texans don’t appear capable of that in the foreseeable future anyway.

Because of his age and injury history, Foster can’t command the top-dollar salary he once was worthy of. Perhaps the Patriots or Green Bay Packers could use a veteran like Foster to bolster their rushing attack. 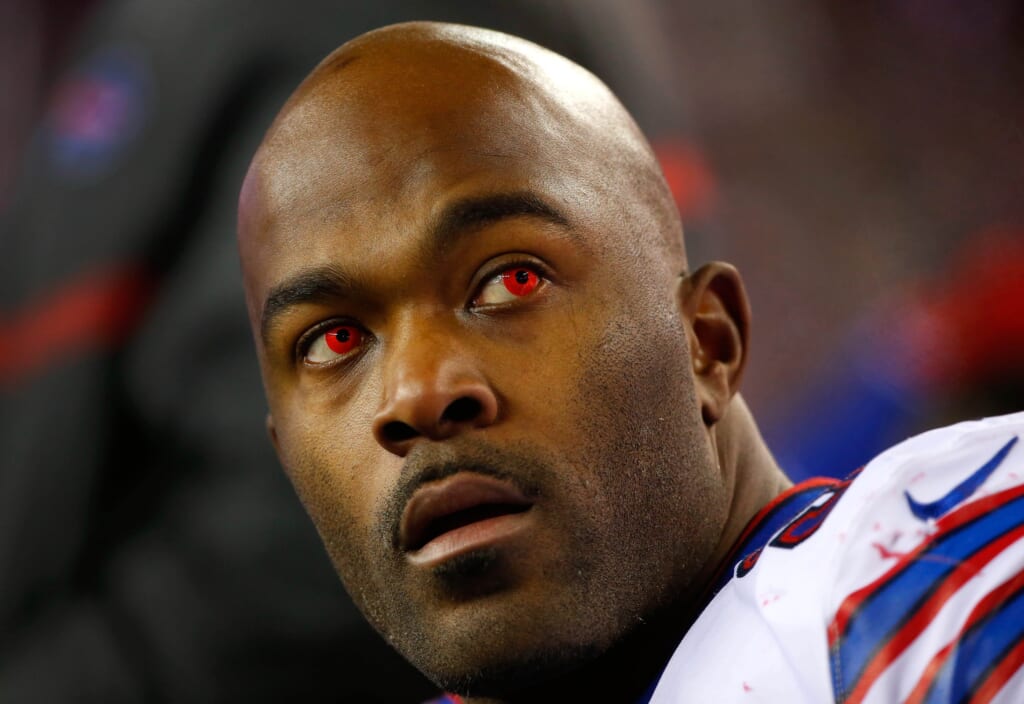 According to a late-season report, the Bills reportedly plan to cut Mario Williams after an extremely poor 2015 campaign.

The 10-year NFL veteran has had an extremely lucrative career and earned over $141 million. He will retire as one of the highest-paid players at his position. Though at 31, Williams may not be quite ready to hang up the cleats.

After spending six seasons with the Texans and another four in Buffalo, what better way for Williams than to finish out his career with a successful team?

The Carolina Panthers, who might be looking for pass-rushers, could be one landing spot for Williams this spring.