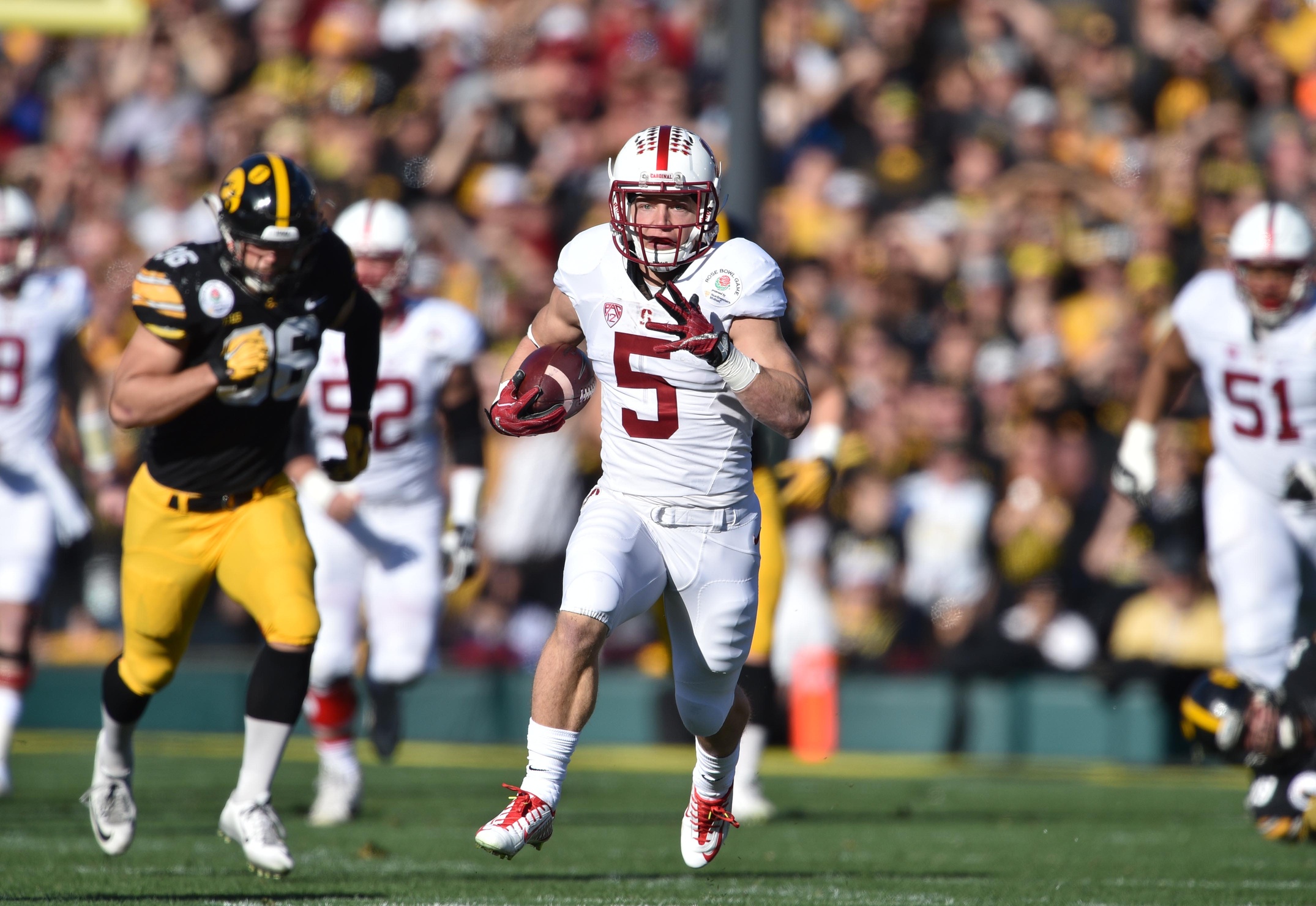 The bowl season is always a great way to end the year in college football. Few things are more enjoyable than watching the best players play at the highest level in the biggest games of the season.

Christian McCaffrey put up an incredible performance in the Rose Bowl, but he certainly wasn’t the first great college football player to do that. Going back over 100 years, that’s been a common occurrence in the bowl season.

So, who are some of the names that McCaffrey joined with his brilliant performance?

The first Rose Bowl was also a historical one, as it wasn’t even played to a full 60-minute conclusion. Michigan’s Snow scored five touchdowns en route to a 49-0 blowout, causing the Stanford coaches to throw in the towel with eight minutes remaining.

The performance from Snow and the Wolverines was so overwhelming that another Rose Bowl was not played until 1916.

Layne did a little bit of everything for the Texas Longhorns in their 40-27 victory over Missouri. One thing he did a lot of was score.

Texas scored six touchdowns. Layne ran for two, threw for two to Joe Baumgardner, and caught another from Ralph Ellsworth, winning the MVP. Performances like this eventually landed Layne in both the College and Professional Football Hall of Fame.

The Cornhuskers couldn’t win a third consecutive national championship in the 1972 season, but the 40-6 victory over Notre Dame in the 1973 Orange Bowl did make Nebraska the first team to win that game three years in a row.

Rodgers put an exclamation point on a Heisman Trophy winning season, scoring five touchdowns (3 rushing, 1 receiving, 1 passing). In total, he had 15 carries for 84 yards, three receptions for 71 yards and completed one pass for 50 yards.

Notre Dame trailed Houston 34-12 heading into the fourth quarter. Montana, the starting quarterback of the Irish, was sick for much of the day but healed up with some chicken soup in the Notre Dame locker room.

With Montana back in the game, Notre Dame scored 23 points in the fourth quarter. They scored the winning touchdown at the final gun when Montana found Kris Haines in the end zone.

More than nearly any player in recent memory, Frazier looked like a varsity player against the JV squad when his Cornhuskers took on the Florida Gators for the National Championship.

Frazier ran for 199 yards, with 75 coming on one of college football’s greatest plays.

Just a man against boys.

One of only two players to make this list in a loss. Vick and the Hokies fell 46-29 to the Seminoles, and the quarterback was the only reason the game was even that close.

As good as the stats were, this is one of those games where they don’t tell the full story.

Vick gained 97 yards rushing with one touchdown and passed for 225 with another, but kept the Seminoles on their toes all night. Thanks to Vick, Virginia Tech even led heading into the final quarter before Florida State finally put them away with an 18-point fourth quarter.

Virginia Tech led after three, but they had to have a pretty sizable comeback to be in that spot. Warrick was a big reason for Florida State’s early lead.

In addition to his special teams brilliance, Warrick accounted for 220 all-purpose yards, catching six passes for 163 yards and two scores.

We’re doing this list chronologically but if this was in order of impressiveness, Young would probably be in the top spot.

USC was a dominant team, but they were no match for Young. The Texas quarterback passed for 267 yards and ran for 200 and three touchdowns.

Two of those scores were also the final two of the game. With 6:42 remaining, the Trojans seemingly put the game on ice, going ahead 38-26 on a Matt Leinart touchdown pass to Dwayne Jarrett. Young closed the deficit on a 17-yard touchdown run and scored the winning touchdown on an eight yard scamper with 19 seconds left.

The Wisconsin Badgers scored 38 against Oregon, which was not enough. But it was one of the more exciting Rose Bowls ever played, and Abbrederis deserves a ton of credit for that.

Abbrederis caught four passes for 119 yards and a touchdown, he returned three punts for 26 yards, and eight kicks for 201 yards. It was a Rose Bowl record for all purpose yards, a record that stood for four years.

Iowa was a strong defensive team throughout the 2015 season. But they were absolutely no match for Stanford and McCaffrey in the Rose Bowl, who broke Abbrederis’ all-purpose yardage record.

McCaffrey set the tone for the game on its first play.

What an unbelievable way to start the #RoseBowl #ChristianMcCaffrey was magnificent today https://t.co/xdtsQrwxSB

When the dust had settled, McCaffrey had 18 carries for 172 yards, four catches for 105 yards and a touchdown, one kick return for 28 yards and one punt return for 63 yards and a score.

It was one of the best games in college football history, making an absolute blowout worth watching.