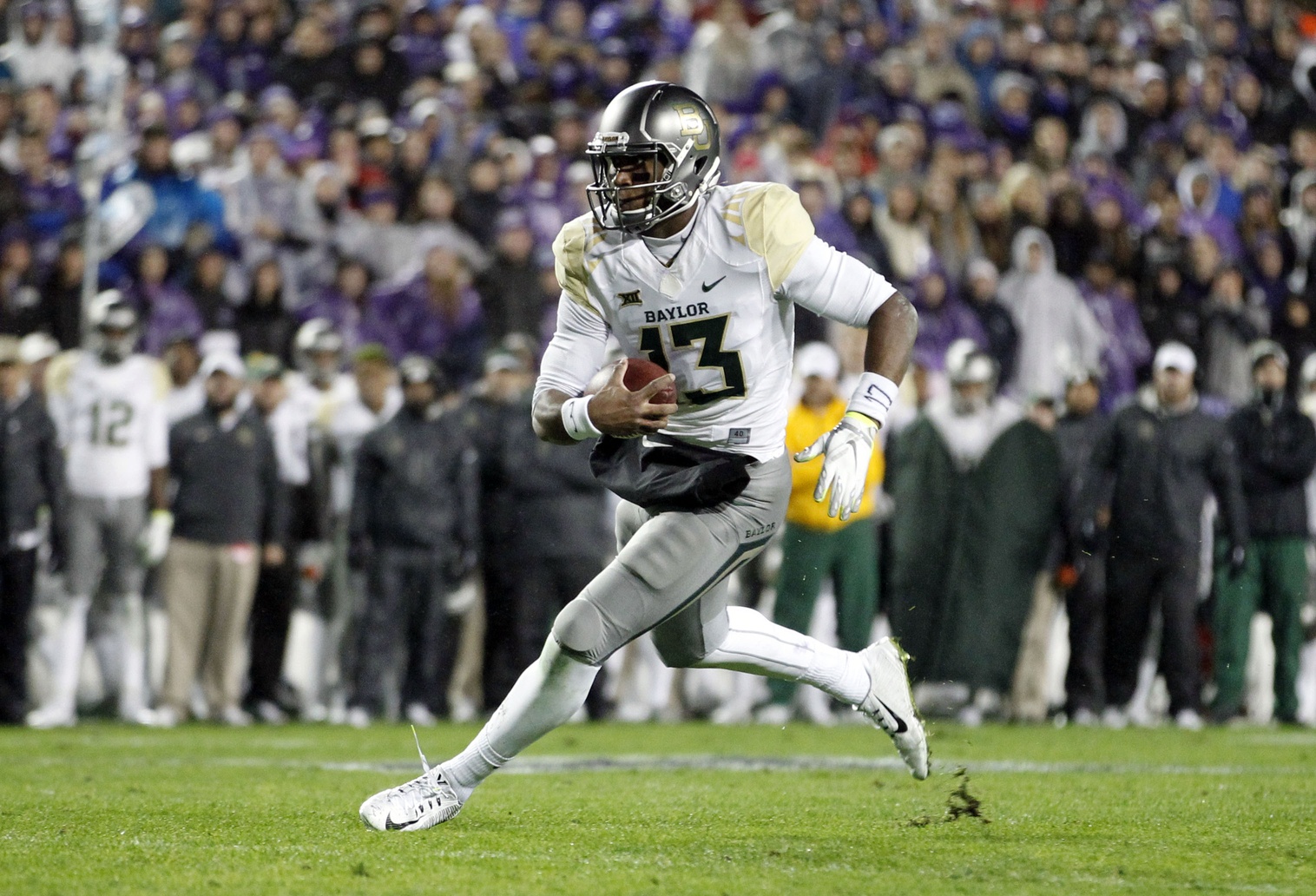 No high-profile college football team battled through more injuries than Baylor, but head coach Art Briles won’t need to prepare a fourth-string receiver to start at quarterback in the bowl game.

According to Matt Murschel of the Orlando Sentinel, Briles confirmed backup quarterback Jarrett Stidham is likely out for the Russell Athletic Bowl vs. North Carolina.

However, the Bears aren’t completely out of gunslingers. Third-stringer Chris Johnson, who was knocked out of Baylor’s loss to Texas, will return to his spot behind center.

Johnson doesn’t receive the same hype as Stidham, but the dual-threat sophomore is a welcomed sight after Briles and Co. were forced to send out Lynx Hawthorne in an emergency role during the 23-17 upset against Texas.

Stidham is considered the program’s quarterback of the future, since one-time Heisman Trophy candidate Seth Russell certainly locked down his starting job while healthy. A neck injury ended his 2015 season, but Russell should return for 2016 and command a championship-contending team.

For now, though, Johnson will lead a Baylor offense that faces a tougher-than-advertised North Carolina defense. If the bowl matchup goes as expected, the scoreboard will have plenty of points.

Shockingly, the Bears will need an actual college-caliber quarterback to keep up with Marquise Williams and the nation’s No. 11 scoring attack. Johnson is the best — and only — option capable of keeping Baylor competitive.