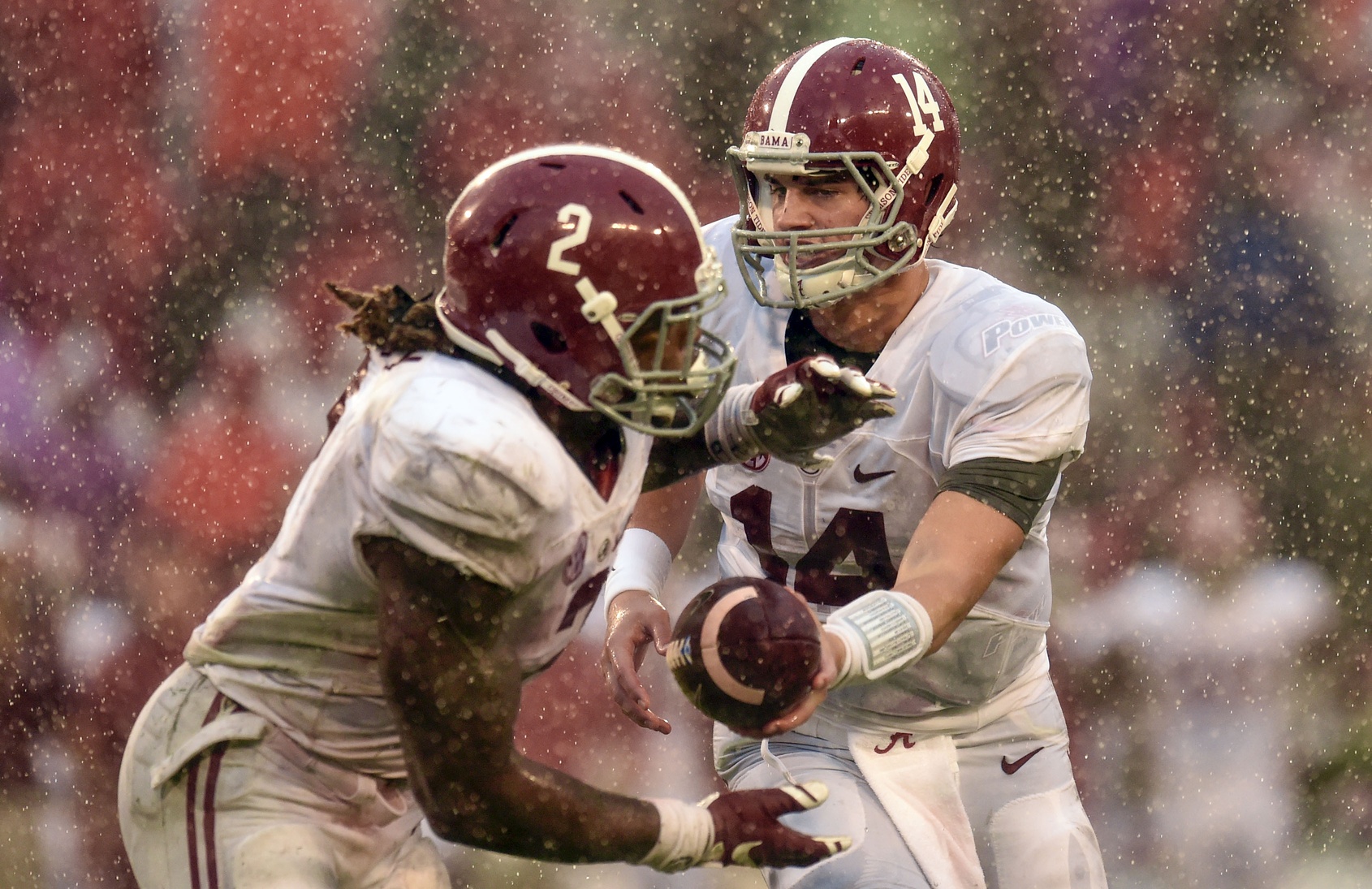 Take a look at the biggest games coming up in Week 1o of the 2015 college football season, and you will soon realize this is the most exciting weekend so far.

We’ve all experienced the giddy anticipation that comes from being a glutton for football. It’s fun to wake up with something to look forward to, and boy, there are a few “somethings” to look forward to on Saturday.

As a means to slake your thirst, we’ve got bold predictions — one for each team, and a final score prediction — for the three biggest games on the schedule, starting with an ACC rivalry game in Death Valley.

After a week off to heal up from an ankle injury, Cook will romp. He’s arguably the best running back in the nation and FSU’s offensive line is adept at making things easy at times.

Clemson’s defense is No. 11 in the nation in the run-stuffing department. The Tigers only allow 3.1 yards per carry and have surrendered just six scores. But Cook isn’t a one-trick pony. He can make big plays in the passing game, too, and could be utilized heavily as an outlet for whichever quarterback is behind center for Jimbo Fisher’s offense. 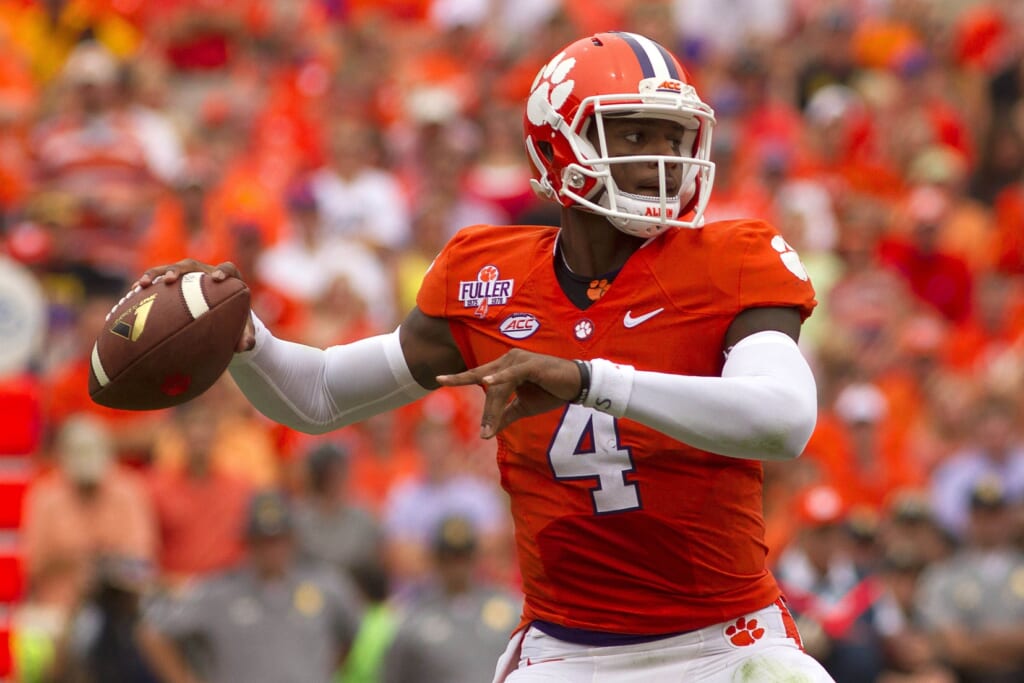 The Tigers would not be the hottest team in the nation (per the playoff rankings) without the play of Watson, who has emerged as a Heisman contender heading down the stretch. He scored six times last weekend and is always a threat to put points on the board, either by air or by land.

FSU’s pass defense is no joke, allowing just 6.1 yards per attempt and 10 touchdowns all year. But Watson has shown remarkable accuracy on deep passes, and he’ll continue doing so on Saturday to the tune of 350-plus total yards and four total touchdowns.

Bold prediction for TCU: Three receivers will exceed 100 yards with at least one touchdown

One of the great things about Heisman candidate Trevone Boykin is that he’s quite a distributor on offense. He’s not just looking for his first read on passing plays. Quite often he’ll find his second or third receiver on any given play.

On Saturday, he’ll have another huge game and will allow three receivers to do the same. Look for Josh Doctson, Kolby Listenbee and KaVontae Turbin to all exceed 100 yards through the air with at least one receiving touchdown after resting up on a bye in Week 9.

Senior quarterback J.W. Walsh is the change-of-pace quarterback for head coach Mike Gundy, but he’s quite capable of taking games over on the scoreboard. TCU’s defense has been known to give up big plays, and Walsh will make them.

We’re predicting two big plays in the passing game that result in scores and two rushing touchdowns for Walsh, who’ll keep the Cowboys in the game. 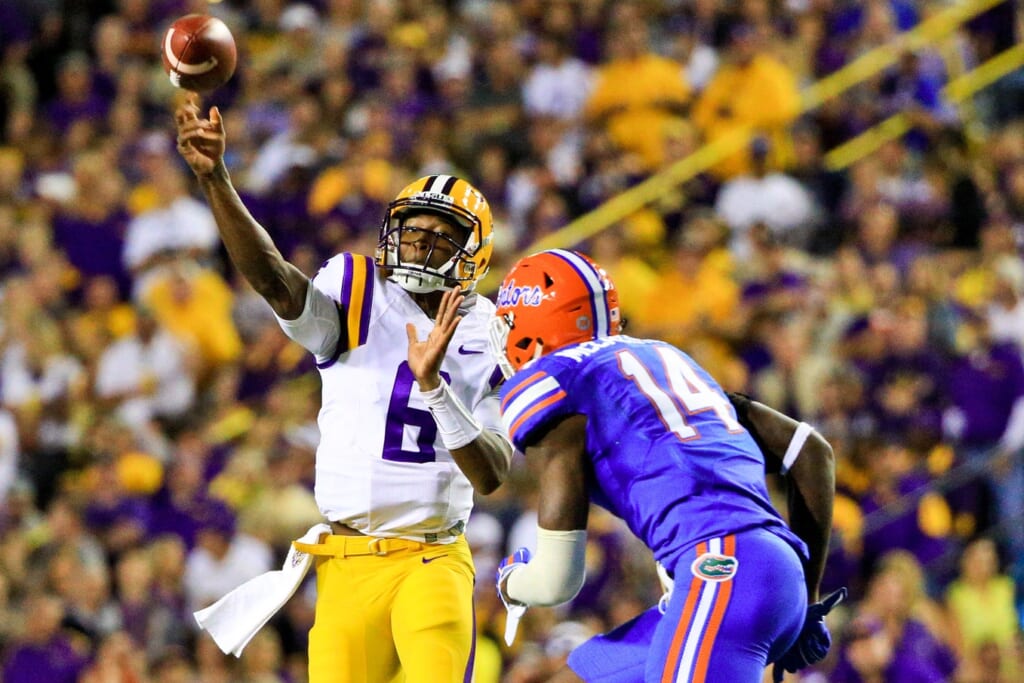 One of the things that has been developing for LSU as Leonard Fournette has consistently beaten up opposing defenses is a deep passing attack, led by sophomore quarterback Brandon Harris. He’s only had one game in which he’s passed for over 250 yards — last weekend, in fact — but he’ll be sharp on Saturday night, much like he was against Florida.

While the Crimson Tide expend energy on keeping Fournette in check, LSU’s trio of deep-threat receivers will get to work taking advantage of one-on-one opportunities. And Harris will find them multiple times to give the Tigers a chance to win the game.

This is the weekend in which Fournette finally starts losing some ground to Boykin in the Heisman race. Alabama’s run defense is unbelievably disciplined and stout, allowing just 2.6 yards per carry, 78.5 yards per game and just four total rushing touchdowns this year.

Les Miles won’t abandon the run, but Fournette just won’t approach his weekly average, which is 193 yards. While he struggles to churn out yardage, Henry will make some huge plays with his feet on the ground for the Crimson Tide, out-gaining Fournette in the process.