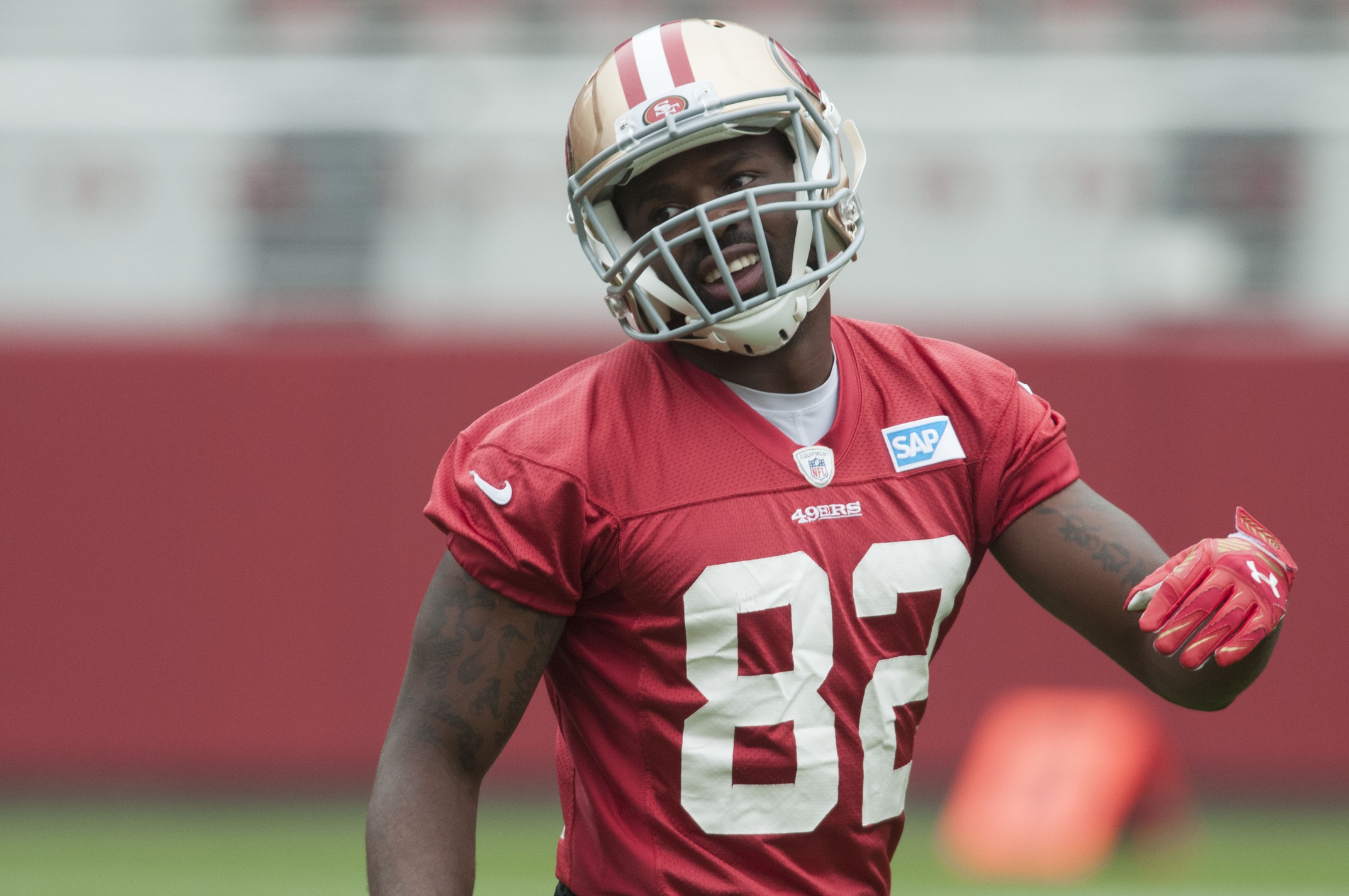 The San Francisco 49ers are in a terrible funk, having managed to score only 28 total points during a stretch of three consecutive losses.

Fans are afraid to come out from under the covers to find out what doom comes next for their beloved team, but wide receiver Torrey Smith tried to provide a little hope, per ESPN’s Paul Gutierrez.

“We’re a better team than what we’re showing right now. We’re better offensively than how we’re playing. To be honest, we work too hard to go out there on Sundays and play like that.”

Smith continued, saying it’s not fair to first-year head coach Jim Tomsula and the poor fans who are sitting through hours of agonizing games.

The 49ers receivers are part of the league’s worst passing offense after four weeks. Smith was spotted storming off the field Sunday after a horrid third-down throw from quarterback Colin Kaepernick on Sunday. For this, Smith regretted his action:

“My body language was horrible at times. I should never let my frustrations show, especially to y’all. It’s not a good thing.”

However, who could blame Smith. The chemistry between him, Anquan Boldin and their quarterback is about as horrible as it gets. Kaepernick has been missing wide open receivers by miles or simply doesn’t see them at all. When he panics, Kap is completely predictable and throws interceptions. That is, when he’s not getting sacked.

Smith said he doesn’t believe Kap’s confidence is fading, however, he did admit of the offense:

“The execution isn’t showing at all on game day.”

The 49ers have got to get with the program. So far, they have only scored 48 total points while letting opposing team score 110 points. The 62-point deficit in scoring is the worst in the NFL, and fans should not have to watch their ‘Niners spiral further out of control each week.