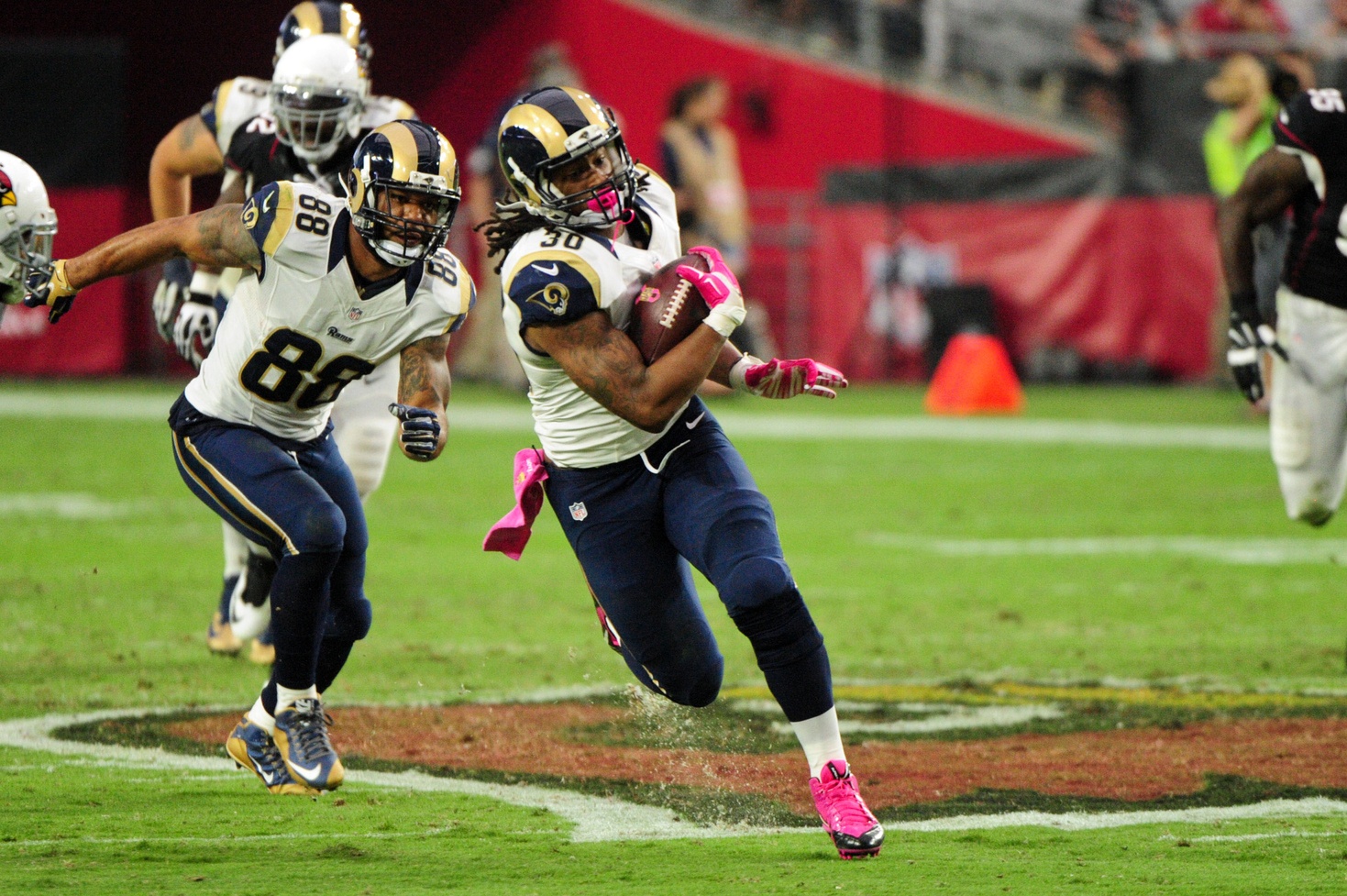 It’s the first game of the year for Todd Gurley, and all he sees is green in front of him late in the fourth quarter against the hated Arizona Cardinals. Instead of bolting to the end zone to claim his first score in the NFL, the St. Louis Rams rookie stopped and dropped at the eight-yard line with his team up by two points.

From there, all the Rams had to do for the win was take a few knees.

There is no doubt he would have loved to score his first NFL touchdown, but he resisted the urge.

There was still 1:17 left on the clock when Gurley went down, and he knew that scoring a touchdown wouldn’t guarantee a win for his team.

The only way to guarantee a win was to NOT score a touchdown.

“The way I’ve been coached here,” Gurley said to Peter King of MMQB.com over the phone after the game, “I know in a four-minute situation at the end of the half or the end of the game, if you have the lead, you don’t go out of bounds, and you don’t stop the clock. On that play, I didn’t care about the touchdown. I just cared about the win.”

Gurley showed a level of maturity and awareness that goes well beyond his years. This is the kind of play you’d expect Frank Gore to make, not a rookie in his first NFL action after missing the first three weeks of the season coming off knee surgery.

He ended up with 146 yards on 19 carries, averaging 7.7 yards per carry. Gurley looked sharp, was composed and looked every bit an NFL superstar in the making. Rams fans should be thrilled about what they saw, as he completely took over the game in the fourth quarter when his team needed him the most.