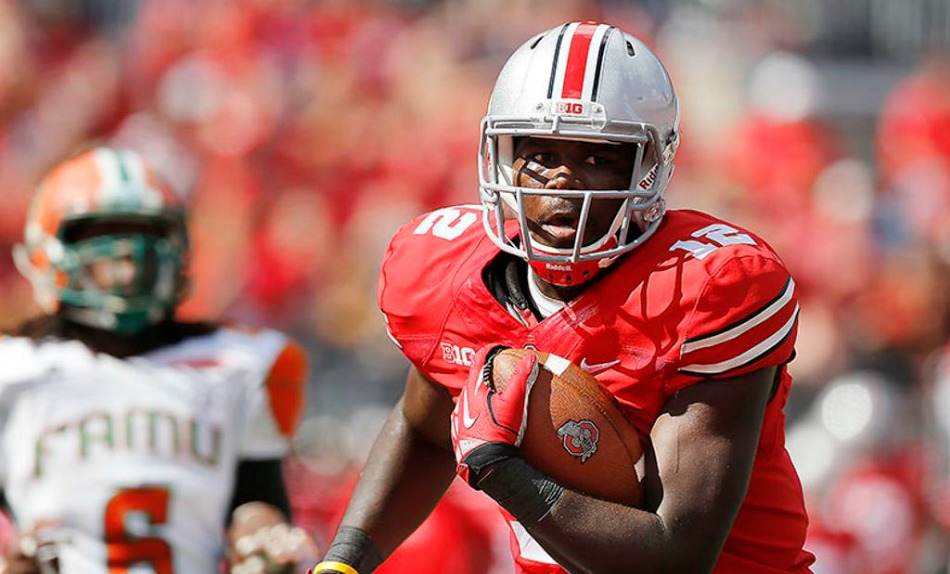 The Ohio State Buckeyes quarterback debate has its answer for Week 4, and Urban Meyer is sticking with Cardale Jones over J.T. Barrett.

In reference to Barrett, Meyer said “the other guy has to pass [Jones]” but said that hasn’t happened.

Through three games, Jones has undeniably assembled a few uninspiring games of football. The 6’5″, 250-pound junior has started every contest so far but completed 26-of-46 passes for just two touchdowns compared to three interceptions.

Barrett, on the other hand, hasn’t performed much better when appearing in garbage time against Virginia Tech and Hawaii or as a mid-game replacement last week opposite Northern Illinois. He’s connected on 20-of-35 attempts for 193 yards, two touchdowns and one pick.

Fortunately for Meyer and the Buckeyes, they still have another week to mess around under center. Ohio State hosts Western Michigan on Saturday, Sept. 26 and shouldn’t have much trouble ultimately dispatching the Broncos.

Nevertheless, the nonconference outing likely won’t come without a mini-controversy once again, and Barrett will probably receive a handful of reps at some point. Whether or not he capitalizes, though, is the bigger story.

Just because Jones struggles doesn’t mean Meyer will hand Barrett the starting reins. Meyer proved as much with this decision.