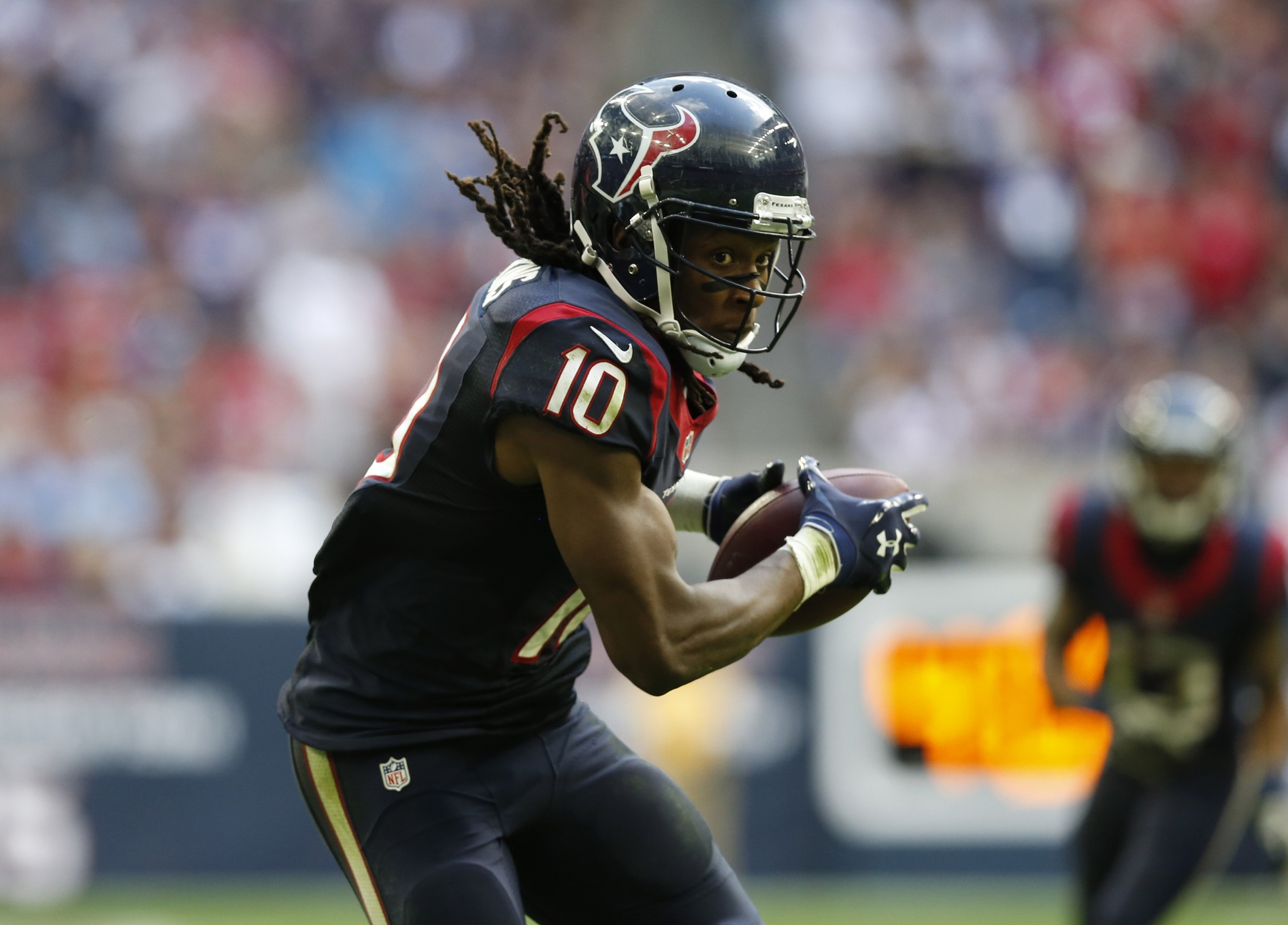 Every NFL receiver wants to catch each pass thrown his way, and Houston Texans standout DeAndre Hopkins verbalized that goal for the 2015 NFL season.

According to John McClain of the Houston Chronicle, Hopkins is focused on reeling in each target. The third-year wideout said:

“Zero drops is my goal.”

Hopkins continued, saying that even though he’s Houston’s undisputed No. 1 target, he doesn’t consider himself the guy. Hopkins said:

“The team comes first. That’s the first thing I’m thinking about—not accolades for myself. I have receivers to help me. I don’t really consider myself the guy.”

Now, the latter statement can simply be chalked up to Hopkins being a good teammate, something he certainly learned from since-departed teammate Andre Johnson, who signed with the Indianapolis Colts this offseason. But Hopkins is the guy—especially when running back Arian Foster is sidelined.

As for his zero drops remark, while a commendable goal, it’s also not necessarily an outlandish statement.

Per Pro Football Focus data (subscription required), Hopkins only dropped three passes in 120 targets last season. Additionally, during his rookie campaign, the Clemson product mishandled just one of his 91 targets.

Yes, it’s highly unlikely Hopkins can possibly avoid mishandling a pass. However, it’s not unreasonable to say he’ll come close. Jeremy Maclin, Larry Fitzgerald, Emmanuel Sanders, Odell Beckham Jr. and Jarvis Landry each racked up at least 100 targets in 2014 yet were tagged with only one or two drops.

Hopkins would become the first receiver in the PFF era (since 2007) to tally at least 100 targets and zero drops. It’s a bold goal, but he’s talented enough to accomplish it.