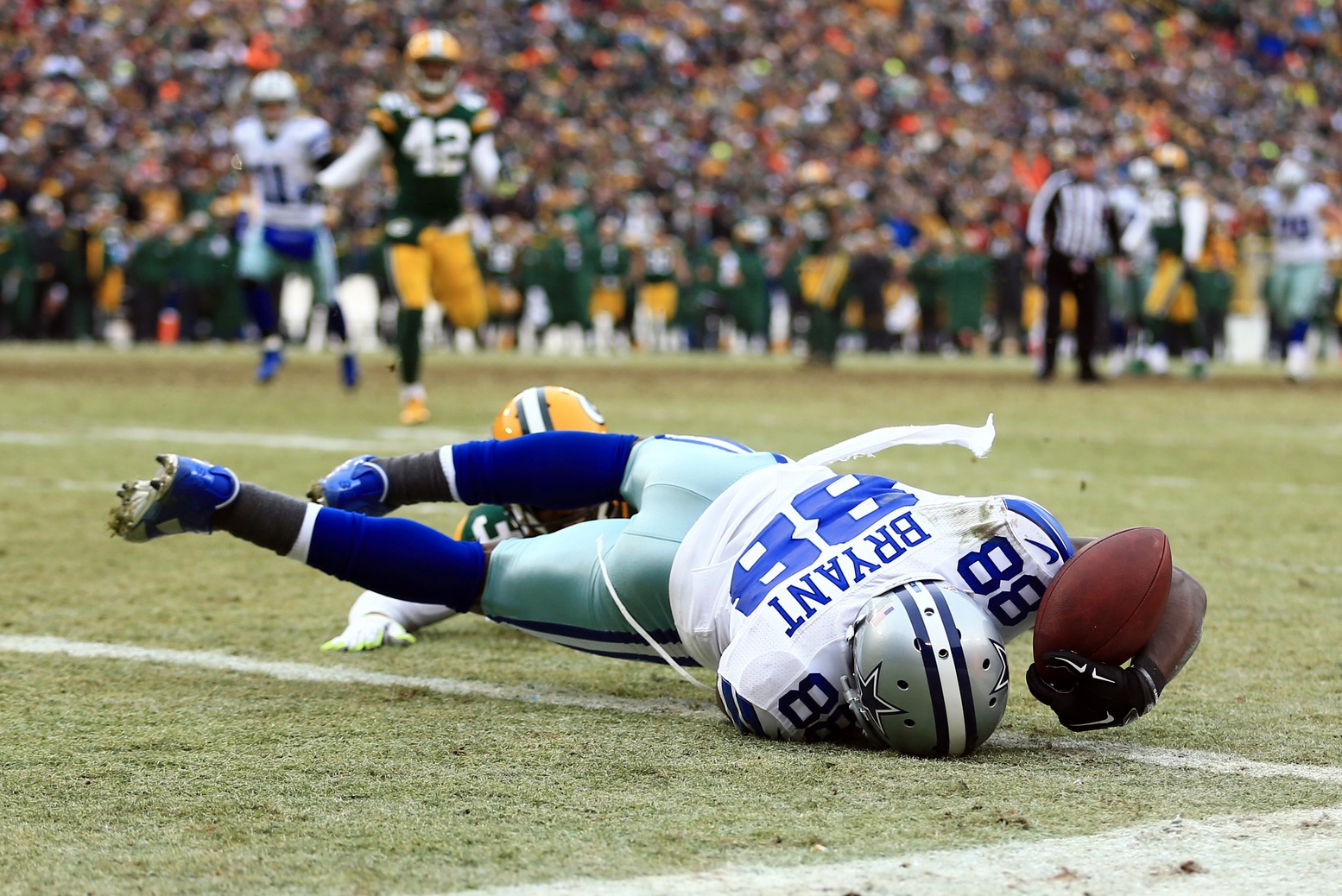 It’s been over six months since the Dallas Cowboys lost to the Green Bay Packers in heartbreaking fashion in the playoffs. This was the game that wide receiver Dez Bryant fought to remain in possession of a catch while landing near the end zone.

After a complete booth review, the catch was ruled incomplete. The “catch that never was” is still a popular topic of discussion to date. Speaking about the ruling at the official opening of the Dallas Cowboys Club at the Dallas/Fort Worth International Airport, vice president Stephen Jones addressed a question about the catch:

“As it turns out, according to the rule, I think the call was correct,” Jones said, per the Dallas Morning News. “Now, going forward is there a better way for some of these players like Dez Bryant, Calvin Johnson – is there a way to tweak a rule, you can say they should be catches under NFL rules. That’s for the competition committee and for us to continue to look for ways to get better. But I applaud everything that Dean has done.”

For now, the “Calvin Johnson Rule” doesn’t appear to be changing. If the play had been rules in the Cowboys favor, the outcome of that game likely would have changed. If so, we would have seen the Cowboys duke it out with the Seattle Seahawks for the opportunity to play in Super Bowl XLIX.