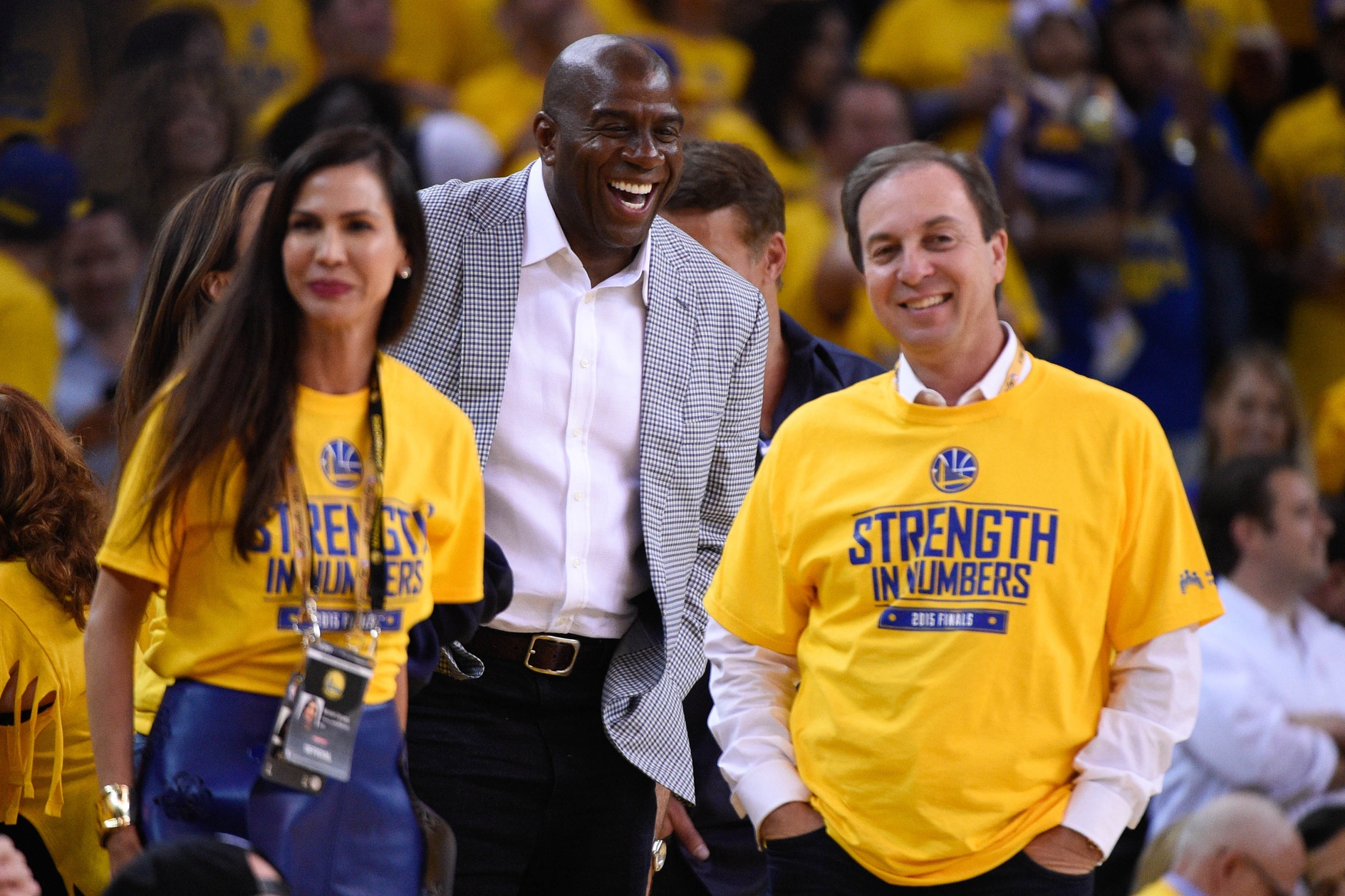 According to a report by TMZ Sports, NBC is interested in former NBA star and entrepreneur Magic Johnson as a potential replacement host for its reality show “Celebrity Apprentice.”

Presidential hopeful Donald Trump burned many bridges this past month when he made derogatory and racist comments about Mexican immigrants. Therefore, NBC, along with many major entities, cut ties with the outspoken Don.

As far as considering Johnson to take on the hiring and firing role on “Celebrity Apprentice,” it is reported that no negotiations have officially taken place. It is NBC’s plan to find a “successful minority businessperson who’s active in the inner cities” to host the show. Johnson, who is reportedly worth $500 million, certainly qualifies on that account.

The show is also considering hiring a Latino to replace Trump. Accordingly, it is showing interest in comedian George Lopez.

Whether NBC connects with Johnson remains to be seen. However, if the two parties should end up striking a deal, we can be sure Trump will have some interesting comments to share.

It just won’t be “you’re fired,” because those words have been spoken to Trump himself a lot over the past couple weeks.